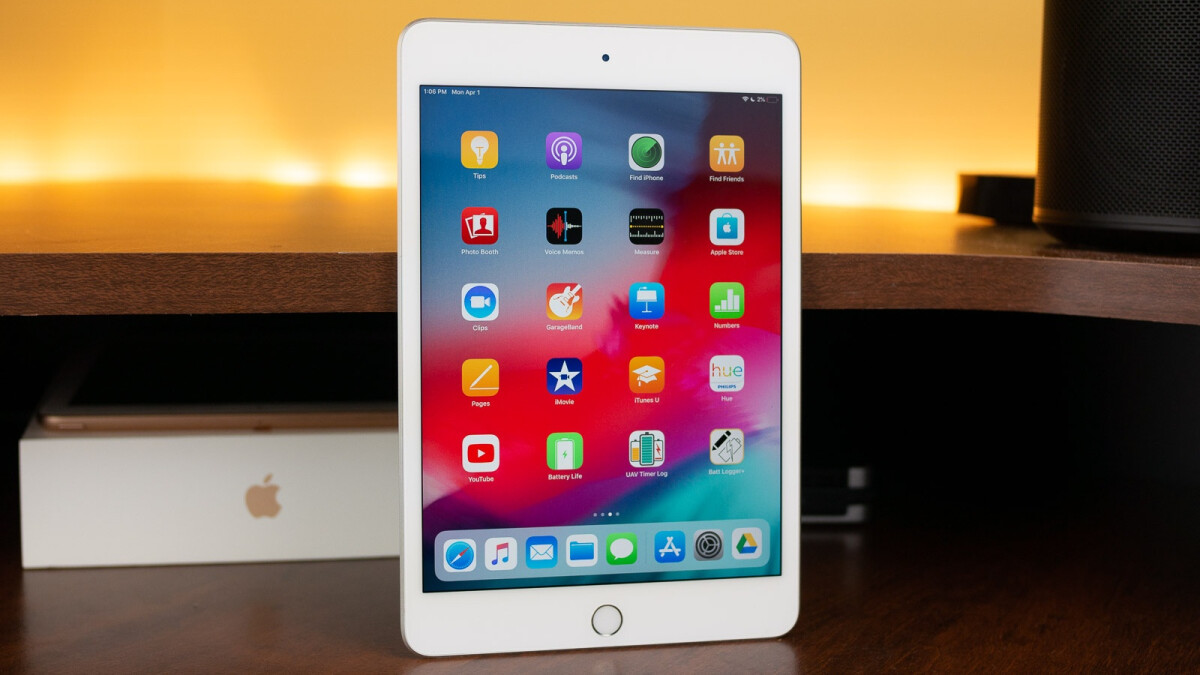 About a decade ago, I was still only accustomed to Android tablets. I later started using my girlfriend’s iPad 2, but the first iPad that was my very own was the iPad mini 2. I got it in late 2013 for the sole purpose of showcasing some presentations on the go, and had no idea how attached I would eventually become to that little thing.Remember, phones were still small back then, so the iPad mini 2 was actually a legitimately good YouTube-watching machine, and for the most part, it replaced my then-heavy and creaky laptop for things like video calling my family (who were many countries away), social media, note-taking and more.

As odd as it sounds in perspective, most of us can get attached to our things – anything from cars to tablets and phones – especially if those things are both useful and visually distinct from everything else that we own.

Well, this is the story of how I doubt I’ll ever feel such an attachment again, seeing as how nearly every modern tablet that goes through my hands looks exactly the same now.

Most iPads and Galaxy Tabs are the same slabs now

One’s an iPad and one’s a Galaxy Tab

That aforementioned iPad mini 2, the mini 4, and all other iPads I owned up to the iPad Pro (2017) – they all had distinctive side bezels, a flush camera (no bump), premium build and chamfered, slightly curved edges. I went with the white bezels, even though black makes more sense from a viewing comfort standpoint, because those white bezels had become my most memorable design feature about an iPad. Plus the rounded home key, of course.

But along came the year 2018, and the iPad Pro was morphed into a flat slab of glass and metal, with now equally small and thin black bezels only. Indeed – gorgeous, but now lacking any character, and being more utilitarian than ever. In the following years the iPad Air would also adopt this design, and most recently even the iPad mini 6.

On the side of Android tablets, Apple’s most worthy competitor – Samsung – has also slowly morphed its tablets from distinctive, with that good old pill-shaped home button and two touch buttons, to the same slab with small, equally-sized black bezels. From the front and the sides you can hardly differentiate an iPad from a Galaxy Tab these days, aside from the latter having a wide screen.

One’s an iPad and one’s a Galaxy Tab

These days only the budget iPad remains with that old school design I find so nostalgic, but since Apple’s nerfed it so the more expensive models are more desirable (e.g. it doesn’t even have a laminated display), it is indeed hard to go with it and not the iPad Air.

Sure, that’s progress – we also had phones that were a parade of colors and shapes once upon a time, which have all turned into essentially the same slab also. Progress!

Aside from the occasional foldable, like the amazing Galaxy Z Fold 3, both phones and tablets are now mostly the same from a design perspective, and at least to me – harder to appreciate and create the kind of bond I feel I had with the older iPads, or even my 2017 Xiaomi Mi Max 2 phone, which – probably related – looked like a small iPad mini itself.

But, if you’re in the same boat and feel like phones and tablets are no longer special, just samey utilities, and you believe you won’t have any fond memories about them 10 years from now, the way I do with my first iPad mini, I’m here to tell you there still are distinctive tablets coming out. They’re just not many… And some of them, not exactly popular. So let’s check them out and appreciate their uniqueness!

Here are a few tablets that still have design character, let’s give ’em some love!

In a sea of samey tablets, Lenovo stands out, as most of its tablets continue to have a distinctive rounded bar on the bottom, in which we have stereo speakers, and behind which is a convenient built-in kickstand. And speaking of kickstands…

All Microsoft Surface tablets follow the company’s own distinct design, most notably a built-in kickstand on the back, and complete lack of rounded corners around the display. Now, the latter is probably a thing that I would’ve liked to see, and there’s a reason why pretty much every other tablet has ’em these days, but props to Microsoft for staying true to their vision.

After all, rounded corners do hide a few pixels in the four corners of a tablet – and Microsoft ain’t having that just for the sake of aesthetics! This is definitely not Apple.

Again we look at Lenovo and for good reason – the Hong Kong-based company isn’t afraid to experiment, even if the resulting products flop on occasion. Can’t win without taking a risk, right?

Say what you will about how ridiculously inconvenient it is for a tablet to have a dedicated, yet flat, fully touch keyboard – but this thing has always looked beautifully-designed, thin and distinct to me. It comes with either Windows or Android too! Choices!

What’s that? Lenovo, yet again? The ThinkPad X1 Fold is being called “the first foldable PC”, because it’s running Windows, but let’s face it – as a touchscreen device that’s all-screen, so it’s technically also a foldable tablet.It’s not the thinnest, or lightest, or most affordable one out there, but who knows – foldable tablets could be the future – and this Lenovo device is the first bold step towards it.

After Samsung made fun of Apple for the iPhone’s notch, Samsung released a phone with a notch, then Apple released a MacBook with a notch… Why, it makes perfect sense for Samsung to follow that by releasing a tablet with a notch!

Say what you will about the Tab S8 Ultra’s design, but I’m starved for unique tablets, and this is definitely one such. Those super thin bezels and that notch do make it pretty distinctive! And indeed, I do find it beautiful, and do believe that years from now – I might fondly think back on it.

Stay tuned – our review of the Galaxy Tab S8 Ultra is coming soon!

Any visually distinctive tablets or phones on your radar right now?

Let us know in the comments if you believe you’ll remember your current phone in 10 years, or if it’s a characterless slab that simply does what you need from it, and that’s it.

Also, feel free to suggest any modern tablets or smartphones that you believe have plenty of character in their design, and deserve some love for being unique and special!