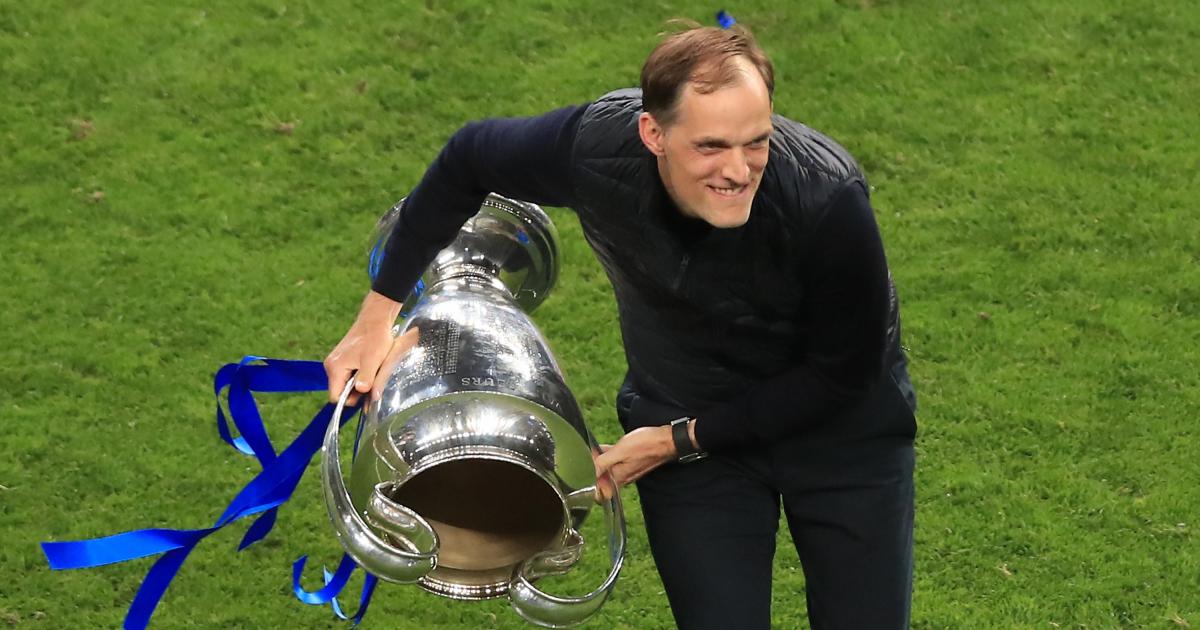 Real Madrid, in all their well-rehearsed pomposity and grandeur, would baulk at the idea of ever considering themselves underdogs for a high-stakes Champions League match.

This is Los Blancos’ competition, one they have won a record 13 times. Anyone they face is stepping into their house.

However, it is hard to consider them anything other than outsiders for this season’s quarter-final against holders Chelsea, the first leg of which takes place at Stamford Bridge on Wednesday.

Chelsea were deserved 3-1 aggregate winners over Madrid in last season’s semi-finals and, although Carlo Ancelotti has replaced Zinedine Zidane at the helm and established a healthy lead at the top of La Liga, the suspicion remains that they have made the most of a fallow year in Spain’s top flight.

That was only heightened by a 4-0 thrashing at the hands of a rejuvenated Barcelona in El Clasico and Madrid’s win over Paris Saint-Germain the previous round owed much to the French side’s astonishing capacity to self-destruct on such occasions.

The other key factor that seems heavily weighted against Madrid is the very presence of Chelsea boss Thomas Tuchel. Whoever he has been in charge of, the German tactician has always proved a match for the European grandees.

Tuchel only took charge of Chelsea in January last year but, by the time they arrived in the semi-finals just three months later, they were a well-grooved winning machine in their already-recognisable 3-4-3.

The visitors tore into Madrid at Valdebebas and Timo Werner should have opened the scoring before Christian Pulisic’s cute solo effort did just that in the 14th minute.

MORE: Simeone and Guardiola collide in the missing rivalry of this era

Madrid’s talisman Karim Benzema conjured a fine equaliser with a take down and volley on the turn – a supreme piece of centre-forward play having already struck the post from long range.

It remained all square for the second leg in west London, where Madrid were never really able to lay a glove on Chelsea – save for Benzema’s enduring excellence.

Werner belatedly located his finishing touch from a yard before the half hour and the excellent Mason Mount booked his team’s ticket to Porto five minutes from time.

1 – @ChelseaFC‘s Mason Mount 🏴󠁧󠁢󠁥󠁮󠁧󠁿 (22 years and 115 days) has become the youngest player in Champions League history to score in a semi-finals against Real Madrid. Jewel. pic.twitter.com/P51dZJAQT7

PSG experienced a familiar sinking feeling against Madrid in the last 16, having been unceremoniously dumped out at the same stage by the same opponents under Unai Emery in 2018.

But when the sides reconvened in the group stage the following season, Tuchel had been installed as the new man at the helm at the Parc des Princes and Madrid had to reckon with a steelier proposition.

In the home game, PSG thumped Zinedine Zidane’s side 3-0. Ex-Madrid winger Angel Di Maria was the hero, producing a smart near-post finish to open the scoring after 14 minutes and rifling home from outside the area after the half-hour.

Gareth Bale had a spectacular volley ruled out for handball, Benzema saw one chalked off for offside and the PSG collapse many might have expected did not occur on Tuchel’s watch.

Revenge looked to be on the cards in the return as Benzema poached the opener at the Santiago Bernabeu and, when the Frenchman powered home a header 11 minutes from time, that appeared to be that.

However, Kylian Mbappe pounced on a mix-up between Thibaut Courtois and Raphael Varane and Pablo Sarabia clipped a fine finish into the top corner to ensure the game ended 2-2.

How many unbeaten games against Real Madrid does Tuchel have overall?

When Borussia Dortmund and Real Madrid are mentioned in the same breath, people’s minds will always go back to when Jurgen Klopp’s side ransacked Jose Mourinho’s men to book a place in the 2012/13 Champions League final.

Tuchel succeeded Klopp as Dortmund boss in 2015 and a year later in the group stages, his BVB went blow-for-blow with Madrid.

Varane was also culpable but restored Madrid’s advantage, only for Andre Schurrle to emphatically find the top corner with two minutes remaining.

Benzema is certainly a man Tuchel won’t be delighted to see again and he found the breakthrough when the teams met in Madrid before heading the hosts into a 2-0 lead shortly after half-time.

But, once again, Madrid could not shake Tuche’s team, with Aubameyang reducing the arrears after an hour before turning provider for Reus to net another 88th-minute equaliser.

This was part two of what has now become a six-match unbeaten run for Tuchel against Los Blancos.

How many trophies has Tuchel won?

Real Madrid the institution can play a game of “show us your medals” and win against pretty much any other individual or club in the sport.

Although not the most prolific coach of his generation, Tuchel is building up a very handy collection and has lifted 10 trophies since 2016/17 – starting with Dortmund’s triumph in that season’s DFB Pokal.

He won back-to-back Ligue 1 titles with PSG, with the Coupe de France and Coupe de la Ligue added in 2019/20 to make that a domestic treble. The Trophee des Champions also resided in the French capital in 2018 and 2019.

Tuchel’s incredible instant impact at Chelsea rumbled all the way on to Champions League glory at the expense of Manchester City last season.

The Blues have since added the UEFA Super Cup and Club World Cup on the back of Kai Havertz’s winner in Porto and they remain in contention for the FA Cup this time around.

It amounts to a clash of serial winners in this mouthwatering Champions League quarter-final, where Tuchel must be confident of having Madrid’s number once again.