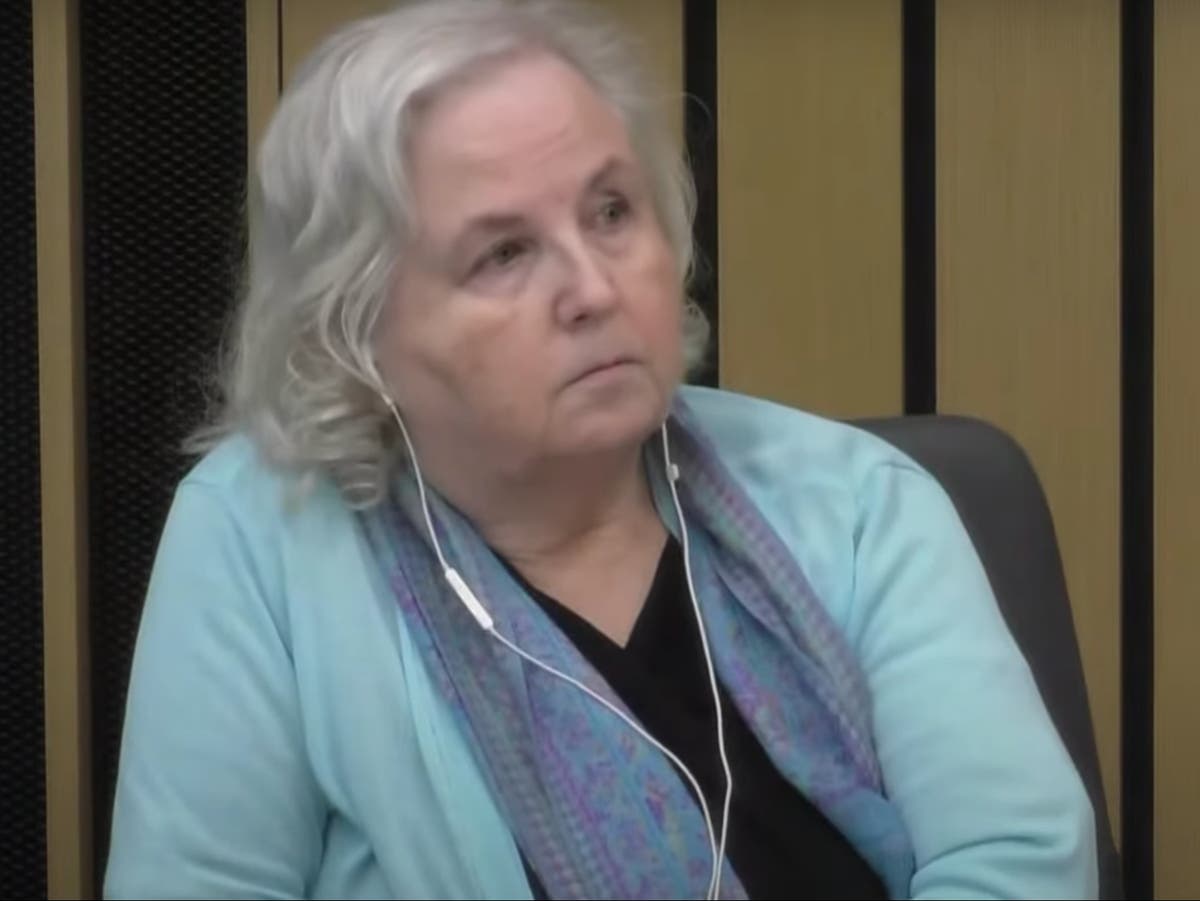 On the first day of the author’s trial, it was decided the jury would ignore the essay she had written years prior, titled “How to Murder Your Husband”.

Nancy Brophy penned the piece in 2011. It ran as a guest post on a writers’ blog. “As a romantic suspense writer, I spend a lot of time thinking about murder and, consequently, about police procedure,” Brophy wrote. “After all, if the murder is supposed to set me free, I certainly don’t want to spend any time in jail. And let me say clearly for the record, I don’t like jumpsuits and orange isn’t my color.”

Seven years after the essay’s publication, Brophy’s husband died. Daniel Brophy, a chef, was found dead on 2 June 2018 inside the Oregon Culinary Institute, where he taught. He had been shot twice. Nancy Brophy was arrested three months later and charged with his murder. Her trial opened on Monday (4 April) in Portland.

The prosecution has alleged that she was motivated by the prospect of monetary gain and stood to collect $1.4m following her husband’s death. The defence has argued that Brophy and her finances both deteriorated after the death, that the pair were in love, and that the prosecution’s case is circumstantial.

According to the picture of the couple painted by Deputy District Attorney Shawn Overstreet on day one of the trial, the Brophys met met in the 1990s, while Nancy studied at the Oregon Culinary Institute. The pair married in 1999 and bought a house in a suburb of Portland, where they lived until Daniel Brophy’s death in 2018. Daniel had a child from a previous marriage; he and Nancy did not have children together. Nancy worked as a caterer and sold insurance products, including life insurance, Deputy District Attorney Shawn Overstreet told the court on Monday. She also wrote and self-published several romance novels, which she described online as involving “rugged men, strong women, and a good story.”

On her personal website, Nancy Brophy recounted the moment she knew she wanted to marry Daniel: “I was in the bath. It was a big tub. I expected him to join me and when he was delayed, I called out, ‘Are you coming?’” Daniel’s response – “Yes, but I’m making hors d’oeuvres” – convinced her he was “Mr Right”.

“Like all marriages, we’ve had our ups and downs, more good times than bad,” she continued. “Most recently we have spent 14 nail-biting months living in an apartment while our house was rebuilt from a house-fire. In the process, I have acquired an in-depth knowledge of kitchen cabinets, bathroom plumbing fixtures and leaking roofs. If this writing thing doesn’t work out, I plan to investigate becoming a contractor who specializes in on-time, under-budget remodels. Believe me there is a fortune to be made by the builder who can deliver on his promises.”

The “How To Murder Your Husband” blog post was an early topic in Nancy Brophy’s trial. In it, Brophy listed five potential “motives” that might lead someone to kill their spouse. The first reads “financial (this is big)”.

“Divorce is expensive, and do you really want to split your possessions? Or if you married for money, aren’t you entitled to all of it?” Brophy wrote. “The draw back [sic] is the police aren’t stupid. They are looking at you first. So you have to be organized, ruthless and very clever. Husbands have disappeared from cruise ships before. Why not yours?”

The last of the five “motives”, “it’s your profession”, reads: “Now we’re talking. You already possess both skill and knowledge. You have the moral ambiguity necessary to carry it off. Quick hit and you fade from the scene. Get your payment upfront from someone else, because life insurance probably won’t send a check.”

At the opening of the proceedings, Judge Christopher Ramras granted a motion from the defence to exclude the blog post from evidence. “Any minimal probative value of an article written that long ago is substantially outweighed by the danger of unfair prejudice and confusion of the issues,” the judge told the court.

The first moments of Brophy’s trial have so far focused on love and money. Money, because the prosecution has claimed it was Brophy’s motive in the alleged murder. The Brophys’ financial situation started shifting in 2016, Overstreet told the court on Monday, when they struggled to pay their mortgage, drained their only retirement account, and took out a loan on a life insurance policy. At that point, the district attorney contended, the pair spent over $1,000 a month in life insurance premiums and were caught in a “pattern of overspending” that meant they would soon find themselves in “financial despair”. Overstreet alleged that Nancy Brophy began researching and planning her husband’s murder in 2017 amid more financial difficulties.

Defence attorney Lisa Maxfield countered the prosecution’s narrative, arguing in part that one of the life insurance policies entered into by the couple provided that all premiums would be reimbursed if Daniel Brophy reached the age of 78 – and therefore, his longevity would have been more profitable to the couple. (Daniel Brophy was 63 at the time of his death.)

Maxfield argued that the pair’s life insurance policies were the result of financial planning decisions, especially as they got older. (Life insurance premiums go up as policyholders age.) She told the court that Daniel Brophy’s sudden death upended some of the couple’s financial plans. Seeking to poke holes in the prosecution’s notion that Nancy Brophy killed her husband to collect life insurance policies, Maxfield told the court: “Murder can be a huge complication when it comes to life insurance. At the very, very best, a murder will seriously delay the payment of insurance proceeds.” She argued that by June 2018, around the time of Daniel’s death, the Brophys were “in pretty good financial shape.”

And then, there was love. In her opening argument, Maxfield described the Brophys as a united couple, and Nancy Brophy as a devoted spouse. “During this trial, the state will present a circumstantial case that begs you to cast a blind eye to the most circumstance of all,” she said. “What’s that? Well, it’s love.” She described Nancy Brophy as having been “grief-stricken” and “in total shock” following her husband’s death.

The prosecution has relied on surveillance footage it says shows a minivan being driven by Nancy Brophy around the area of the Oregon Culinary Institute on 2 June 2018. Overstreet alleged on Monday that Brophy researched “ghost guns” (homemade guns assembled from parts) and bought one that was later found by investigators when they searched a storage unit she was renting. It did not appear that Brophy ever built it, Overstreet said, because she did not possess the necessary skills to do so. Brophy, the prosecutor alleged, eventually purchased a firearm at a gun show and a slide and barrel on eBay. The slide and barrel purchased on eBay are “the only firearm or firearm part that law enforcement did not uncover in this investigation.”

Maxfield argued that Brophy made a number of purchases as part of her research work as a writer. “To support her writing, Ms Brophy has spent good money on night vision goggles, a telescope, law-enforcement-quality handcuffs, high-powered binoculars, art supplies, antique glass doorknobs, and lots and lots of locks,” she said. The defense attorney said she would call as witnesses at least two other writers, one of whom bought “a giant crossbow” in support of her writing, while the other, identified as Delilah, purchased a chastity belt for similar purposes.

Nancy Brophy’s trial is expected to last seven weeks. If convicted, Brophy could be sentenced to life in prison with a minimum of 25 years.