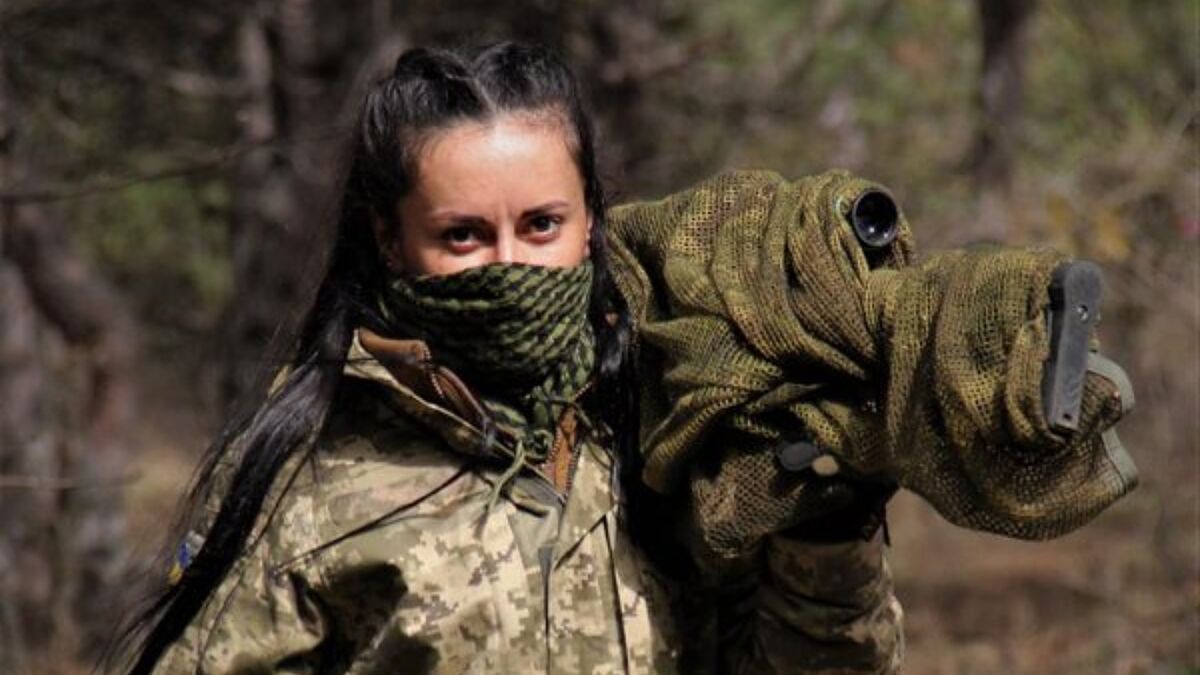 As we enter the final stage of the Ukraine war’s second month, there are still war heroes who are worth talking about such as ‘The Ghost of Kyiv‘, ‘The Ukrainian Reaper’ or ‘Wali‘. This time, a woman who goes by the name of ‘Ugoliok’ (Charcoal) is taking all the headlines. The Ukrainian special forces hyped her up with a post on their official Facebook page where they tell a little bit of her story without revealing her true identity. They did post a couple of pictures of her covering her face and revealed she’s been with the Ulraine land forces since 2017. In January this year, her contract expired but she soon enlisted back when the war in Ukraine began.

This brave woman had a battle cry that The Times reported in which she specifically says fascists are less mindless than Russians. In fact, the made a ‘Lord of the Rings’ reference by comparing them with orcs. ‘Charcoal’ has turned into one of the Ukraine armed forces biggest symbols while serving under 35th Infantry Real Admiral Mykhailo Ostrogradsky, who sanctioned the Facebook post. This woman has sowrn to battle Russians until the very end of this war and she doesn’t care about dying whilst defending her homeland. This is what she said: “We must take them all out. These people are not human beings. Even the fascists were not as vile as these orcs. We must defeat them.”

‘Charcoal’ in the modern-day ‘Lady Death’.

Legendary Lyudmila Pavlichenko managed to kill 309 nazis during World War II, she became famous with the name of ‘Lady Death’. After the war ended, she was awarded the USSR’s highest honor: she was named Hero of the Soviet Union. The Ukrainian armed forces decided to not offer any details about the new hero’s exploits but they sure hyped her up on this post. This is yet another example of how much Ukrainians can be resilient in the face of death. ‘Charcoal’ is the latest in an exclusive list of people who would give their life to defend their country.