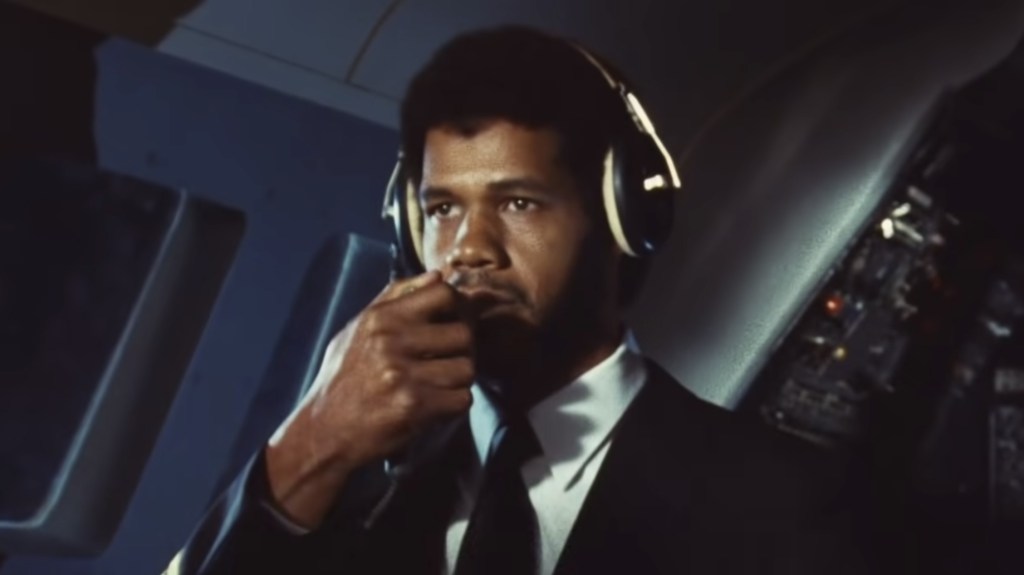 SPOILER ALERT: This article contains spoilers for “Pieces of a Man,” the April 3 episode of “Winning Time: The Rise of the Lakers Dynasty,” which is now streaming on HBO Max.

After spending its first few weeks exploring the rookie rise of Los Angeles Lakers point guard Earvin “Magic” Johnson (Quincy Isaiah), HBO’s “Winning Time: The Rise of the Lakers Dynasty” narrows its focus to another ball-player in its fifth episode, one whose days as an emerging talent are far in the rearview mirror. Kareem Abdul-Jabbar (Solomon Hughes) has been a reserved presence through the show so far, stepping away from practices at training camp and staying quiet around his team members. But as “Pieces of a Man” reveals, Abdul-Jabbar’s aloof temperament runs much deeper than a veteran’s lack of interest.

“When I came to Allah as a younger man, my faith was pure. For the first time in my life, I felt that I had a purpose. It made myself a rich man. Famous because I put a ball into a basket. But now I see a world that is no better for my being here,” Abdul-Jabbar confesses while visiting a mosque in the episode. After taking his Muslim name and using his popularity on the court to become a prominent civil rights advocate, the player has become dissatisfied with his limited ability to better the world around him.

Hughes also possessed some complicated feelings about basketball before being cast as Abdul-Jabbar in “Winning Time.” The 42-year-old, six-foot-eleven actor is a former ball-player himself, having played center for the University of California, Berkeley from 1998 to 2002. But after spending some time with talent scouts and training camps after college, Hughes decided to walk away from the sport.

“This experience has really made me love the game of basketball. Working with a number of people — writers, producers, execs — who loved the game, and seeing it through their eyes has really just increased my appreciation for it,” Hughes says in an interview with Variety. “College basketball was a machine, at least when I was playing. It’s easy to get disillusioned because it’s a business. It’s professional, but under the guise of amateurism. At the end of the day, you’re playing for a team where the coach’s job rests on wins and losses. That pressure absolutely bleeds down into how you’re experiencing it. And so, for all the rhetoric like, ‘This is the college experience and we just want you to have fun,’ everybody’s focused on the bottom line. That was part of why I fell out of love with it.”

By the end of “Pieces of a Man,” Abdul-Jabbar seems to be reinvigorated, playing furiously on the court alongside Johnson and dropping one victorious sky hook after another.

Here, Hughes talks to Variety about his own personal journey as an athlete, how he prepared for his role without having access to Abdul-Jabbar and what led him to his latest gig — coaching his daughter’s middle school basketball team.

Do you have an NBA team? Who do you root for?

Growing up, I was a diehard Lakers fan. I felt like that up until I was in my 20s. Then I started following individuals more, but I would say I’m always happy if the Lakers win a championship.

Could you explain your personal journey with basketball after playing at UC Berkeley? How did you continue to pursue the sport after college and how did you arrive at the decision to step away from it?

After I graduated, I was invited to the Portsmouth Invitational, which is one of the most important opportunities to get drafted. And I laid an egg. I played so terribly, so I left there pretty demoralized and then came back to southern California and tried to improve my game. The Lakers brought me in for a pre-draft tryout. I think the reality was they were bringing me in as an extra body, but at the very least I got into a facility. Obviously, I didn’t get drafted, didn’t make the Lakers. I found out through a couple of local players that the Harlem Globetrotters were putting together a team of former college players and former NBA players to do a 14-game series of exhibition games against college teams. It was real basketball, we weren’t doing any tricks or anything like that. After that, I played in Mexico for about a month and then I came back and the Phoenix Suns invited me to try out for their summer league team. I felt like I put my all into it. And they let me know at the end of the camp that I needed a few more years. At that point, I’m like, “All right, I don’t know that I want to go overseas.” I’m one that needs to be around community. It was right around that time that I started thinking about going back to grad school and charting a different course. I had a mentor who said, “Solomon, I’ve watched you for years and I feel like what I see is someone who likes basketball, but doesn’t necessarily love basketball.” That was a very accurate and honest assessment of where I was. I love collaboration, I love working within teams, but the sport in and of itself, I just really liked. Looking back on it, I was doing it just to make some money. That always precedes something bad happening.

It sounds like working on this series was the most you had engaged with basketball in quite some time.

Some of the figures that appear on “Winning Time,” like Kareem Abdul-Jabbar and Magic Johnson, have steered clear of being involved in the production. I want to give you the space to comment on that dynamic and discuss how you prepared to play Abdul-Jabbar without having access to him.

I did attempt to reach out. His team was not interested, and I absolutely respect that. I’ve been a lifelong fan of who he is. Obviously, there could have been some convenience to getting an opportunity to chat with him. That said, Kareem has been generous with regards to how much he’s shared about his life. I’ve been reading about Kareem since I was a kid. [His autobiography] “Giant Steps” is one of the first big books that I read growing up. In addition to everything that he’s written about himself, there’s what other people who have played with him wrote about him. And, in this YouTube era, there’s an abundance of footage of old interviews and game tapes. I can only imagine what it would feel like to have someone portraying you or writing feel a TV show about you, but what Kareem has written about himself and produced about himself, I definitely benefited from.

“Winning Time” marks your first on-screen performance. What was it like interacting with more veteran performers?

This was as welcoming a professional environment as I’ve ever been in. It really felt like family. Sure, you hear that a lot. But I’m 43 years old, and I’m coming into the industry after a couple decades of experience in the professional world outside of entertainment. It’s changed the way I approach things. I’m actually one of the coaches on my daughter’s eighth grade basketball team. On this team, there are girls who have been playing basketball for a long time and there are girls who are brand new to the game. And I got to share this with them. We are one team. Everybody’s coming in with different expertise. The one thing you can do, if you’re more seasoned, is you can be welcoming, because that makes people feel like they belong and they’re going to do better. When I think about some of the places I’ve worked in higher education, belonging is a big part of the rhetoric around how you help students thrive. I feel like people went out of their way to make me feel like I belong. We were just in the moment trying to create something beautiful. It’s changed the way I think about my responsibility when it comes to welcoming people into new spaces.

You said you stepped away from basketball, but you are coaching your daughter’s team? What’s that experience like?

So she doesn’t really like basketball. But she decided that she wanted to play for the school team and it was kind of a last second decision. A good friend of mine who was coaching invited me along to assist him. This was an opportunity to spend more time with my daughter, so I was in. I was surprised that she wanted to play. I don’t know that she’ll play beyond this. But at the very least, it’s like maybe her last hurrah, and I could get to be a part of that.

Are you interested in exploring more acting opportunities moving forward? Or is this project a one-time thing for you?

Oh, I’m very interested. This has been the most rewarding thing I’ve ever done professionally. It’s the connection, the vulnerability and the telling of stories that can give us greater insights into other people’s lives and experiences. This is me. I hope to get a second season and then go on from there. I love this space and I’m hopeful for more opportunities.

This interview has been edited and condensed.