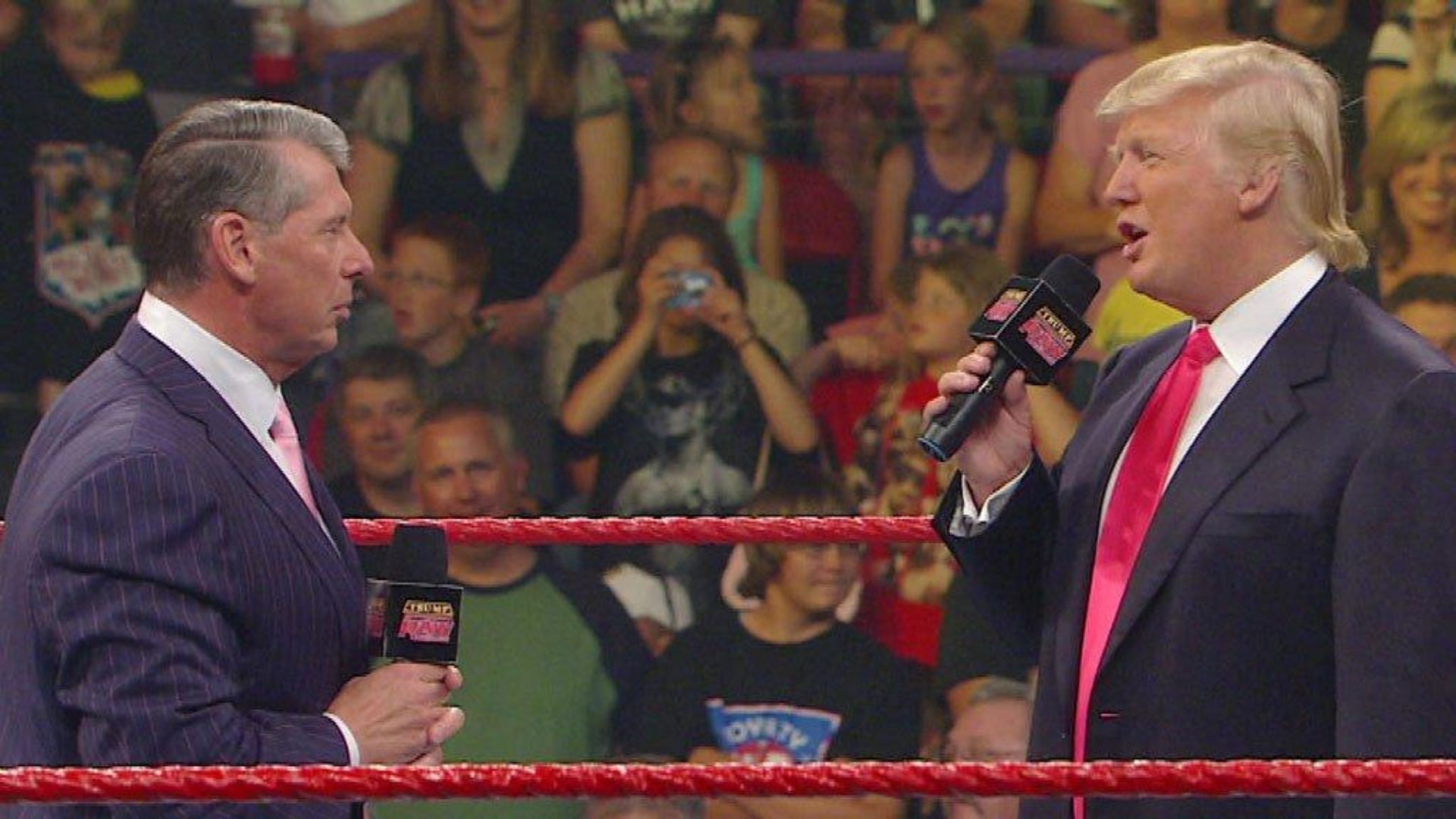 WWE Hall of Famer Jim Ross has shed light on how Donald Trump behaved backstage during his cameo with the company in 2007.

Trump’s association with the world of sports entertainment was built around a rivalry with Vince McMahon. Billed as the Battle of the Billionaires, both handpicked a performer to battle on their behalf at WrestleMania 23, with the loser having to get his head shaved in the middle of the ring.

Jim Ross recently revealed on his podcast, Grilling JR, that Trump was focused more on one thing backstage while during events: female superstars.

“I had several conversations with him and he kind of relied on me to translate some of the wrestling-speak which I did, the best I could,” Jim Ross said. “He seemed to me to be more interested in the divas than the rest of the show. ‘Who’s she, what’s that one,’ that kind of thing. But I can’t say that’s a mistake, he’s a healthy red-blooded American man and sometimes his little head thinks for his big head, hell, I don’t know.” H/T Wrestling Inc

One of the most fun live experiences at a #WrestleMania was the Battle Of The Billionaires. Trump vs McMahon. Two young guys getting the rub. Stone Cold as the ref. It was great. The Donald rugby tackling Vince, the awful stunner, Vince’s head shaved. Mania at it’s best!

One of the most fun live experiences at a #WrestleMania was the Battle Of The Billionaires. Trump vs McMahon. Two young guys getting the rub. Stone Cold as the ref. It was great. The Donald rugby tackling Vince, the awful stunner, Vince’s head shaved. Mania at it’s best! https://t.co/TSeILa9ai1

Although Donald Trump’s entire career has been painted with controversy, his time spent in World Wrestling Entertainment led to one of the most exciting WrestleMania moments in history.

Did JR feel threatened by the arrival of a new commentator in WWE?

In 2008, Michael Cole took the place of Jim Ross as the lead announcer on Monday Night RAW.

The appointment reflected the new corporate direction WWE was heading towards, with Jim Ross seemingly not part of those plans.

In a recent interview with The Press Box, Michael Cole stated how Jim Ross may have felt threatened after he joined the company.

“You have this guy coming from the news and knows nothing about sports entertainment,” Cole said. “I think Jim felt a bit threatened at the time, and he shouldn’t have been. Jim was a greatest of all time. So there was a little bit of competition between us in the beginning. But it flattened out rather quickly, and Jim really helped me understand what it meant to be an announcer in WWE.” H/T Wrestling Inc

While their commentating styles displayed many contrasting aspects, both Jim Ross and Michael Cole have presented fans with historical soundbites to accompany some of the greatest ever moments in WWE.