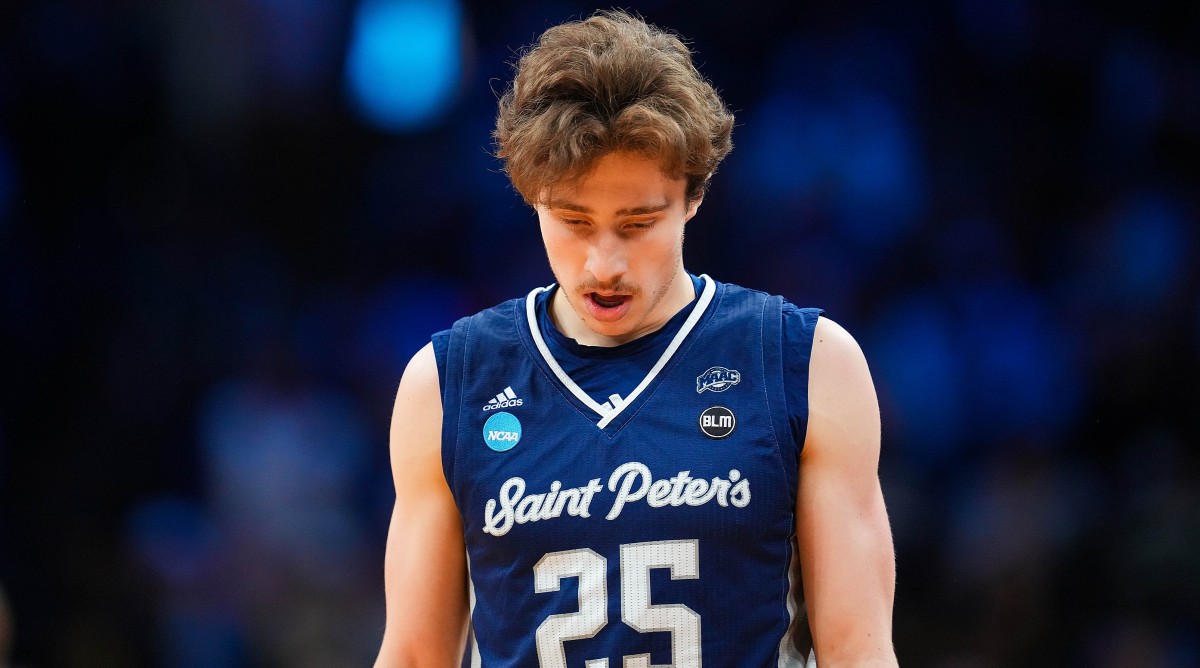 After becoming one of the faces of Saint Peter’s Cinderella run in the 2022 men’s NCAA tournament, Doug Edert has reportedly entered the transfer portal, according to Joe Tipton of On3.

“I want to start by thanking my family, friends, coaches, teammates and Peacock Nation for an amazing three years at Saint Peter’s University,” Edert said in a statement to On3. “I have nothing but love for everyone who has been by my side throughout my journey. With that being said, I have entered the transfer portal. I’m excited for what is to come and looking forward to exploring other opportunities for my basketball career.”

Edert burst onto the scene in March by scoring 20 points off the bench in No. 15 Saint Peter’s first-round upset win over No. 2 Kentucky. The 22-year-old guard averaged 11.3 points per game on 38.5% shooting from the field, as well as 3.5 rebounds and 1.3 assists per contest in the tournament. During the regular season, he averaged 9.5 points and 2.5 rebounds while shooting 45.3% from the field and 41.1% behind the arc.

Edert parlayed his March Madness success into a name, image and likeness deals with Buffalo Wild Wings and Barstool Sports. He also gained over 100,000 followers on Instagram during the Peacocks’ Cinderella run.

Although Saint Peter’s will surely miss Edert, he’s not the only player exploring a departure from the MAAC program this offseason. Daryl Banks and Matthew Lee are also in the transfer portal, according to On3’s Matt Zenitz.

The first notable member of Saint Peter’s to leave the school this offseason was coach Shaheen Holloway. Shortly after the Peacocks’ time in the tournament came to an end, Holloway accepted the head coaching job at his alma mater, Seton Hall.