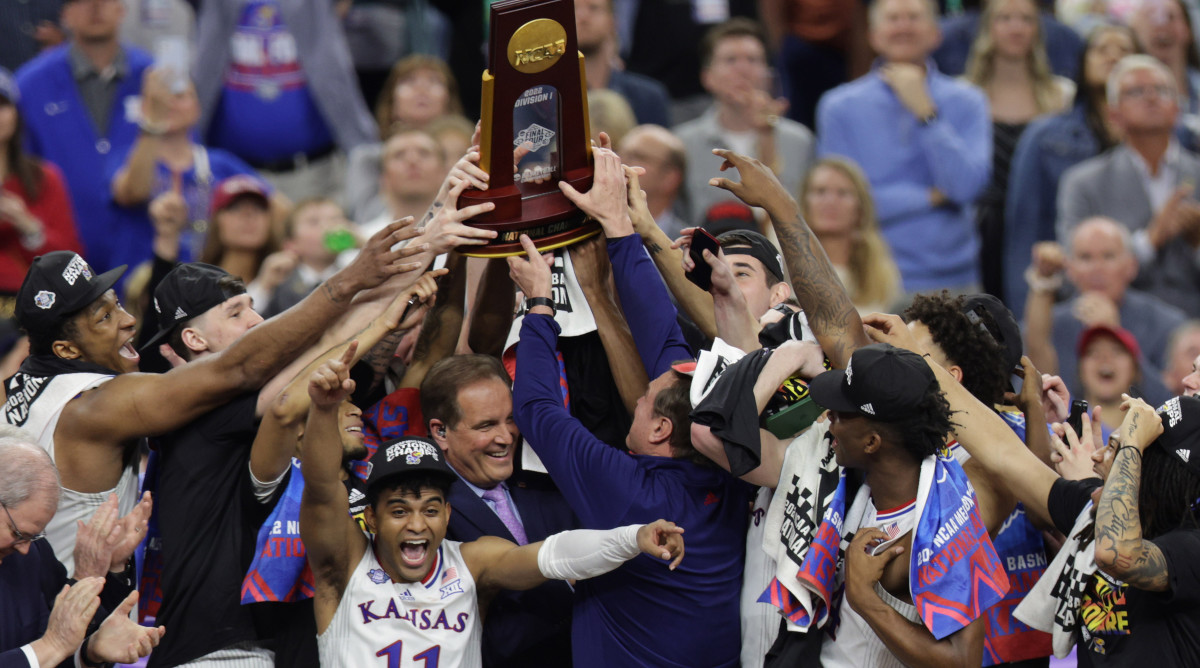 Emmert, standing feet away from coach Bill Self moments after KU’s 72-69 win over UNC, mistakenly called the team the “Kansas City Jayhawks” before handing the mic back to CBS broadcaster Jim Nantz.

Emmert quickly corrected himself after the awkward moment before Nantz gave the mic to Tom Burnett, the chair of the NCAA Division I Men’s Basketball Committee, who awarded and congratulated the Jayhawks for their victory.

Emmert’s primetime botch gave fans inside the Caesars Superdome and around the country a nice viral clip to remember about the big night, although the bulk of the conversation will surely center around the amazing game that proceeded the ceremony.

• Dawn Staley’s Holistic Approach Defines a Team That Couldn’t Be Stopped
• Jon Scheyer Will Have the Talent to Win in Year 1 at Duke
• With a Torch Passed and Destiny Denied, Coach K Rides Into the Sunset