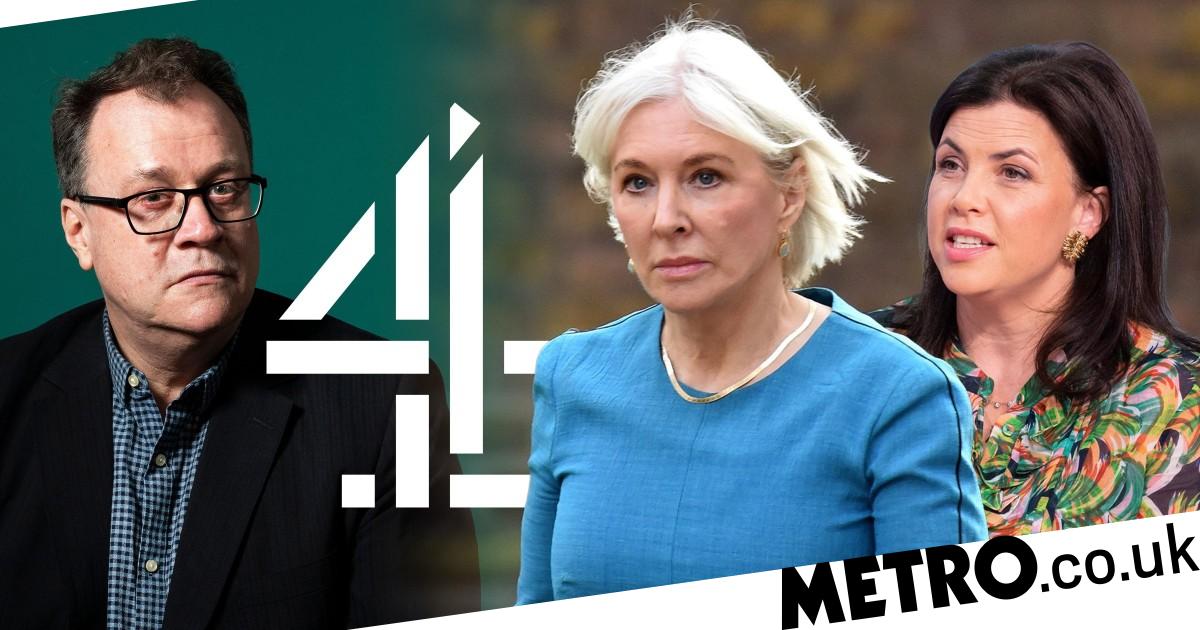 Channel 4 has said plans to privatise the broadcaster fail ‘significant public interest concerns raised’ with many stars coming out to criticise the new government plans.

Controversial plans have been discussed for the last few months, but the government has come to the decision to privatise the corporation, with the move being announced on Tuesday.

It’s said this is in order to secure long-term funding for Channel 4 as streaming giants – such as Amazon Prime and Netflix – continue to grow in popularity.

In a statement, a DCMS spokesperson said: ‘Following an extensive consultation on the future ownership of Channel 4, the Culture Secretary has come to a decision and is now consulting with Cabinet colleagues.

‘We want Channel 4 to flourish and thrive in the face of a rapidly-changing media landscape. It holds a cherished place in our broadcasting landscape and we want that to remain the case.

‘We set out our preferred option for a change of ownership to give the corporation new freedoms to innovate and grow while continuing to make an important economic, social and cultural contribution to the UK. We will announce further details shortly.’

However, the plans haven’t come without mass upset from the broadcaster itself, as well as stars who’ve been involved with its programming.

A Channel 4 statement called the plans ‘disappointing’ as it noted: ‘With over 60,000 submissions to the Government’s public consultation, it is disappointing that today’s announcement has been made without formally recognising the significant public interest concerns which have been raised.

‘Channel 4 has engaged in good faith with the Government throughout the consultation process, demonstrating how it can continue to commission much-loved programmes from the independent sector across the UK that represent and celebrate every aspect of British life as well as increase its contribution to society, while maintaining ownership by the public.’

An influx of famous names such as It’s A Sin writer Russell T. Davies, Kirstie Allsopp and Sue Perkins have also voiced their concerns.

Line Of Duty writer Jed Mercurio shared: ‘The sale of C4 will inflict huge damage on homegrown creative companies, all to silence a critical news outlet, and, as if it even needs mentioning, make a few quid for their mates while they’re about it.’

Raised By Wolves creator and journalist Caitlin Moran commented: ‘I used to think politics was more nuanced, but these days, when the government announce they’re selling Channel 4, you just think, “Which one of their rich mates has said they want to buy it?” Is this their only idea? Selling all our stuff?’

Location, Location, Location host Allsopp responded to the news with a series of tweets slamming the proposal, culminating in her writing: ‘Never has independent news & current affairs been more important, so what does our Government do? It decides to sell a public service broadcaster, bunch of t**ts.’

Former Great British Bake Off host Perkins added: ‘A government that talks about celebrating British achievements in the same breath as selling them off to foreign investors. We are sunk.’

The writer of It’s A Sin, Davies, previously said privatising Channel 4 would be a ‘great crime’ that would result in programmes like his hit series not being made.

No price tag has been set by the Government yet, but reports suggest the channel could be sold for as much as £1 billion in a process that could take several months, with the proposals needing to pass through both the House of Commons and Lords.

The broadcaster is owned by the Government but, unlike the BBC, it receives funding from advertising.

Channel 4 is a public service broadcaster, but UK taxpayers do not fund it. Instead, it is funded wholly by advertising revenue. This means it can put public service before profit, at zero cost to the taxpayer.

It was founded in 1982 to deliver content to under-served audiences.

It also currently delivers economic value for the UK creative industries, which are worth over £111bn to the economy.

What does privatisation mean?

A privatised Channel 4 would essentially focus on delivering profits first and foremost, rather than diverse and distinctive content for audiences.

It would end the broadcaster’s special model of relying on independent production companies to make programmes, and reinvesting profits in new shows.

The change would also mean Channel 4 would end up with no legislative duty to nurture new talent or reflect diversity in the UK.

Culture Secretary Nadine Dorries said in a tweet that she wanted the broadcaster to remain a ‘cherished place in British life’, but felt that government ownership was ‘holding Channel 4 back from competing against streaming giants like Netflix and Amazon’.

She added: ‘I will seek to reinvest the proceeds of the sale into levelling up the creative sector, putting money into independent production and creative skills in priority parts of the country – delivering a creative dividend for all.’

Plans for the sale, on which there has been a public consultation, will be included in May’s Queen’s Speech.

If it does go ahead, it will be the biggest privatisation of a company since Royal Mail in 2013.

It’s not the first time the government has attempted to privatise the broadcaster.

In 2014, the government drew up proposals to privatise the Channel Four Television Corporation. However, the proposal was rejected by the Liberal Democrat Business Secretary Vince Cable.

If you’ve got a celebrity story, video or pictures get in touch with the Metro.co.uk entertainment team by emailing us celebtips@metro.co.uk, calling 020 3615 2145 or by visiting our Submit Stuff page – we’d love to hear from you.