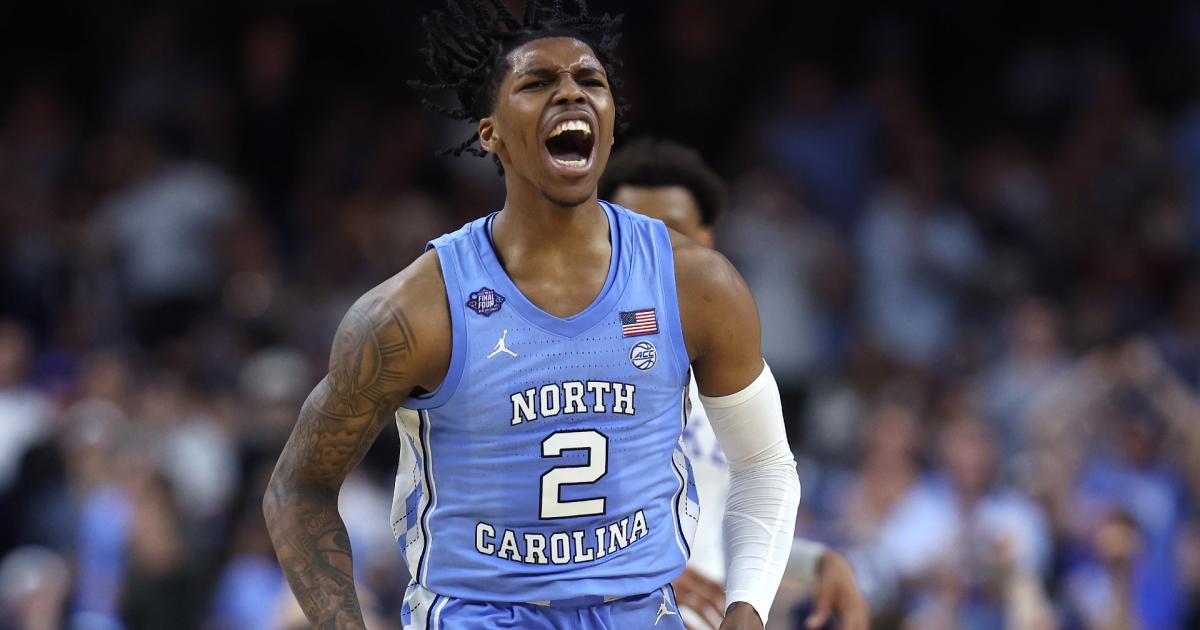 No love for Duke, all Love for North Carolina.

UNC’s Caleb Love has been something of a breakout star in the 2022 NCAA Tournament. His 28 points vs. Duke sunk the Blue Devils in the Final Four, with a late, clutch 3-point shot putting the nail in Duke’s tourney coffin.

Love has had three of his best games on the biggest stage in college hoops, and on Monday night, he’ll face a team that he turned down in order to don the Carolina blue.

Here’s what you need to know about the breakout Tar Heel:

Who is Caleb Love?

After being named the Gatorade Player of the Year in Missouri in 2019, Love had several offers as a five-star recruit: North Carolina earned his commitment, beating out Missouri and Louisville, as well as Kansas, the team he and the rest of the Tar Heels face on Monday night.

Love opted for Carolina thanks to both former head coach Roy Williams and the opportunity to play lead guard for the Tar Heels in the immediate, which he did.

What makes Love’s story especially interesting is the ambiguous history between UNC and Duke. In an interview with Benjamin Hochman of the St. Louis Post-Dispatch, Love’s father said that the now-retired Mike Krzyzewski made a big-time effort to try and recruit Love to Chapel Hill.

“Caleb’s dream school was Duke,” Love’s father told Hochman in 2019. “Coach K came here, we thought it was going to happen, and then, it didn’t happen.”

With no scholarship offer coming from the Blue Devils, Love decided to go to the school that his father was an avid fan of — and Duke’s No. 1 rival. Love, though, emphatically shut down the “dream school” narrative following UNC’s win over Duke in the Final Four this year.

Caleb Love, on the notion that Duke was his dream school growing up”

Head coach Hubert Davis came in with an assist:

Love, potentially thankful he was bailed out of the question, reaffirmed his coach: “Yeah, what he said.”

North Carolina is more than happy to have him, too: Aside from his 28-point heartbreaking performance in the Final Four, he’s scored 28, 23 and 30 points in matchups vs. Marquette, UCLA and Duke during the NCAA Tournament.

While Love has put himself on the map for his play in the NCAA Tournament, analysts and scouts still believe that Love is something of an unknown when it comes to the NBA Draft.

Most seem to peg Love for a mid-to-late second round combo guard as opposed to a surefire lottery pick in this year’s NBA Draft — should he opt to declare.

Standing at 6-4 and listed at just under 200 pounds, Love has the size and the athleticism to play at the next level. There are some questions over his scoring consistency, but his ability to score from off the drive, mid-range and long-distance should help his case as a potential combo guard in the Association.