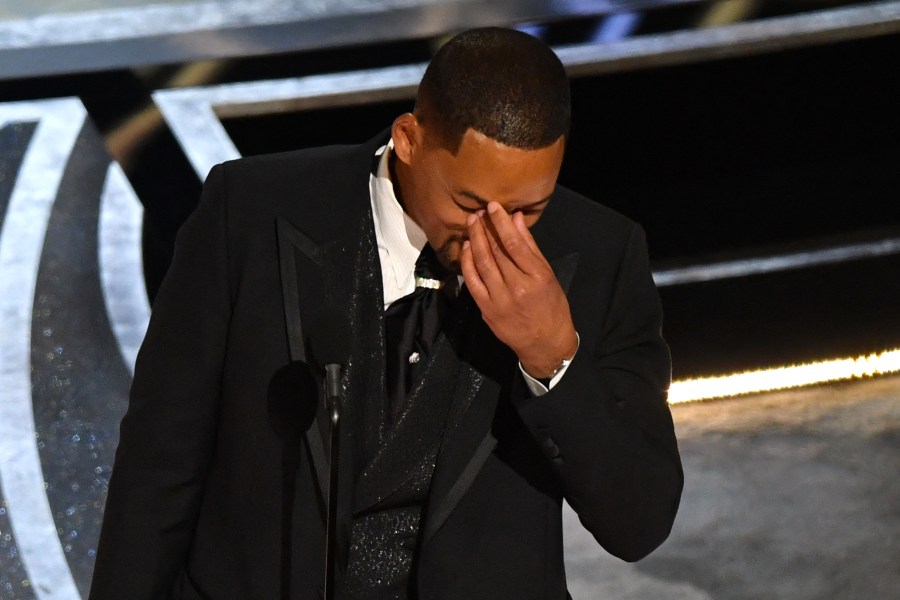 LOS ANGELES (NewsNation) – A lot has happened since the Academy Awards last week when Will Smith slapped Chris Rock on stage in front of everyone in the theater and a global audience, after Rock made a joke about the appearance of Smith’s wife.

The joke referenced the 1997 film “G.I. Jane” in which actress Demi Moore shaved her head, but Jada Pinkett Smith suffers from alopecia.

Since the slap, Smith has been hit hard by criticism and consequences for his actions.

Here are the latest developments from over the weekend:

Smith steps away from the Academy

Will Smith resigned Friday from the Academy of Motion Picture Arts and Sciences, saying that he is “heartbroken” after the incident with Rock.

In a statement sent to NewsNation through the actor’s publicist Friday, Smith said he will “fully accept any and all consequences for my conduct. My actions at the 94th Academy Awards presentation were shocking, painful, and inexcusable.”

“We will continue to move forward with our disciplinary proceedings against Mr. Smith for violations of the Academy’s Standards of Conduct, in advance of our next scheduled board meeting on April 18,” Rubin said.

The resignation came two days after the academy’s leadership board met to initiate disciplinary proceedings against Smith for violations against the group’s standards of conduct.

“I betrayed the trust of the Academy. I deprived other nominees and winners of their opportunity to celebrate and be celebrated for their extraordinary work,” his statement said. “I am heartbroken. I want to put the focus back on those who deserve attention for their achievements and allow the Academy to get back to the incredible work it does to support creativity and artistry in film.

“Change takes time and I am committed to doing the work to ensure that I never again allow violence to overtake reason,” Smith concluded in the statement.

Smith apologized for the incident in an Instagram earlier this week.

what does Will Smith’s resignation from the academy mean?

It is unclear if the Academy is still going to vote on Smith’s future now that he has resigned.

Reactions to Will Smith slapping Chris Rock at Oscars

So the big question I think Paula, for a lot of us is what exactly does it mean, to resign from the Academy? Will? What’s that gonna do?

Honestly, actually, not much. It’s kind of more about his ego, it doesn’t look good, right? Like you’re like, or I had to resign, by the way he had to resign before it was taken from him. So this is really getting out in front of the elephant of the room. It’s taking back the narrative, letting him have control of the story. But at the end of the day, you know what it means if you’re not a member, it means you don’t get to vote. So he’s not gonna be able to vote on whether Marissa Tommy should get her second Oscar for my cousin Vinnie, two, three or four. Big deal, right.

The other thing: What about the presentation, Paula? Like, does it mean he gets to present an Oscar if he’s not a member, but that’s a year away?

That is a year away and we’ll have to see what happens. I mean, he won’t get his screeners. That’s a big tear. You know, I think the real thing is actually he can be a member in 2 hot seconds because if he does a good movie, and he’s nominated, guess who gets to go back into the Academy? Will Smith.

Chris Rock’s younger brother, Tony, is also not holding back about the incident between Chris Rock and Will Smith.

In a clip from a show on his own comedy tour, the younger Rock warned fans there would be consequences if anyone tried to walk on stage and slap him.

“You going to hit my mother——- brother because your —– gave you a side eye?” Rock’s brother questioned.

Denny’s deal is for ‘Americans impacted by rising inflation’

Meanwhile, in the wake of the Oscars buzz, ticket prices for Chris Rock’s Ego Death World Tour have skyrocketed. Seats originally priced between $50 and $70 are now going for as much as $1,000 on some sites.

One of Will Smith’s “Fresh Prince of Bel-air” costars broke her silence on Smith’s Oscar slap over the weekend.

Late on Saturday night, Tatyana Ali tweeted showing her support for Smith, writing that it took her a while to gather her thoughts on the situation. Ali stated she believed Rock did not deserve to be hit by Smith, but acknowledged that Smith has a “big heart.”

Future films on hold for Smith

The consequences keep on coming following Smith’s actions at the Oscars.

Films Smith was set to appear in have been reportedly put on hold by Netflix and Sony.

The Netflix film “Fast and Loose” was already looking for a new director after David Leitch withdrew from the project a week before the Academy Awards, according to The Hollywood Reporter. After Smith slapped Rock, the movie and its search for a new director were put on pause.

A comeback unlike any other? Tiger Woods arrives at the Masters

Additionally, a source tells The Hollywood Reporter that while Smith received 40 pages of the script before the Oscars, Sony is also pausing production of “Bad Boys 4.”

Smith is also starring in Apple TV+’s “Emancipation,” a drama following a runaway slave who joins the Union Army, according to Variety. While it has a 2022 release date, The Hollywood Reporter says “Emancipation” remains in post-production.

Apple, Netflix and Sony have not yet commented on the statuses of these projects.

Denial of responsibility! Verve Times is an automatic aggregator of the all world’s media. In each content, the hyperlink to the primary source is specified. All trademarks belong to their rightful owners, all materials to their authors. If you are the owner of the content and do not want us to publish your materials, please contact us by email – [email protected]. The content will be deleted within 24 hours.