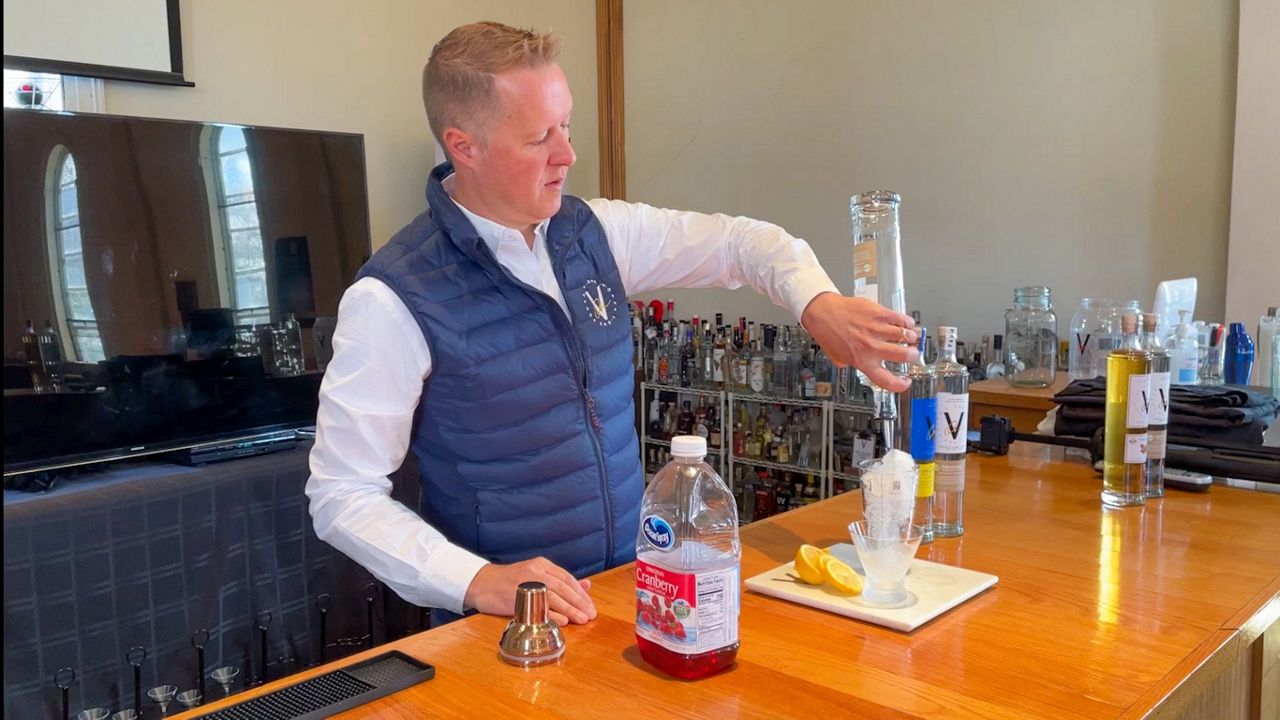 HADLEY, Mass. – V-One Vodka founder and owner Paul Kozub is the descendant of a Polish family who moved to Western Massachusetts.

Kozub owns a distillery in Poland just a few hours away from the Ukraine border. ​ When Russia invaded Ukraine in February, he headed back to his home country to provide relief to Ukrainians along the border of the two countries.

“To see some of the cars, they had a little white sign written in it and we were asking what’s that about and it was written in Russian that there were children in there so they wouldn’t get shot,” Kozub said. “That something was really I couldn’t comprehend that this was going on in 2022.”

​Kuzub spent a week in March helping refugees and here at home, his vodka company is raising money for relief funds.

“We donated $1 a bottle for the month of March, and we’re still calculating the total taken from that. We’re doing $2 a bottle on our special Ukrainian,” Kozub said. “I made a special edition bottle with the blue on the top and the yellow on the bottom that’s due in at the end of this month from Poland.”

Kuzub has donated more than $5,000 and a community-wide effort has so far raised more than $40,000. He said his Polish heritage makes him feel a sense of brotherhood with the people of Ukraine, and after many trips overseas, he wanted to do more to help those in need.

“I’ve always felt a connection to that part of the country and my great grandfather and, again, being there so many times, having a business that’s so close to the border, I felt compelled to go,” Kozub said.

Kozub said he is very grateful for all the support he’s gotten from his community and anyone else who wants to get involved can check out his website at v1vodka.com for information about charities actively providing relief to those in Ukraine.