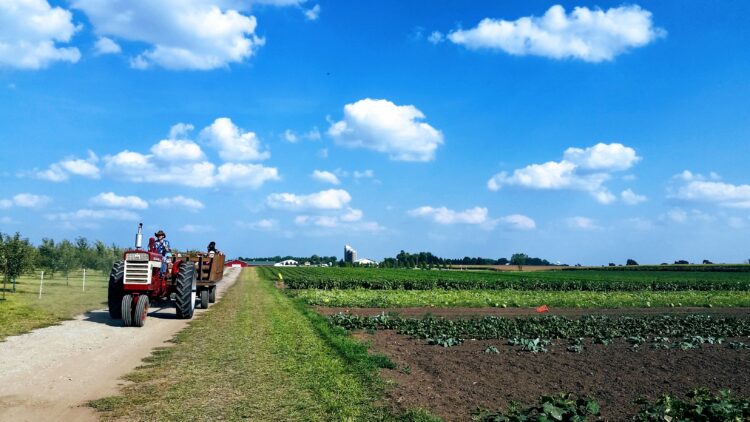 The first in a series of UW studies funded by the CDC has found six distinct patterns for when and how often youths in rural areas carry handguns.Jonathan Singer/Unsplash

The first results of research led by the University of Washington into handgun carrying by young people growing up in rural areas has found six distinct patterns for when and how often these individuals carry a handgun.

The patterns, or “longitudinal trajectories,” suggest that youths in rural areas differ in some ways from their urban counterparts when it comes to handgun carrying and provide information for programs designed to help prevent firearm violence and injury.

“Because firearms in many rural areas are such an integral part of a robust gun culture, understanding how youth engage with firearms in those settings is incredibly important,” said principal investigator and senior author Dr. Ali Rowhani-Rahbar, a UW professor of epidemiology and the UW Bartley Dobb Professor for the Study and Prevention of Violence. “Strikingly, until now there has been almost no research into the longitudinal patterns of handgun carrying in rural areas.”

In these communities, young people carry handguns at nearly twice the rate as in urban settings, the researchers point out. And urban youths and rural youths do not necessarily have the same cultural context, motivations and use of firearms.

“A key takeaway of our study is that about one in three youth in rural areas report carrying a handgun by age 26,” said Alice Ellyson, lead author and acting assistant professor of pediatrics at the UW School of Medicine who holds a doctorate in economics. “So, this is a prevalent behavior among these youth during adolescence and early adulthood. For those who carry, about half say they did so only one time, but another portion is carrying quite frequently, 40 times or more a year.”

Funded by the Centers for Disease Control and Prevention, this study of handgun carrying among youth in rural areas published Monday in JAMA Network Open is based on interviews with roughly 2,000 young people who started answering survey questionnaires in the sixth grade. Participants took repeated surveys over a roughly 15-year period, 2005 to 2019, as part of the UW’s Community Youth Development Study. That larger study is designed to evaluate the university’s Communities That Care program, which helps communities take a broad approach to preventing youth problem behaviors.

These study results are the first in a series of related UW studies that are funded by the CDC and part of a wider range of CDC-funded projects focusing on firearm violence and injury prevention. Investigators at the UW Social Development Research Group, Washington State University, Seattle Children’s Research Institute and Arizona State University collaborated on the current UW study.

The researchers identified these six patterns, which are based on 10 chronological waves of survey data (click on each image for a description):

The researchers add that in these patterns of carrying that emerged over the 10 nearly annual waves of surveys, some participants reported first carrying at an early age, as young as 12 years old. Consequently, they said, educating young adolescents about firearms, firearm violence, injury and conflict resolution may be suitable, especially if it connects to the firearm culture of that community.

“Certainly this behavior is very episodic, but adolescence is the age when other behaviors such as bullying and physical violence emerge,” said Ellyson, who is also a principal investigator at Seattle Children’s Research Institute Center for Child Health, Behavior and Development. “Carrying a handgun concurrently with bullying or physical violence may increase the risk, and those behaviors could escalate into more severe violence. More research is needed to measure the potential consequences and health risks of handgun carrying.”

The study emphasizes that nearly all current interventions focused on handgun carrying are related to crime, which may not work for most youth in rural settings, where handgun carrying may occur with different motivations, circumstances and consequences.

“Before this study, we knew that there is a certain fraction of youth in rural areas who carry handguns,” said Rowhani-Rahbar, co-director of the Firearm Injury & Policy Research Program at the Harborview Injury Prevention & Research Center. “But with this study, we provided evidence that there are distinctive and different patterns of handgun carrying. The discovery of these patterns in rural areas is the first step toward prevention, because knowing when this behavior starts as well as its frequency and duration may provide important points of intervention for injury prevention.”

In 2020, for the first time in nearly 30 years, the CDC announced $7.8 million in funding for more than a dozen national studies to understand and prevent firearm violence. The UW’s proposal to study handgun carrying among rural adolescents was awarded roughly $1.5 million. The current study is one of four areas of focus in the UW’s proposal.

Next, the UW researchers will focus on improving understanding of the cultural context of handgun carrying among young people in rural areas. What are the reasons they pick up a handgun? What are the settings in which they do? What does “carrying” a handgun mean to them? After that, the researchers hope to examine what happened before a person carried and what happened after. What were the consequences? Finally, they hope to test the effectiveness of the Communities That Care prevention program.

“There is a very strong safety culture around the use of firearms in rural areas, and some of these young people are very well exposed to and trained in the safe use and handling of firearms, but some of them are not,” said Rowhani-Rahbar. “This type of research really sheds light on the fact that you have to think about context, you have to think about setting, you need to consider community-based factors that should drive and inform the prevention efforts that you design.”