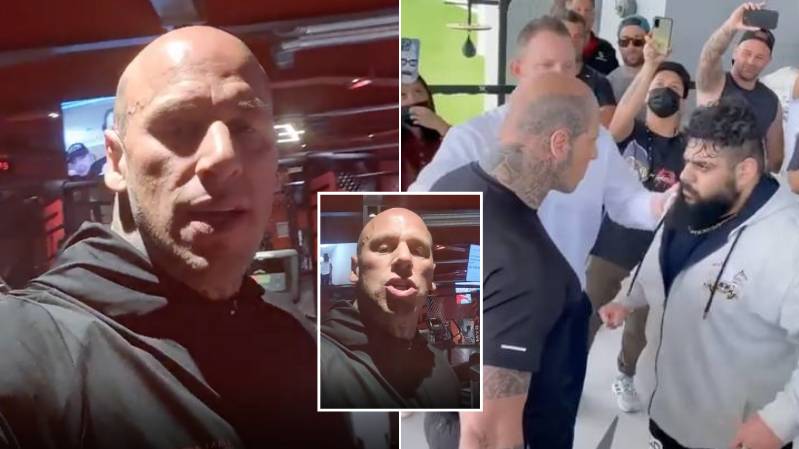 Martyn Ford has confirmed that his highly-anticipated bout against the Iranian Hulk has been postponed. You can see Ford giving an update to his followers on social media below.

‘The scariest man on the planet’ was scheduled to fight Sajad Gharibi in a boxing match on April 30th at London’s O2 Arena.

But after months of trash talk between the pair, it was confirmed on Monday afternoon that the fight has officially been postponed.

Ford told his 3.9 million Instagram followers: “This is a statement I didn’t want to have to release but unfortunately my fight is going to be postponed.

“The event is still on, it’s just my fight. The event will still go ahead and there are some great people and fights on.

“Unfortunately mine won’t be one of them, for reasons out of my control. It doesn’t take a genius to figure them all out.

“I don’t want to go down the route of talking about it; too much time and energy has been wasted.

“I’m still training hard, there will be a debut. There will be a fight, I’m just not 100 percent sure who, when or why, but it will happen.”

Ford vs. Gharibi was due to headline the Boxstar Celebrity Boxing event at the O2.

The event itself, which is set to feature former Premier League footballers Patrice Evra and Jamie O’Hara, will continue to go ahead as planned.

Ford added in another statement: “Naturally, I’m hugely disappointed my fight against Iranian Hulk will no longer be going ahead, particularly given the fact I have dedicated so much time to my training programme and doing everything to ensure I was in the best possible shape to headline the event.

“Although I will no longer be involved, I now look forward to attending the Boxstar Celebrity Boxing event as a fan, and showing my full support for those brave competitors who are taking part, some of whom will be competing in a boxing match for the first time in their lives.

“I would like to thank my fans for their continued support, and I hope to return to the ring in a competitive nature as soon as possible.”

A replacement bout for Ford is expected to be announced in due course.