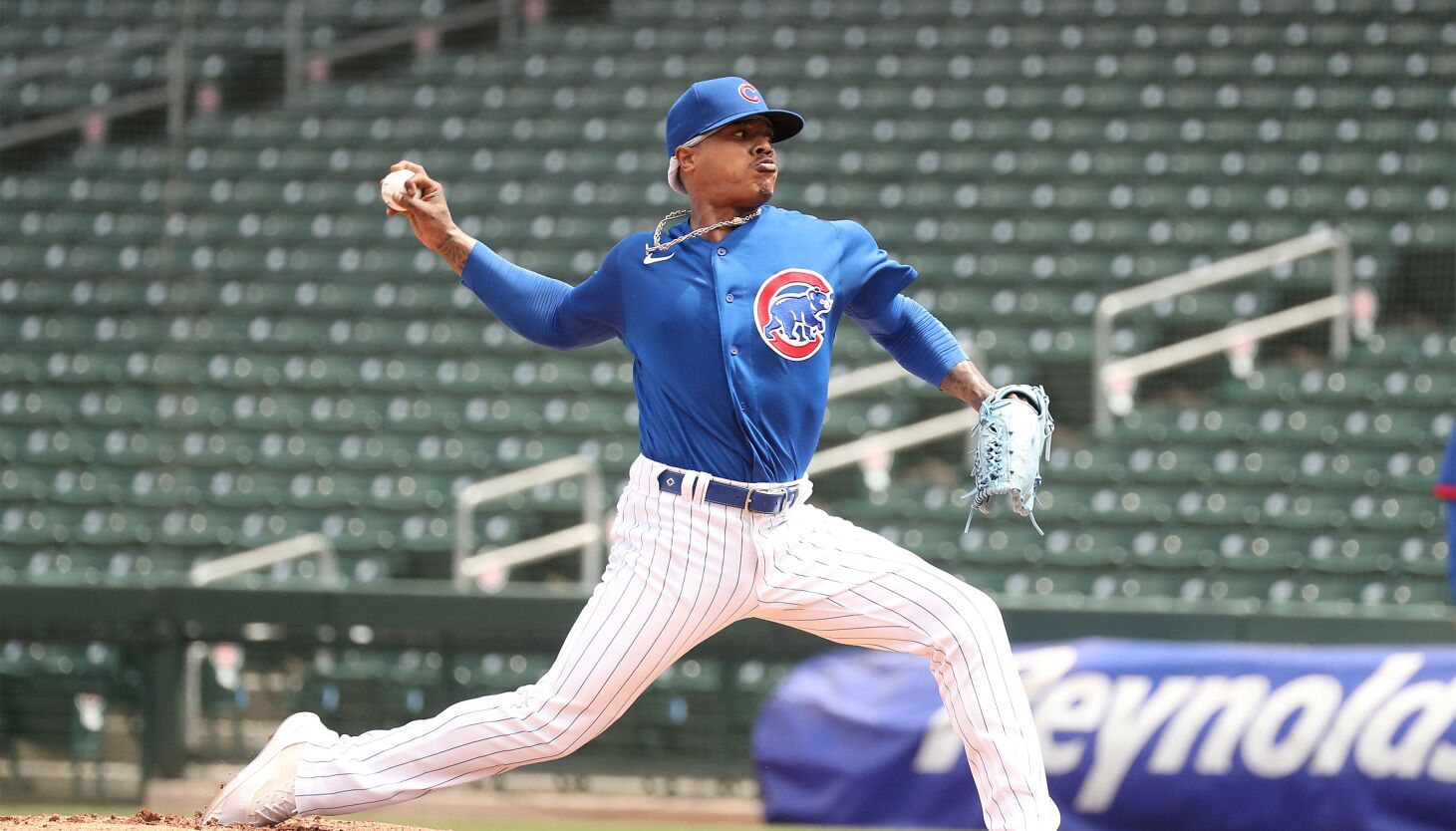 Steele is interested in eventually mixing a hesitation move into his motion to throw off hitters’ timing. The pause Stroman sometimes adds to his stride was a perfect example.

For Stroman, who in his previous outing said he still was finding his rhythm, his hesitation moves in a simulated game Sunday were good signs.

Stroman threw about 85 pitches in five innings. Steele started for the other side of the intrasquad scrimmage. Jason Heyward, Seiya Suzuki, Frank Schwindel and Jonathan Villar were among the big-league hitters who took live at-bats. Nick Madrigal, who returned from tightness in his glute, also played second base.

Throwing to batters Sunday lines Stroman up to start the second game of the Cubs’ season-opening series against the Brewers at Wrigley Field. Manager David Ross said Saturday that right-hander Kyle Hendricks would be the Opening Day starter.

Coming out of a condensed spring training, having Hendricks and Stroman built up enough to pitch up to six innings in their first starts is crucial for the Cubs.

‘‘When you look at the length of some of the relievers and the guys we signed late . . . and how many outings they’ve been able to have [in camp], there’s not a whole lot of back-to-backs for bullpen guys,’’ Ross said. ‘‘It’s going to be important that we have a little bit of length in our starting rotation in areas.’’

Veteran left-hander Wade Miley is expected to start the season on the injured list, shortening the Cubs’ pitching depth even further.

‘‘I enjoy any tasks that can be thrown on me,’’ Stroman said. ‘‘It makes us want to have a little bit more confidence to go out there and go deeper into games. . . . That’s going to be something that we take pride in.’’

Setting the tone for the rotation is up to Hendricks and Stroman, and that means more than just pitching deep into games.

‘‘This year, I just want to definitely come in and be aggressive,’’ Hendricks said. ‘‘Attack, get after it, see what happens.’’

Stroman can be counted on to feed off the energy at Wrigley Field. And when he’s feeling good, expect a hesitation move.

‘‘That’s really hard to do,’’ Ross said. ‘‘I told him that would mess me up even as a catcher. That’s pretty good body control. This guy’s an unbelievable athlete. The way he can manipulate his body to get in the right position and feel with his core during his windup, that’s pretty impressive to me and really hard for hitters.’’

And for young pitchers on the team, such as Steele, it’s something to learn from.