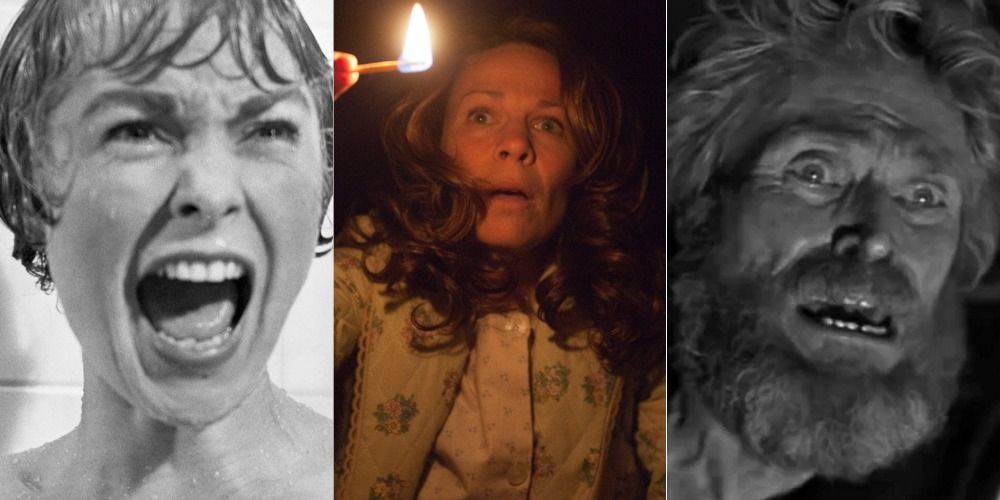 Vampires, zombies, and demons usually get first billing, but the fear of the unknown can be the most frightening ghoul of them all. What’s that lurking in the dark? What is making that sound? Where did everyone go? Not having all the answers can send anyone’s mind racing with possibilities.

Movies like The Conjuring and The Blair Witch Project may come up short in terms of buckets of blood being used on set, but they most certainly still pack a punch. Before the rise of special effects, movies did their best to allow viewers to fill in the blanks behind the scenes. Today, filmmakers still deploy that technique in order to fully maximize the terror potential.

Taking place in Tehran, Iran during the Iran-Iraq war, Under the Shadow makes use of a war-torn backdrop to set the tone of the story. Shideh (Narges Rashidi) takes refuge in her apartment with her daughter, Dorsa (Avin Manshadi) as bombs rain down on the city. Shideh’s neighbor claims that an evil spirit has entered the building and seeks its next victim.

The theme of paranoia and war fatigue are essential to the film. Shideh is a mother trying her best, albeit stubbornly, to make it through the war in one piece. Consumed by the terrors of war, Shideh’s greatest enemy soon becomes what lurks in the shadows.

This movie is like a dream collaboration between everyone involved. Robert Eggers directs, and Willem Dafoe and Robert Pattinson star. The Lighthouse focuses on the two lighthouse keepers as they face the harsh weather and overwhelming isolation on their island. As time wears on and cabin fever sets in, it becomes clear that each of the men has something to hide from their past.

The Lighthouse was filmed in black and white and it perfectly fits the tone of the film. The aesthetic is not a gimmick, but a compliment to the feeling of dread that consumes the movie. Dotted with dark humor and incredible chemistry between the two leads, The Lighthouse tells a very simple story but tells it in a way that puts the viewer on the edge of their seat.

The Conjuring features the famous paranormal investigation couple, Ed and Lorraine Warren (Vera Farmiga and Ron Livingston) as they help the Perron family deal with their haunted new house. Throughout the film, the true nature of the spirit that haunts the Perron family changes, creating a thrilling mystery as to what is actually happening.

The Conjuring harkens back to horror films of the 70s and 80s. It does a masterful job of laying out the story in a way that keeps the viewer guessing as they go along for the scare-filled ride. There are plenty of jump scares, but The Conjuring is at its best when the tension is turned up and the audience is in the dark as much as the Perron family.

The found footage film that started it all, The Blair Witch Project took a meager budget and turned it into a massive box office success. Filmmakers Daniel Myrick and Eduardo Sánchez took three unknown actors and dropped them into the forest to scream at each other for 90 minutes. On paper, it doesn’t sound like a promising hit, but the film created an unmistakable atmosphere that buys completely into the fear of the unknown and the unseen.

RELATED:Indie Horror That Will Make You Sleep With The Light On

The Blair Witch is never seen during the film, but the witch’s presence is certainly felt. They simply didn’t need to reveal their witch. The power of this film was in its simple “lost in the woods” concept. Any camper or hiker has had this fear at some point, but throw in the witchcraft lore and suddenly The Blair Witch Project becomes a horror icon.

As another found footage film that helped popularize the genre, Paranormal Activity also relied heavily on keeping the viewer in the dark, even with all the fancy night vision. Like The Conjuring, Paranormal Activity follows a couple as they move into a new home where they are met with a mysterious spirit that terrorizes them. After many encounters with the ghosts, the couple decides to set up cameras around the home to catch the activity. And that’s where the real fun begins.

Paranormal Activity was as much a psychological thriller as it was a ghost story. Katie (Katie Featherston) and Micah (Micah Stoat) became physically and mentally worn down as the film progressed, something new homeowners know all too well. The film resonated with audiences and has spawned several sequels in the past decade.

Following a group of twenty-somethings as they make their way through rural Texas in their van, The Texas Chainsaw Massacre created an often duplicated atmosphere that many films fail to capture. The introduction of the character “Leatherface” was both jarring and pioneering.

One of the most iconic horror films of all time, The Texas Chainsaw Massacre introduced a diabolical cannibalistic family as the evil force behind the massacre, yet somehow managed to leave most of the massacring to the viewer’s imagination. Director Tobe Hopper wanted to keep the violence down to a minimum to reach a wider audience. Regardless, the film’s tension and terrifying nature struck an unnerving chord with viewers and is widely regarded as one of the best horror movies ever made.

Set in a weirdly ambiguous time period, It Follows tells a cautionary coming-of-age tale about the dangers of casual sex. A curse of unknown origins has been created and sends an ever-changing demon after its victim unless they pass the curse onto the next unsuspecting person they have sex with. A concept that sounds like it was created by a burnt-out sex ed teacher, the film actually works on many levels.

It Follows utilizes the fear and confusion that comes along with finding a person’s sexual identity in their youth. Although never explicitly depicting the demon’s wrath, it becomes obvious to the viewers that the curse is very real. It Follows proves that creating mysterious lore goes a long way in crafting an effective horror film.

Based on the original Japanese novel and film, The Ring did an excellent job of recreating the sheer terror and thrilling investigation. The Ring follows reporter Rachel Keller (Naomi Watts) as she investigates an urban legend that when a victim views a very specific tape, they immediately receive a call claiming they now only have seven days to live. Throughout her investigation, Rachel discovers the unsettling origin of that tape and its unstoppable force behind it.

Set in the dreary Pacific Northwest, The Ring tells its story in a way that keeps the viewer engaged and guessing along the way. The feeling of impending doom keeps the tension up and by the end of the film, the lack of gore isn’t noticeable whatsoever.

A horror film that paved the way for others, with concepts that were perhaps well ahead of its time. Psycho was released in 1960, in an age of a much more conservative approach to what was allowed on screen. Psycho centers around Marion Crane (Janet Leigh), who has just stolen a large sum of money from her employer. She escapes to the Bates Motel where she meets Norman Bates (Anthony Perkins). Marion soon learns that the motel harbors some very dark secrets of its own.

RELATED: Horror Films That Changed The Genre In The 1950s

Psycho features one of the most iconic scenes in cinema history, the infamous “shower scene.” Despite the brutal attack, the viewer never explicitly sees a murder, but with frenetic editing, it is made clear. Director Alfred Hitchcock was notorious for his storytelling ability, and Psycho was no exception.

Written and directed by star Joel Edgerton, The Gift plays on the fear of past grudges coming to a head in the present. The Gift also stars Jason Bateman and Rebecca Hall as a couple who start to receive strange gifts from a former acquaintance, Gordo (Edgerton). Slowly, Gordo overstays his welcome and the couple begins to question his true motive. The couple is soon pushed to the brink as the ordeal takes a sinister turn.

The Gift is a great example of the toll that psychological tension creates. The confrontation is not a heated fight, but the culmination of scare tactics perpetuated by Gordo. The Gift does an excellent job of casting doubt on everything that has happened. The real horror comes from questions about what just exactly each character is capable of.

KEEP READING: Horror Movies Of The 1970s That Defined The Genre