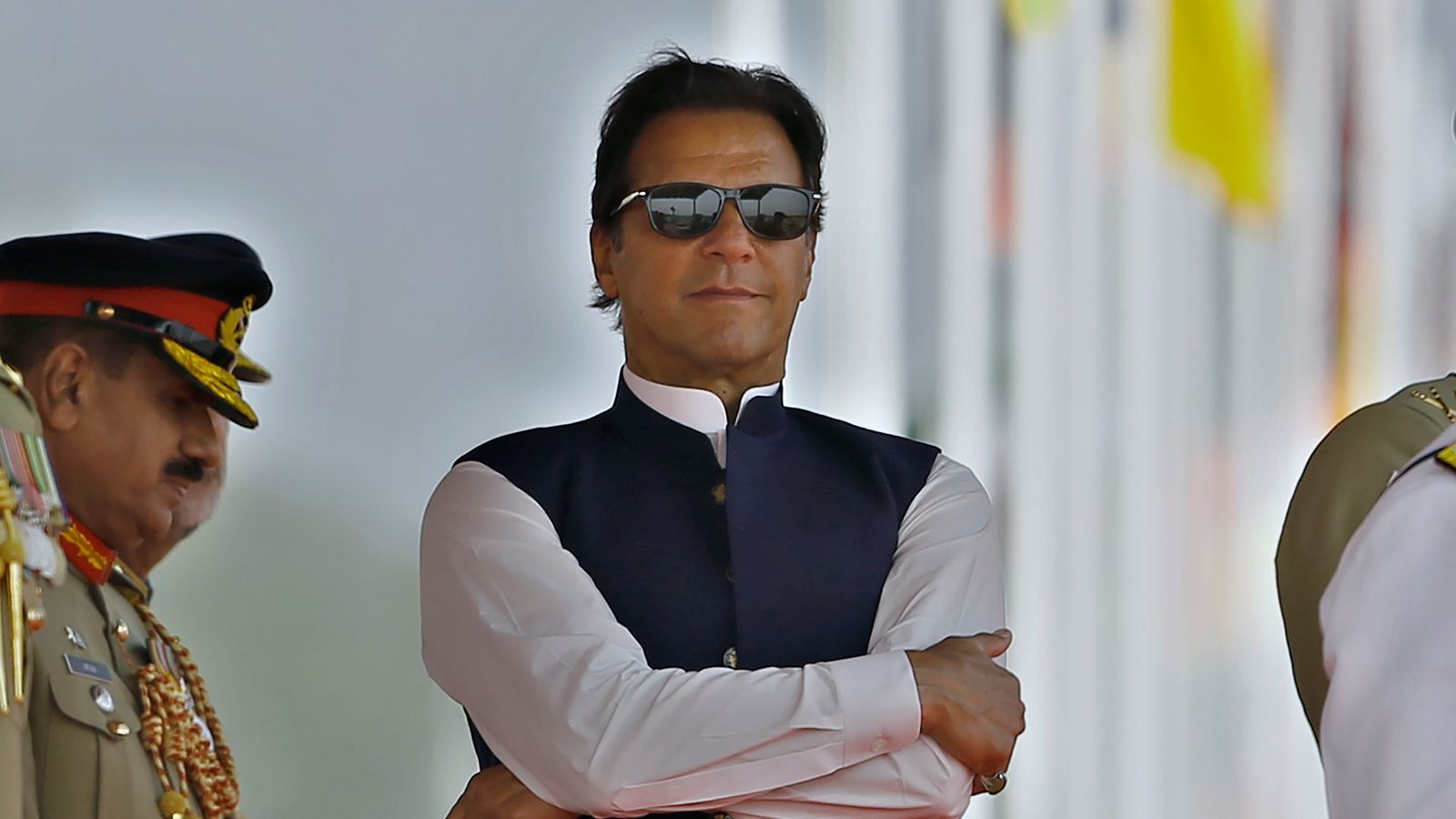 Mr Khan had requested the move as he claimed a “conspiracy” to overthrow his government had failed.

His opponents, meanwhile, have branded the decision by the parliament’s deputy speaker, a member of the leader’s political party, to throw out their no-confidence challenge illegal and vowed to go to the Supreme Court.

They also claim Mr Khan’s actions are “tantamount to treason”.

Pakistan’s constitution calls for the establishment of an interim government to see the country toward elections, which are to be held within 90 days.

The drama threatens fresh political instability in the nuclear-armed country of 220 million people.

On the streets of the capital Islamabad, there was a heavy police and paramilitary presence, with shipping containers used to block off roads.

It comes after Information Minister Fawad Chaudhry accused the opposition of colluding with a “foreign power” to stage a “regime change”,

Mr Khan said in an address: “I ask people to prepare for the next elections.

“Thank God, a conspiracy to topple the government has failed.”

The cricket star turned conservative Islamic politician who surged to power in Pakistan in 2018 but recently lost his parliamentary majority, had faced losing the critical vote after being abandoned by key allies and coalition partners.

A prominent newspaper had recently said Mr Khan was “as good as gone”, but he had urged his supporters to take to the streets ahead of the planned vote.

Mr Khan’s refusal to back down and fight on has led to comparisons with when he captained Pakistan’s cricket team to an unlikely victory in the 1992 World Cup after urging his team to “fight like cornered tigers” in a speech that has gone down in sporting history.

Shazia Marri of the opposition Pakistan Peoples Party, said in a statement: “With no option left Imran Khan has actively violated the constitution in a desperate bid to hold on to power.”

Critics had blamed Mr Khan for failing to revive the economy and tackle corruption.

Without providing evidence, he has claimed the move to oust him had been orchestrated by the US

Although denied by Washington, the charge plays on a deep-seated mistrust among many in Pakistan of American intentions, particularly following 9/11.

The opposition and analysts say Mr Khan, who rose to power on the back of military’s support, has fallen out with it, although he and the army reject this.

No prime minister has finished a full five-year term since independence from Britain in 1947.

Pakistan’s military has directly ruled the country for more than half of its 75-year history, overthrowing successive democratically elected governments.

For the remainder of that time it has indirectly manipulated elected governments from behind the scenes.

Michael Kugelman, deputy director of the Asia Programme at the Washington-based Wilson Centre, said: “Khan’s biggest failing has been his insistence on remaining a partisan leader to the bitter end.

“He hasn’t been willing to extend a hand across the aisle to his rivals.

“As a result, he’s burned too many bridges at a moment when he badly needs all the help he can get.”