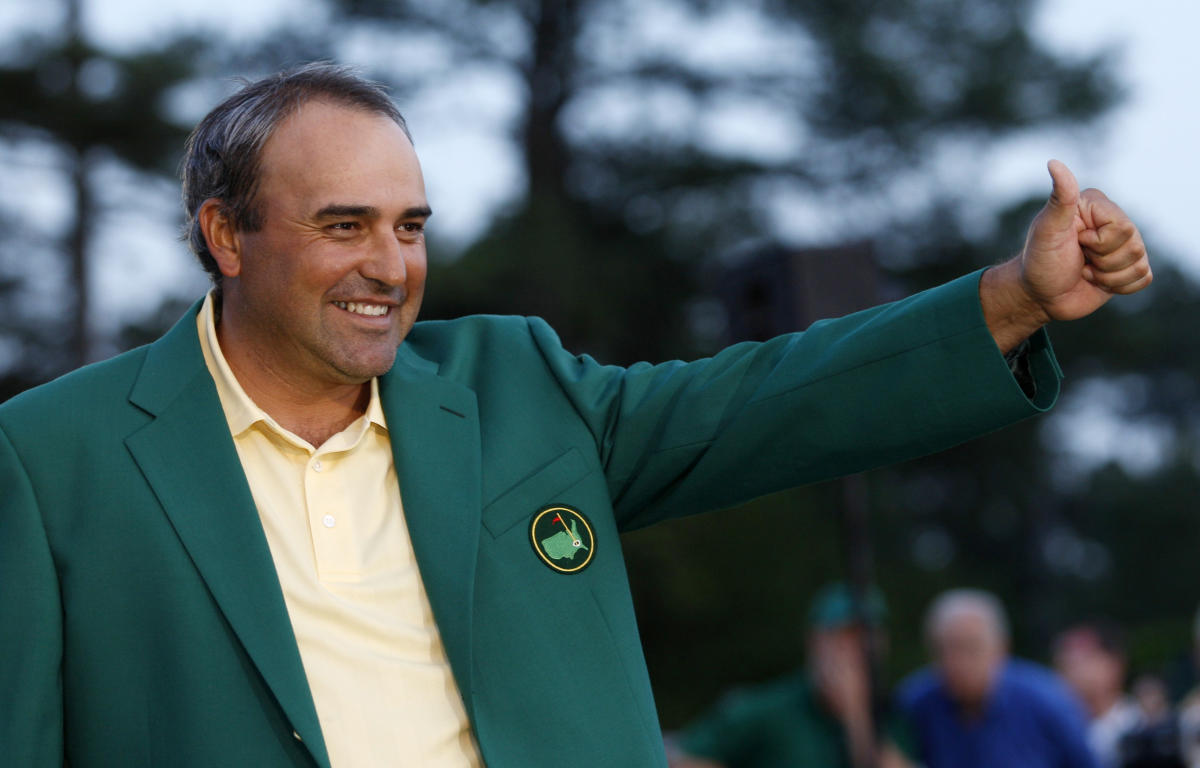 Thirteen years ago at the Masters, Ángel Cabrera parlayed sterling shotmaking and some lucky breaks into a green jacket, the first ever won by a player from Argentina.

Today, Cabrera sits in a prison near Cordoba, Argentina, convicted of violent abuse against a former partner, and still accused of similar mistreatment from at least two others. It’s a dramatic fall from grace for the two-time major winner once known as “El Pato” — “The Duck” — whose signature moment on the course at Augusta is perhaps the most fortunate ricochet in tournament history.

The final spiral of Cabrera’s downfall began in August 2020, when he failed to show up for a meeting with Argentine prosecutors over charges he had assaulted his former partner, Cecilia Torres Mana, allegedly punching her in the face and attempting to run over her with his car. Argentina then placed Cabrera on Interpol’s red list, marking him as a wanted international fugitive. Interpol snared Cabrera in Rio de Janeiro in January 2021 and sent him to prison in Brazil.

“He spent six months there,” Cabrera’s former swing coach Charlie Epps told Golfweek in 2021. “Bad place. He got beat up. They didn’t care that he was Ángel Cabrera. I had a lot of people approach me that they could get him out for $100,000 or this and that.”

Brazil extradited Cabrera to Argentina in June 2021. There, he stood trial on charges of assault, theft, illegal intimidation and repeated disrespect to authorities. Protests in his hometown of Villa Allende called for his release, with supporters pointing to his charitable donations as evidence of his character.

While awaiting trial, Cabrera agreed to an interview with a local media outlet, and said he was being smeared as a “monster, something that I am not,” according to the UK golf magazine Bunkered.

“We all make mistakes, we are all human beings,” Cabrera added. “I trust in justice.”

Cabrera also trusted in his celebrity and connections. During proceedings, he wore masks with his monogrammed initials and a jacket emblazoned with a Presidents Cup logo, a reminder of his distant past as a two-time major winner and, at one time, the ninth-ranked golfer in the world.

But his past achievements carried little weight. Found guilty of assault against Torres Mana during the time they were together from 2016 to 2018, Cabrera began serving a two-year sentence immediately after the verdict. He has maintained his innocence throughout the trial and beyond, but prosecutors indicated that Torres Mana wasn’t his only victim.

“His situation is much more complex than this, he has other charges for which there are arrest warrants too,” prosecutor Laura Battistelli said at the time of the verdict. “There are other victims.”

Shortly after Cabrera was imprisoned, Torres Mana published her own account of her life with Cabrera, saying he “physically, psychologically, and sexually abused” her over the course of their relationship.

She described a relationship that turned from possessive to manipulative and, finally, deeply disturbing.

“I couldn’t go to the supermarket or the gym. Ángel always believed I was going to be with another man. He followed me and took my cell phone,” Torres Mana wrote. “He made me do very kinky things and hit me if I refused. If Ángel was with his friends in a meeting, I had to be in the bedroom without an Internet connection. It was very humiliating.”

Torres Mana finally made her escape from Cabrera during a trip to Houston. Cabrera had locked her in a closet and taken her phone and documents, but when he fell asleep, she caught a flight back to Argentina, fearing his reprisals against her and her family the whole way.

“Ángel always said that if I reported him, it would hurt his career and told me about all the political contacts he had. But one afternoon, I gained the courage to report him anyway,” she wrote. “From that moment forward, I saw a light at the end of the tunnel.”

Cabrera played in five tournaments in August and September of 2020, apparently without seeking the permission of Argentine authorities. “Ángel would often say that nobody could stop him,” Torres Mana wrote, “and if they tried to arrest him, he would not go back to Argentina.”

Cabrera’s final tournament on the PGA Tour’s Champions circuit was the Pure Insurance Championship in September 2020; he withdrew after two rounds of 76-77. His final check came a week earlier when he finished in a tie for 47th at the Sanford International, earning $5,580. He did not attend the Masters held in November that year.

He is now an inmate at Argentina’s infamous Carcel de Bouwer, a gang-ridden prison near Cordoba notorious for its overcrowded conditions and inmate violence. Bouwer has earned the name “El Penal del Infierno” — “The prison of hell” — and holds many of Argentina’s most dangerous criminals within its “modules.”

It’s been a long, hard, self-inflicted fall for Cabrera, who won the 2007 U.S. Open at Oakmont by a shot over Tiger Woods and Jim Furyk. He won the 2009 Masters after his second shot on the first hole of a playoff caromed off a tree and out into the middle of the fairway. That allowed him to stay alive and defeat Kenny Perry on the second playoff hole. He lost the 2013 Masters in a playoff to Adam Scott, and continued to attend the tournament every year through 2019.

Cabrera is currently scheduled for release in the summer of 2023.