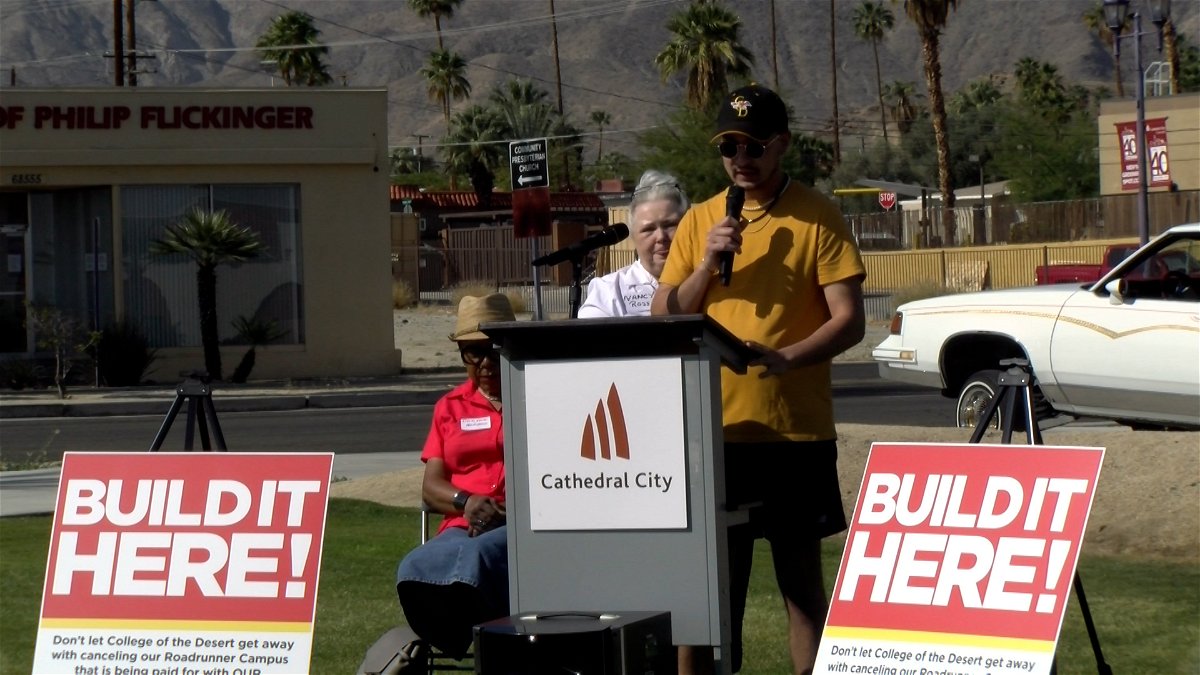 “We need it, we’re paying for it, our students need it now and they need to build it now,” said the city’s Director of Economic Development Storm James.

It’s all part of an effort to keep the Roadrunner Motors training center in Cathedral City.

“Cathedral City and north Palm Springs for decades has had no access to quality education that COD provides. And so this was about righting the wrongs of the past,” James said.

On Saturday, College of the Desert’s board of trustees announced their commitment to continue on with the original plans.

“I am here to tell you that the Cathedral City Roadrunners project will happen and it was not long ago that the entire board voted unanimously to approve a resolution that reaffirmed the commitment to College of the Desert as to Cathedral City and seeing this project come to fruition,” said COD Chairman of the Board Ruben Perez.

In 2019, COD bought an area of land in Cathedral City for the project.

But earlier this year, the college said the site brings many challenges that would cost millions. As a result, they submitted several alternative sites, including one in Indio near the I10 auto mall.

But if the training center were to move to Indio, Cathedral City taxpayers would still be paying it for decades to come.

“We need that training, we need it in cathedral city and we count on them to hold up their word,” said city council member Nancy Ross.

Supporters of the project say keeping this project in Cathedral City is not only more beneficial for the city, but also makes it more accessible for students in the west valley.

“We are a city in need of this kind of education. To not ask those kids to go out to Indio to go to school, but to teach them something here right now,” Ross said.

By keeping the original location near cathedral city automotive center, COD students can get experience from nearby auto businesses.

“Business owners have a passion for what they do and they’re going to better inform the college. What’s that going to do? it’s going to improve the quality of the education and curriculum,” said James.

COD plans to hold a special board meeting next Wednesday to discuss the future site of Roadrunner Motors.

The board is then expected to vote on a site at its regularly scheduled board meeting on April 22nd.