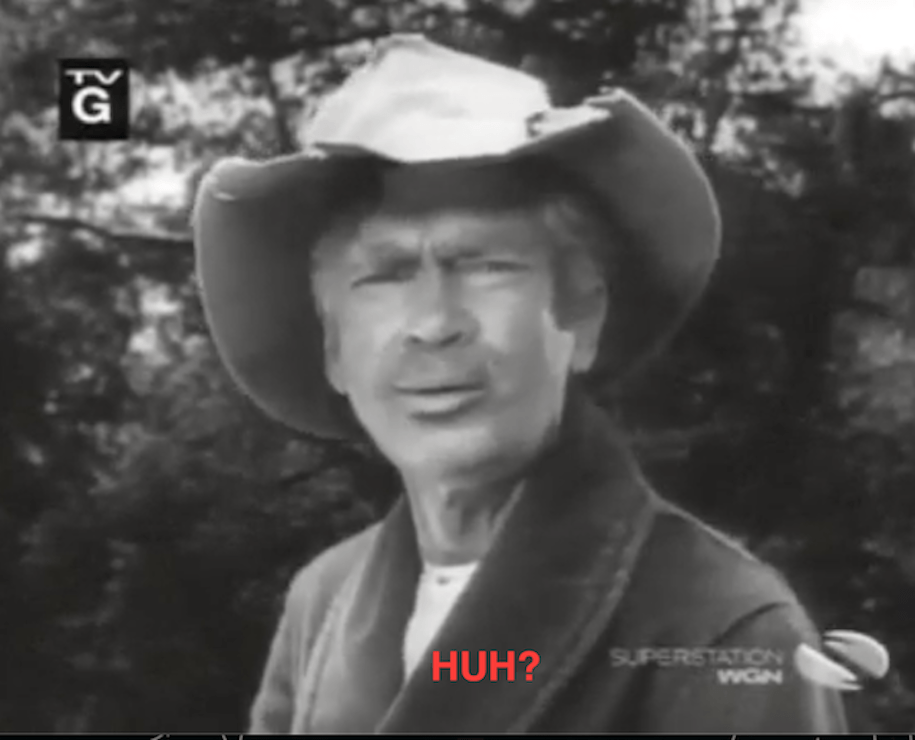 Fighting against capitalists’ inhumane ideals is like punching jello. It really doesn’t matter how hard you punch, it makes zero difference. They honestly do not give a crap. They obviously don’t give a crap. Anyone who actually cared about their fellow human could not possibly say and act like capitalism is fine. The ‘wishful thinking’ of a balance between capitalist’s foretold conclusion and a just society is just a way for capitalists to tell the rest of us it can be just fine. “Just need to have appropriate legislation in place.” Sure. Santa said it so it must be true,right? Aren’t the capitalists the ones constantly fighting against legislative checks and balances, against regulations that might reduce some of the harm caused by these polluters, these rapers of our world’s resources.

The key takeaway (for those supporting capitalism) is “free market”. They tell us: “Let the free markets decide.” and “Equilibrium between supply and demand is driven by free markets.”

I call bullshit. 1) These ‘free’ markets are anything but.That ideal has never actually been achieved because the few have always driven the markets. Monopoly has been the game from the start. Examples? How about I start a local grocery store chain? I would have to have some damned good connections to investors and lenders, or already far beyond any need to work.And even though I am successful with my 4 original and 20 additional stores over 3 years, Kroger/QFC/Fred Meyer buys me out. Screw the competition right? Better to own the store on this corner AND the ‘competition’ up the street! 2) Supply often drives demand, instead of the other way round. This ‘equilibrium’ is reached when nobody else is willing to buy the latest snake-oil / fidget fixer/ ab worker / miracle pillow these ‘forward thinking’ and ‘innovative’ capitalists are selling. Nobody was ever demanding a 44oz option for a soft drink. How many fidget spinners are now in landfills? At least the humble Pet Rock was 100% ‘biodegradable’, but comes as no surprise it was dreamed up by…an advertising executive! 3) Tell me all about the… scratch that. Tell all the diabetics how capitalism helped them save on insulin. Tell people with serious allergies about that price equilibrium the free markets provide via supply and demand for epi pens. Or is this instead just another story of an asshole… scratch that – a story where another bunch of assholes use their capitalist powers to prey on the pawns (that’s you) and make lots of money? Ain’t capitalism a wonderful system?  4) Am I missing anything? You bet! These ‘free markets’ are molded by laws and regulations decided by our elected politicians. These politicians LOVE capitalism bestest! Make the laws they are paid to make (by lobbyists with bags of money), often laws written by the‘private sector’. Oh, maybe these politicians could benefit from these laws -maybe move some investments to more favorable short-term markets affected favorably by these laws. You know, the ones those same companies author!

But, hey, aren’t the “free markets” a great way for a country to regulate pricing, make supply and demand decisions (like all of the poisons and plastics in your food). We all demanded these things, and the free market supplied them, right?! DDT,  glyphosate, GMO modification, massive amounts of antibiotics in our meats(along with those helpful injections of ‘brine’ to plump up the weights),ever-dwindling diversification of all food-source species, large wasteful packaging (like crackers, cereals, vitamins…), plastic packaging (replacing cardboard, glass, waxed paper, aluminum…), and double and triple packaging, usually all plastic of course! The list is long and I am about out of breath so that will do to support my point. “We” most certainly did NOT ask for these things.

This whole ‘supply and demand’ driving the ‘free markets’ is‘propaganda’ or ‘smoke and mirrors’. While not true for some products and services, the ‘suppliers’ are driving demand through marketing typically designed to deceive you on at least one level.

Are all politicians inherently greedy lying self-serving inhumane wealth-consolidation bots? No, there are LOTS of extremely talented and caring legislators at every level of our government. If it wasn’t for capitalism and its inherent flaws, we would ONLY have talented, caring individuals helping shape our laws. Instead,we have a democracy where being a legislator can mean a BIG REWARDS, and not only the illegal kind. Lobbyists are constantly lining the pockets of and donating heavily to legislators (and lots of Super PACs) in order to receive favorable laws. Legal payola. Would Supreme Court Justice Clarence Thomas be anywhere near his current position without the help of lots of money and power. Once confirmed, he has been a cash cow for the capitalists,voting consistently to screw over the vast majority of his fellow citizens. Hmmm… money and power. Money IS power in this façade of an economy. The sooner we get rid of our money – our monetary system, the faster we will be able to focus on the REAL, LIFE ALTERING CLIMATE EMERGENCY we face.

But wait! How can any economy function without money? Well, thousands of years ago there was an extremely successful civilization who were all rich!

“The Incas had a centrally planned economy, perhaps the most successful ever seen. Its success was in the efficient management of labor and the administration of resources they collected as tribute. Collective labor was the base for economic productivity and for the creation of social wealth in the Inca society.By working together people in the ayllu (the center of economic productivity) created such wealth that the Spanish were astonished with what they encountered. Every citizen was required to contribute with his labor and refusal or laziness was punishable with the death penalty. Labor was divided according to region, agriculture would be centralized in the most productive regions, ceramic production, road building,textile and other skills according to ayllus. The government collected all the (sic) surplus after local needs were met and distributed it where it was needed. In exchange for their work citizens had free clothing, food, health care and education.

The Incas did not use money, in fact they did not need it.”

Money is actually a huge cost center for civilizations. The savings from getting rid of money for our current civilization (the USA) are staggering. In terms of human resources (labor)

“Over 22 percent of the current workforce freed to pursue meaningful work (USA numbers).”

Capitalism makes working a huge challenge. It is often an emotional challenge, just going through the interview process, where you are already in battle. You are fighting everyone else out there, who are completely unknown,over a ‘job’. If hired, you are immediately pitted against fellow employees. “Julie,I really like you but Marsha and Ted are both moving over 120 widgets per hour,and you have never been above 80.” There is often no room for individuality,innovation, criticism or advancement.Where there is a chance to advance(instead of just a chance you will be fired any day) it is again a fight against fellow employees. I see a WHOLE LOT of fighting going on, but very little cooperation, coordination, inclusion or nurturing. I am personally thinking this whole “capitalism drives innovation” a complete farce. Everyone busy fighting each other can in no way surface as a better way to innovation than cooperation, sharing data, and coordinated strategies. REALLY!!

Well, it is time for a HUGE digression on my part. I too get sucked into the trivial details of capitalism’s negative effects on all of us. I could fill a library with all the examples. Instead, let’s just cut to the chase (where we began). Capitalism creates monsters. Capitalism rewards greed, underhanded dealing, theft, government bias, murder, murder, murder and murder. These monsters might once have been caring human beings, but instead they are now crazed greedy egotistical selfish assholes who have wealth blinders on. These blinders help them see pat billions of people on our planet in need of shelter, food, drinking water,basic health care… These blinders allow them to complain to their city council about the ‘homelessness crisis’ instead of looking for solutions. They see teenagers on the streets begging for money, food, anything to help, while they walk past hurriedly and look the other way.

They SHOULD look the other way, because these are the assholes which helped make that tragic situation. These assholes couldn’t be bothered to share their hoard, larger than they will ever need. Justifications abound! “I worked hard for MY money!” “Go get a damned job.” “You stink and are disgusting!” Oh, and just in case complaining about those less fortunate doesn’t make them feel better, there is always “My tax dollars pay for the government giveaways.” “Entitlement programs make you lazy.” They should be honest with themselves! They don’t give a damn. THEY are taken care of, and that is all that really matters. Well, they try to take care of family too, right? Their little family is a joke! Their family is tiny! MY family is over 7.5billion strong. I am trying to take care of MY family, and their little economic games are killing my family. THEY ARE KILLING MY FAMILY AND THEY DON’T GIVE A FLIP. Oh, what’s that? They say they pray for everyone? Bullshit! They prey on everyone.

Something broke at the house? Their first thought is where can another one be had, and they throw it in the trash without another thought. It is on a direct flight to the landfill.The thought of recycling the pieces they could have isn’t on their radar. “It won’t make any difference anyway” is really translated as “I don’t give a flyin’ skank and I have a handy excuse!” I guess being dishonest with themselves makes it so much easier to be dishonest with others. They use “survival of the strongest” to elevate themselves, knowing deep down they are weak. They have succumbed to selfishness, greed… inhumane treatment of their neighbor. They are weak. It takes strength to work toward hard-won solutions you know are right, when they are not easy. Turning your back on making more money by increasing landfills with plastic takes resolve. Personal decisions to be a human instead of an animal must be made, and the animals treated like the animals they are, right after we take care of all of the mental health emergencies happening throughout the world (along with food, potable water and shelter.)

I am still in search of a REAL CAPITALIST. I want to find one (a single damned one would be a start) who believes capitalism helps (society, not just them). I would love for a real capitalist to step up and tell me I am full of it. I WANT to hear some good arguments. I have heard none. Please help enlighten us all and tell us everything will be just fine if we capitalist for a little while longer. Or, maybe you can help form a path to a democracy without capitalism.That would actually be helpful!

Reasons for and reflections of my rant:

Many ideas such as elder abuse, mental health and the fabric of inequalities bounced around as possible ideas for today’s article,but nothing seemed to stick. I think I have been simmering for some time now. A rapid simmer, just below the boiling point. Today I am opening up that safety valve for a bit…

While there have been so many quality articles here week after week, there seems to be little traction from the larger audience. I hope this rant will help those who have a hard time seeing the flaws of capitalism, and the huge oppression it causes. I don’t know if the subject matter is often seen as too “dry”, or isn’t “breaking news”, but this topic is extremely important to my family(my entire family) and needs some legs, so to speak. Let’s have a poll and measure our enthusiasm for an economic overhaul and removal of capitalism!