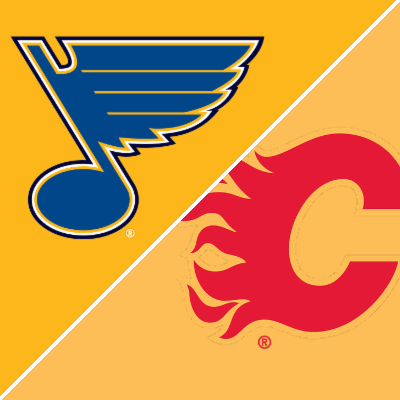 CALGARY, Alberta — — Robert Thomas scored for the third straight game and set up Nathan Walker’s go-ahead goal late in the third period to lead the St. Louis Blues over the Calgary Flames 6-4 on Saturday night.

Villle Husso, who played more than 47 minutes Friday in relief of Jordan Binnington, was back in net for the Blues. He made 39 saves to improve to 19-6-5.

St. Louis is third in the Central Division, three points back of the second-place Minnesota Wild and four points up on Nashville.

Brett Ritchie, Johnny Gaudreau, Noah Hanifin and Dillon Dube scored for Calgary (40-19-9), which has lost three in a row. The Flames went 2-3-1 on their homestand.

After a two-month stretch in which 21 of the Flames’ last 26 games have been at the Saddledome, they leave Sunday on a four-game trip that begins Monday in Los Angeles. It will be their first road trip longer than a single game in two months.

The Kings, second in the Pacific Division, climbed within three points of the Flames, who hold three games in hand.

Walker put the Blues ahead 4-3 at 18:04 of the third. Thomas carried the puck into the Flames end along the side boards, stopped and curled back, and sent a pass to the slot where Walker fired in his seventh goal of the season.

Down 3-2 after two periods despite owning a 28-10 edge in shots, Calgary kept pressing in the third, eventually tying it at 10:43 when Hanifin poked the puck into the net from a scramble in front.

But during that frenetic sequence, Ritchie ended up having his leg pinned underneath Blues defenseman Robert Bortuzzo, and he was down on the ice in obvious pain as the Flames celebrated the tying goal. Ritchie had to be helped off.

After each team scored twice in the first, the second period was scoreless until 13:35 when Faulk broke in undetected from the blue line and one-timed a setup from David Perron.

Keeping the game close was Husso, who showed his athleticism early in the period by going post to post to thwart Milan Lucic after he was set up by Ryan Carpenter. Lucic found himself on another 2-on-1 shortly after, but again was denied by Husso.

St. Louis opened the scoring 54 seconds into the game when Thomas deflected Faulk’s point shot out of mid-air and past Markstrom on the first shot of the game.

Calgary dug in after that, though, piling up the next 10 shots on goal, one of them being Ritchie’s second goal of the season at 4:47.

Ritchie was not even supposed to play, but was inserted when Calle Jarnkrok, after taking warmups, was ruled out with a non-COVID-19 illness.

The Flames took their first lead at 12:49 when Gaudreau picked the top corner on a partial breakaway, but the Blues tied it before the end of the period on the power play.

Brayden Schenn spotted O’Reilly in open ice and he quickly sent a perfect pass that was quickly off O’Reilly’s stick as he sent a shot inside the far post for his 16th goal.

Game notes
Calgary C Sean Monahan (hip surgery), who will miss the remainder of the season, and D Oliver Kylington (undisclosed injury) also did not play. Carpenter and defenseman Michael Stone drew into the lineup. … Blues center Jordan Kyrou (illness) missed his third game. With Logan Brown also out with an illness, St. Louis went with 11 forwards and seven defensemen. … The Blues are 14-3-3 against the Pacific Division.