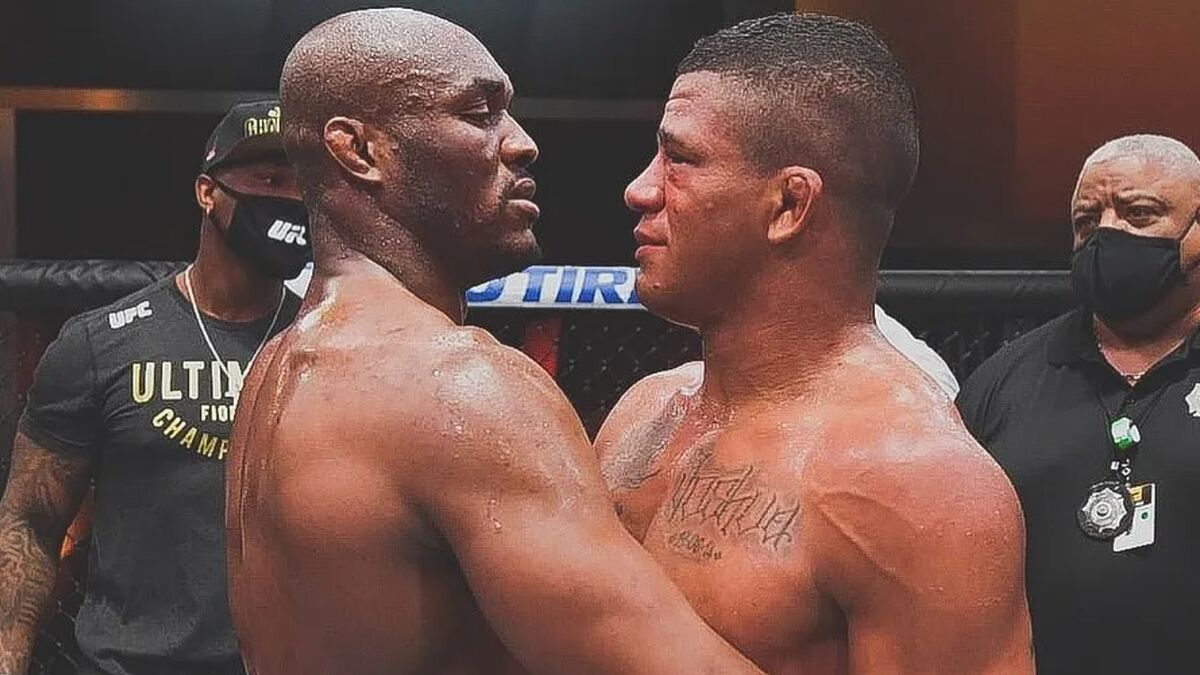 With UFC 273 a little over a week away, one of the most exciting fights in the Welterweight division will be between Gilbert Burns and newcomer Khamzat Chimaev. The Chechen fighter has been cleaning house but he still hasn’t confronted any fighter from the most elite part of the division. Burns is the man who can cement his possible claim to the title that Kamaru Usman holds right now. Gilbert has gone through ups and downs over the last year after coming back in spectacular fashion right after losing to his friend, the ‘Nigerian Nightmare’ in a title challenge. He knocked ‘Wonderboy’ Thompson out and keeps himself within the options who can still challenge Usman for the title. While that happens, Burns doesn’t mind getting a few tips from the champ himself, especially before facing Chimaev.

In a recent interview with TMZ, Burns revealed how he is getting ready to face one of the scariest new contenders in the division. He trusts inhis skills to put a stop to the unbeaten run Chimaev currently has, but he confessed he has Kamaru Usman in his corner. In recent days during training camp, he confessed that Usman has been offering his advice and compared their relationship to the one Rocky and Apollo Creed had in the famous film. Here’s what Burns said: “Usman came a couple of days to help out. “He was helping me a couple of times, not training with me but kinda coaching. Very high IQ and very good advice. Was good to have him around. That’s Rocky and Apollo. Apollo beat Rocky and came out to help out so yeah that’s kind of like being in it!”

Chimaev is coming to hunt the entire division.

With this new challenge to fight Gilbert Burns, Khamzat Chimaev is making a statement that could very well offer him his big title shot. Since he arrived, the Chechen monster has been nothing short of impressive during his fights. In every interview he does, he keeps saying he will smash the whole division and he doesn’t care who he faces next. In reports from insiders who are watching him during camp, they confirm they’ve never seen a scarier fighter before. However, these reports need to be backed by more wins from Chimaev. If he beats Burns, he might be dangerously closer to getting that title shot against Kamaru Usman.