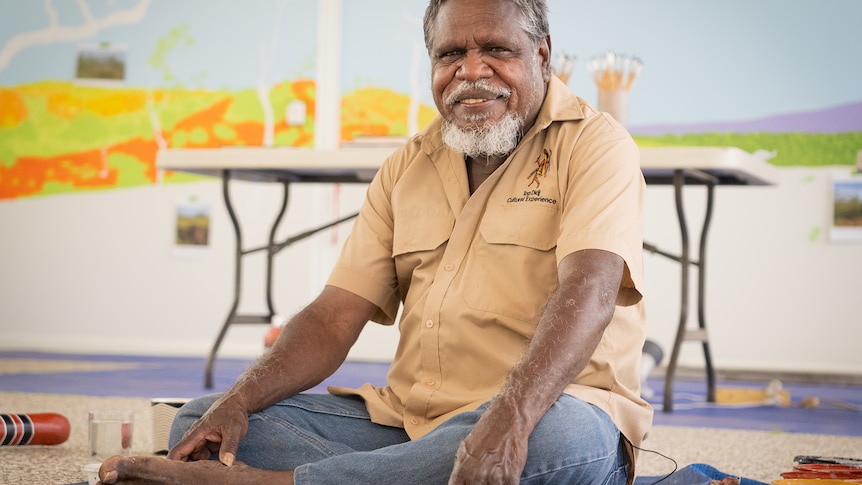 As the dry season approaches the Northern Territory’s Top End, tourism operators are preparing for their first peak period with fully open borders since the pandemic began.

When borders were closed and businesses were bleeding revenue, Katherine art gallery Top Didj pursued a new medium to connect with tourists: TikTok.

One of their first videos featured tour guide and Dalabon man Manuel Pamkal cruising on a lawn mower with a baby kangaroo.

He became an instant success, with the Top Didj account amassing more than 125,000 subscribers and some videos generating millions of views.

Before his vertical film debut, Mr Pamkal had never heard of TikTok.

For those who have enjoyed his videos, Mr Pamkal had a simple message.

“I want to teach tourists … I want them to come to Australia and meet me and then do a cultural experience,” he said.

Petrena Ariston runs the Top Didj Gallery and said although she was sceptical about venturing into the online world, it had been a worthy pursuit.

The gallery is also running virtual tours, charging a fraction of the usual price while people couldn’t come through their doors.

In the Katherine region, tourism is one of the major industries and was worth $166 million in 2021, according to the Northern Territory government.

Geoff Mark is readying his business for the dry season, hoping people return.

He has watched his business steadily grow over the past decade. But that was before coronavirus hit.

“Last year we would have had our best year ever, but unfortunately with COVID it was a serious set back,” he said.

While Mr Mark is retiring after running a tucker camp for 22 years, he said he was optimistic that sunnier days were now ahead for the local tourism industry.