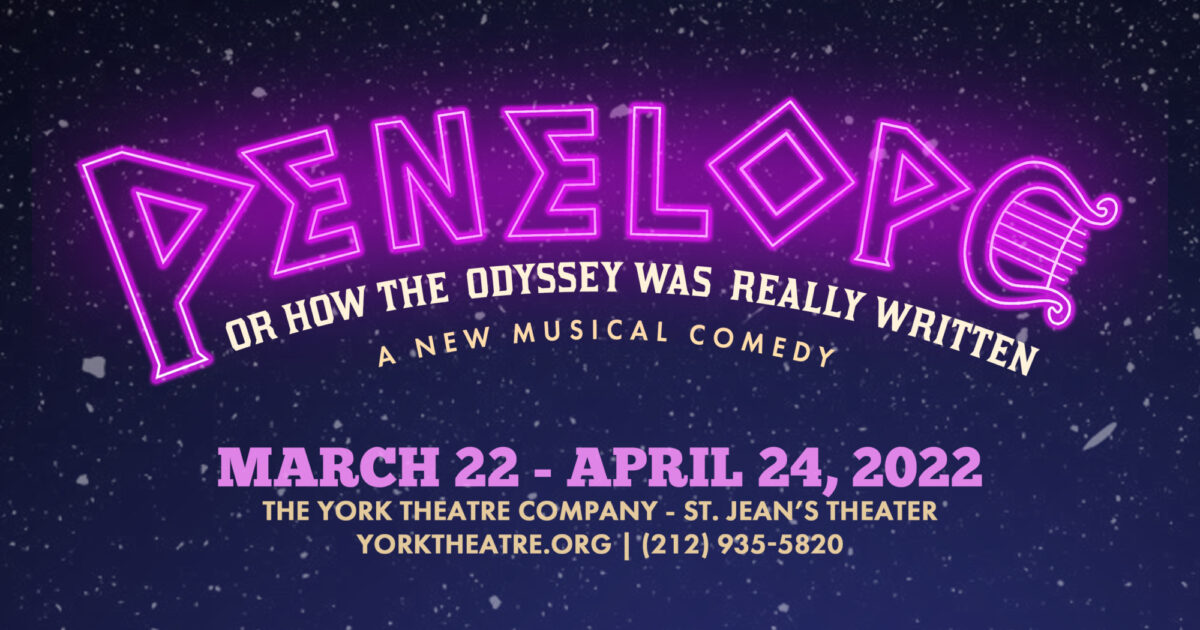 Performances of the world-premiering Penelope, or How The Odyssey Was Really Written at The Theater at St. Jean’s begin April 2. Opening night for the York Theatre Company production will be April 7, with performances continuing through April 24. Previews for the show were postponed due to a recent COVID outbreak.

The musical features a book and lyrics by Tony nominee Peter Kellogg (Anna Karenina) and music by Stephen Weiner (The Rivals) as it reimagines The Odyssey by focusing on Penelope, the wife of Odysseus, through letters she writes to herself under the guise of the letters being from her husband as he fights in the Trojan War.