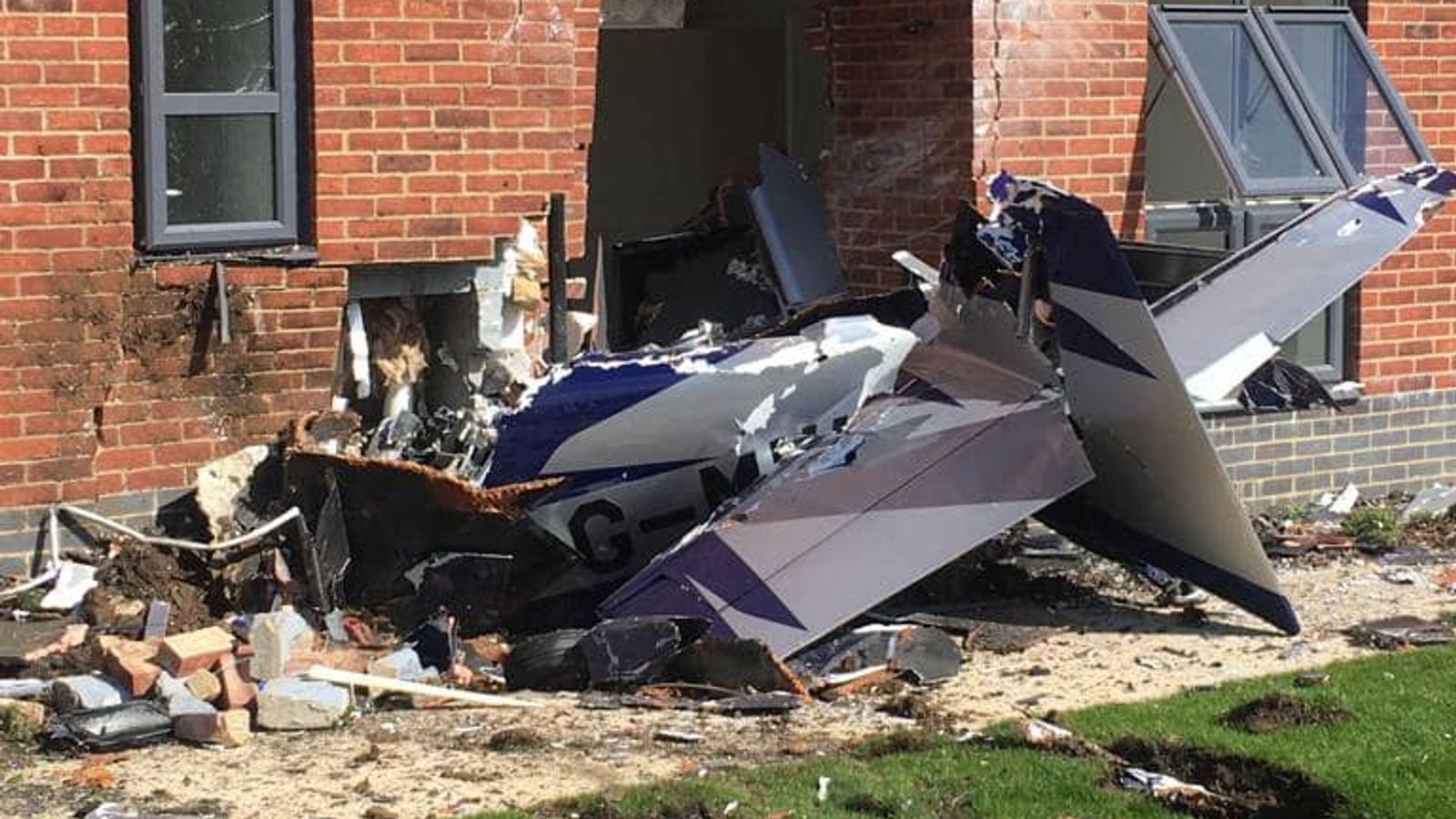 A pilot has been taken to hospital after a plane crashed into a block of flats in Oxfordshire.

The light aircraft smashed into the unoccupied building in Camp Road, Upper Heyford, near Bicester on Saturday afternoon.

Nobody else was hurt in the crash, Thames Valley Police said, but the extent of the pilot’s injuries is unknown.

🚨Thames Valley Police at the scene of a light aircraft crash🚨

The pilot is in hospital but no-one else was injured

On Facebook, an eyewitness claimed she was walking her dog when she saw a man jumping out of the plane with a parachute.

“I saw the whole thing happen as I was just walking the dogs at the time, I think I was one of the first to call for the emergency services, scared the bloody life outta me,” Tisa Kilby wrote.

She added that she “happened to look up to see a plane and a man jumping out”.

“Thought to myself, that’s an odd place to be parachuting, then realised that the plane was just coming straight down and in a matter of seconds heard it hit the flats, literally feet from where I was walking.”

Oxfordshire Fire and Rescue Service said it was able to bring the incident to a “safe conclusion”.

Police have asked anyone with information or footage of the incident to call 101 quoting 857 (2/4).