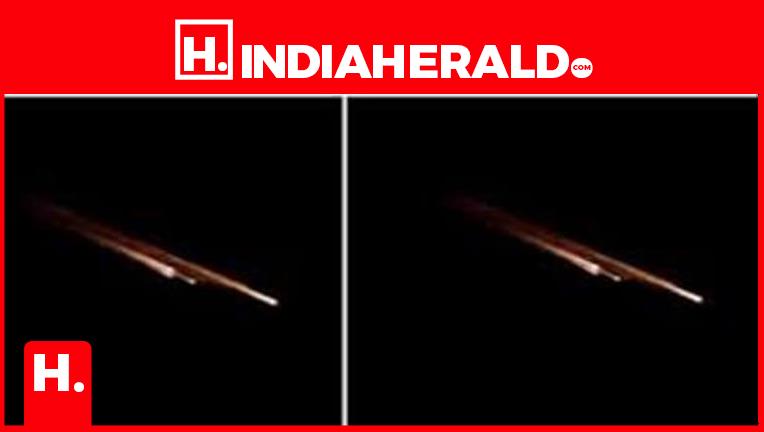 Khandesh, meteor shower in Vidarbha? Fear and curiosity in people

Astronomical phenomena were observed in the sky in some parts of Khandesh and Vidarbha in the state. Large numbers of meteor showers were seen in the night sky. This caused great curiosity among the citizens and there was an atmosphere of fear among some of them.

Khandesh, meteor shower in Vidarbha? Fear and curiosity in people In Khandesh, in some parts of Vidarbha, a meteor-like scene was seen in the night sky. This caused a great deal of curiosity among the citizens and some even created an atmosphere of fear.

This astronomical event was observed at Ambler in the Jalgaon district. Many have witnessed the phenomenon of friction igniting as comets or dust enter the atmosphere due to the earth’s gravity. Although the corresponding element reaches the surface of the earth, it is not completely burned. Some astronomers have suggested that this is a relatively rare event, rather than a meteor shower. Meanwhile, heavy meteor showers were seen in the sky in rural areas including the city around 8 pm this evening in the Raver area. This was causing surprise and fear in the people. On Sunday, 2nd April, around 8 pm, four or five big lights were seen passing through the sky from the northwest side of the taluka to the east.

Many took photos on their mobile and also did video shooting. At first, people thought it was a rocket or an airplane.

Many citizens and villagers from urban and rural areas also telephoned in the morning and shared their experiences about this incident. For about ten to fifteen seconds, the flames and flames seemed to move rapidly eastward, a reaction the citizens had never seen before in their lives. Citizens also said that they were able to enjoy the view of the meteor shower as it was pitch black in the sky at 8 pm.