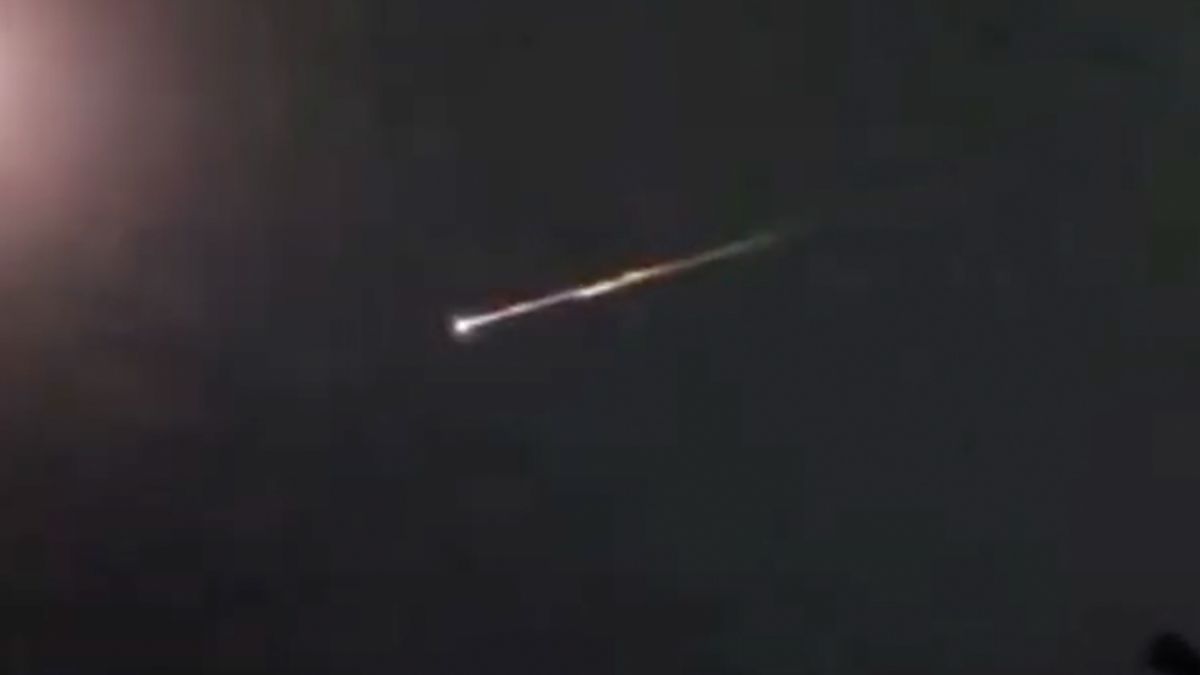 At precisely 12:44 p.m. EDT (1744 GMT) on Wednesday, March 30, residents in Bloomington, Indiana, and surrounding counties were literally shaken to attention by the sound of a loud explosion.

Locals quickly took to social media in search of answers, but found the source of the commotion a little more out of the ordinary than their usual small-town disturbance – a meteor had just exploded above their heads.

What did they discover? The explosion turned out to be a wayward fireball.

A local Facebook group literally titled “What’s that noise?” was one of the many places people flocked to, buzzing with speculation about the source of the explosive sound, which was reported to have been heard for several tens of miles. Comments on a post by local resident Adrienne Evans Fernandez quickly stacked up with rumors of fires at a nearby naval base, military tests, a motor vehicle accident and more. But none of these ended up being true.

People were left scratching their heads. Even local emergency responders, who had helped to squash some of the swelling rumors, were stumped, after having sent out multiple patrols in search of a cause.

Evans Fernandez, who was first to pose the question in the popular “What’s that noise?” group, told Space.com her thoughts jumped straight to the possibility of an earthquake. “I actually thought for a hot second it was the [primary wave] of the earthquake we’re supposed to always be prepared for,” she told Space.com.

And Evans Fernandez wasn’t alone. At the time, I was also working at my home in Bloomington when a truly window-rattling blast seemed to permeate my whole house. Startled, I jumped up thinking maybe a tree or large limb had crashed into my roof. A quick inspection, most flatteringly captured by my front door security camera, ruled-out any fallen objects, and I was ready to accept “small earthquake” as the answer to this mystery too.

In fact, seismic scales at Indiana University did pick up a blip coinciding with reports of the explosive sound, but the United States Geological Survey (USGS) did not detect any seismic events in the area.

Nancy Lee, a commentator on Evans Fernandez’s initial online post also recorded footage of the event with her Ring camera, which managed to capture the “boom.”

Residents, reporters, and emergency officials were all left staring up at the sky wondering what on earth could have made the explosive “boom”. Unfortunately, the cloudy sky didn’t yield any further clues. If it were a clearer day, the answer to everyone’s question may have been realized much sooner.

Still, a few lucky breaks in the clouds did line up perfectly for at least a few people. Twelve reports were made to the American Meteor Society, spanning over one hundred miles apart, detailing accounts of a fireball’s descent and trajectory heading northward, as the outer space object made its way over Northern Kentucky toward Indianapolis.

These chance sightings helped to ultimately solve the mystery of the “boom” over Indiana which, as it turned out, was a “fireball,” sometimes called a bolide, which is a bright meteor making its way through Earth’s atmosphere from space (and burning up along the way).

Fireball sightings are not entirely uncommon, and this event is actually similar to the meteor spotted over Chelyabinsk in 2013. The loud “boom” heard by many such as myself was most likely a result of the meteor exploding as it came into contact with thicker regions of Earth’s atmosphere, a phenomenon known as an “air burst.”

Still, on the chance it happens again, I’ll be extra diligent to keep my eyes looking upward on clear days from now on. If not for the clouds, it’s possible I would have seen the meteor from the window at the very desk where I’m typing this story. What a sight that would have been.