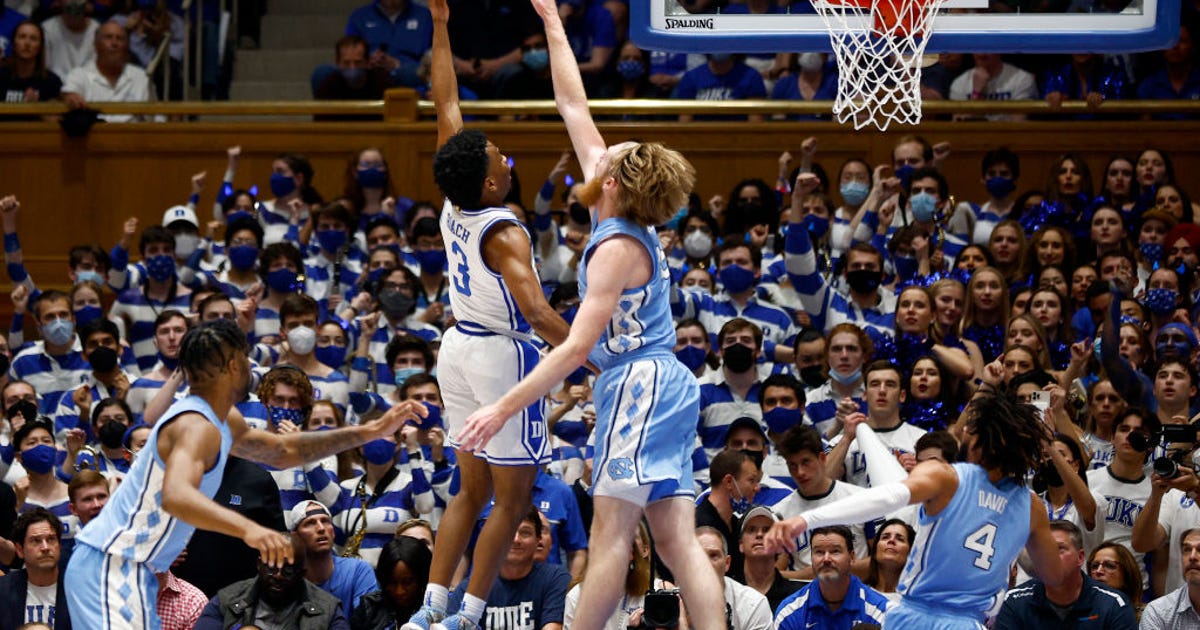 After two weeks of upsets highlighted by No. 15 Saint Peter’s thrilling and unprecedented run to the Elite Eight, we are left with a “blue blood” Final Four. Four of the biggest programs in college basketball have made it to the tournament’s final weekend, and the quartet all play today.

No. 2 Villanova and No. 1 Kansas are up first up, followed by bitter rivals No. 2 Duke and No. 8 North Carolina. Duke and North Carolina play each other at least twice a year during the ACC season, but it’s the first time the two schools have met in the NCAA tournament. And this historic meeting takes place during coach Mike Krzyzewski’s final season at Duke. College basketball fans are in for a treat on Saturday.

Here’s all you need to know to watch the Final Four and national championship game on TBS, with or without cable.

Where can I see the March Madness bracket?

You can check out all of the regions, results and remaining matchups of the NCAA tournament bracket here.

What’s the schedule for the Final Four?

Here is the schedule for the last three games of the tournament (all times ET):

Where and when is the Final Four taking place and what channel is it on?

The Final Four and national championship game will take place in New Orleans at the Caesars Superdome and will air on TBS.

The Final Four games and national championship will air on TBS.

You can also stream the games live with NCAA March Madness Live. There’s a free 3-hour preview, but then you’ll need to log in with a TV provider to prove you’re a pay TV subscriber.

Can I watch for free?

Yes, you can. There are two ways, but neither will get you through the rest of the tournament by itself.

The March Madness Live app and website offer a free 3-hour preview, after which point you’ll need to prove you are a pay-TV subscriber.

The other way is to sign up for a live TV streaming service. Each of the major five services offers a free trial. YouTube TV and Hulu With Live TV offer seven-day trials, while DirecTV Stream gives you five days. Sling TV doesn’t have a free trial, but does offer a $10 discount on the first month of service.

Best options for streaming without cable

Latency is an issue with any streaming service and particularly with live sports, where you might also be following along on Twitter and could see a final score before the game actually ends. The NCAA says this year’s streams will offer a 20% latency improvement compared with last year’s. While that is welcome, March Madness Live streams will likely still be behind cable and satellite TV and could also trail streams from YouTube TV and the other live TV services.


Get the CNET TVs, Streaming and Audio newsletter