JUST TALK? It’s been five weeks since Russia launched war on Ukraine — weeks that have also seen fruitless Ukrainian-Russian talks as the two sides discuss terms for ending the conflict.

The state of negotiations did feel different this week — at least at the beginning — when Russia suggested it would “sharply reduce” military activity around Kyiv and Chernihiv to increase trust in future discussions. The cautious optimism was quickly overtaken by skepticism, as the U.S. and NATO allies threw water on Russia’s intentions.

Nightly called William Taylor, a former ambassador to Ukraine and the vice president of Russia and Europe at the U.S. Institute of Peace, to help us understand how seriously we should be taking these negotiations. This conversation has been edited.

How would you explain the state of negotiations?

It’s hard to tell whether or not the Russians are serious. It’s hard to tell whether or not the Russian negotiators, for example, that have been meeting with Ukrainian negotiators — first on the border with Belarus and then in Turkey a couple of times and then by video a bunch of times — it’s hard to tell whether or not the Russian negotiators are connected to anything back in Moscow. They had a session in Istanbul earlier in the week, and the Russian delegation came out and said, “Actually, there’s some cause for optimism. We’re getting close, and not only that, we’re going to scale back our military activity significantly around Kyiv and Chernihiv.” The Russian ruble rallies, then people take note and the folks in Moscow after a little head fake said, “actually, not so much. Actually, there’s nothing much new here, and we haven’t achieved our objectives.” And they keep firing at, shelling and bombarding Kyiv and Chernihiv, as well as other parts of the country. It’s just not clear if these folks negotiating with the Ukrainians are empowered, connected, influential, authorized to speak and negotiate, or what.

The Ukrainians, however, do appear to be serious. The Ukrainians have put down some thoughts on paper, apparently. The Russians in turn have not really responded with any substance that we know of to the proposals.

Things are pretty murky, but do we have any idea of what a deal could look like, one that might satisfy both sides?

The answer to that question can only be yes only if President Vladimir Putin gives the delegation the go-ahead to do some actual negotiating to try to answer your question. And Putin, so far, has given no indication that he’s ready to negotiate. Now, this whole story about Putin being isolated and being lied to feeds into this question, because he’s not going to give the go-ahead, or get serious about these negotiations, unless he realizes and accepts that he’s losing on the battlefield.

And then Ukrainians have gotten some momentum as well. They’ve gotten all of these counter attacks that are being pretty effective around Kyiv and other places as well — like today’s helicopter raid in Russia.

So neither side may quite be ready. But then this gets to, are these talks useful even if they are not yet ready to conclude, or even get very serious? I would say yes, they’re useful. The Ukrainians have given a lot of thought to this and apparently have had substantive conversations with the Russians.

On the Ukrainian side of the talks, they’ve moved a bit. How far do you think they’d be willing to go to reach a deal?

The Ukrainians are looking at this negotiation with the Russians as an opportunity to both end the war, but also to put in place some arrangement that will provide for Ukraine’s national security going forward. For years, the Ukrainians have thought that being a member of NATO would give them that security, and some NATO allies made no secret of their response saying, not yet, not now. Zelenskyy has come to the kind of reluctant, probably disappointing conclusion that these NATO allies who are saying not now are not going to change in time to give him the security that he needs for Ukraine. So he’s looking for something else, and it has led to this idea of more of an Austrian model — more of a neutrality stance, with some important caveats.

The Austrian model is EU member, not NATO member. So it’s neutral in that it’s not a member of a defensive security alliance. But the two other considerations are one, no infringement on Ukraine’s ability going forward to defend itself. It needs to be able to maintain under any agreement going forward, its own military, and it’s demonstrated that they’ve got a very powerful, committed, effective military they need for their own security. Number two, they want security guarantees. They’re giving up something, the national commitment to apply to NATO, and they want something for it. What they’ve asked for is security guarantees from a group of countries that would give legally binding guarantees of Ukrainian security. These guarantors would include the United States, Germany, France, Britain, Russia, Turkey, and others, and they’d want these legally binding guarantees that the Americans, Poles, Brits, Turks, if they all sign up, will send military forces to Ukraine to help them defend against an invasion.

Real connection can only happen on safe platforms. So we build tools to protect our communities.

Learn about our efforts

How willing would these countries be to sign up to such an agreement, and why not just agree to letting them join NATO at that point?

Your first question deserves a serious answer, and it’s worth debate in each of those countries.

On your NATO question, that’s where we’ve been since 2008. In 2008, I was in Kyiv at the time and President George W. Bush came by Kyiv. At the time, he was the last sitting president to show up in Kyiv, Ukraine, en route to the NATO summit in Bucharest, Romania, where they said, “no, Ukraine can’t start the membership action plan process.” So since then, there have been NATO allies, European NATO allies who have said not now. Those who would argue for a security guarantee would say admit them now, but the problem is that it’s infeasible. So Zelenskyy has had to conclude that that’s not going to happen.

How receptive would the U.S. be to signing on as a guarantor?

— U.S. providing Ukraine with equipment to protect against chemical attacks: The United States has been quietly granting Ukraine’s request for protective equipment against a possible chemical weapons attack from Russia, four administration officials told POLITICO. The U.S. and its Western allies fear Putin will order the use of chemical weapons to break Ukraine’s stiff resistance. In turn, the Kremlin has leveled baseless accusations against the U.S. and Ukraine about bioweapons and chemical attacks, leading U.S. officials to fear Russia is plotting a false flag operation.

— Biden administration to end controversial Title 42 border policy in May: The Biden administration said today that it will end a Trump-era border policy on May 23, under which nearly two million migrants have been expelled from the U.S. The Centers for Disease Control and Prevention, which invoked the controversial order in March 2020 to limit the spread of Covid-19, but which critics say became an immigration control measure, said the policy is no longer needed to protect public health.

— Amazon workers in Staten Island form company’s first union in stunning upset: An Amazon facility on Staten Island voted to become the company’s first unionized U.S. workplace in a mammoth upset that would be one of organized labor’s biggest victories in decades. Workers at the site, known as JFK8, voted 2,654 to 2,131, in favor of organizing, according to officials at the National Labor Relations Board. There are 67 contested ballots that were not tallied, far short of the number necessary to swing the results.

— Psaki likely leaving White House soon for new job at MSNBC: White House press secretary Jen Psaki is likely leaving the White House in the coming weeks for a new job with MSNBC, a person with knowledge of the coming move told POLITICO. The source said Psaki is slated to join MSNBC and have a show on its streaming partner Peacock. There’s been chatter for weeks about Psaki leaving the briefing room podium for a TV gig. And her absence this week with Covid spurred speculation about whether communications director Kate Bedingfield’s debut at the podium amounted to fill-in duty or a dry run for taking over the role permanently.

— U.S. added 431,000 jobs in March in sign of economic health: America’s employers extended a streak of robust hiring in March, adding 431,000 jobs in a sign of the economy’s resilience in the face of a still-destructive pandemic and the highest inflation in 40 years. The Labor Department’s report showed that last month’s job growth helped reduce the unemployment rate to 3.6 percent, the lowest level since the pandemic erupted two years ago. Despite the inflation surge, persistent supply bottlenecks, the damaging effects of Covid-19 and now a war in Europe, employers have added at least 400,000 jobs for 11 straight months.

— Florida man gets 18 months in prison for threats to Pelosi, AOC: A Florida man was sentenced today to a year and a half in federal prison for issuing a series of crude and violent threats to House Speaker Nancy Pelosi and Rep. Alexandria Ocasio-Cortez. Paul Hoeffer, 60, of Palm Beach Gardens, received the sentence at a hearing in Fort Pierce, Fla., after pleading guilty to three felony counts of making interstate threats against Pelosi (D-Calif.), Ocasio-Cortez (D-N.Y.) and a prominent prosecutor in Chicago, Kim Foxx, court records show. 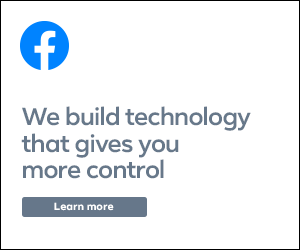 ANOTHER LEGALIZATION PASSAGE, ANOTHER UNCLEAR PATH — The House passed a far-reaching marijuana legalization bill today by a 220-204 vote, largely along party lines and still with no real path to Biden’s desk, Natalie Fertig writes.

It marks the second time in less than two years that the House passed legislation to decriminalize cannabis, scrap some old marijuana-related convictions and allow states to make their own decisions about whether to establish marijuana markets. But Democrats seem no closer to fulfilling a major campaign promise, passing a party-line bill that has little chance of getting the necessary Republican support to pass the Senate.

“I was a supporter of the War on Drugs — I’ve been here a long time,” House Majority Leader Steny Hoyer said on the House floor today, pointing out that Black Americans are four times more likely than white people to be arrested for low level cannabis crimes. “This bill is a matter of justice and equal opportunity… so that Americans and America can become a better, stronger, more fair, and more just America.”

Majority Leader Chuck Schumer plans to introduce his own cannabis bill soon, but does not currently have the Democrat votes to pass it, let alone the Republicans needed to overcome a filibuster.

Today’s vote highlighted the growing rift between the parties — and even among Democrats — on how to address cannabis policy. Despite growing support among GOP lawmakers for legalization and polling that shows two-thirds of Americans back that stance, just three Republicans voted for the Marijuana Opportunity Reinvestment and Expungement Act.

We want privacy to be as easy as possible for you. That’s why we built the Privacy Checkup, so you can:

Learn more about our safety efforts.

Did someone forward this email to you? Sign up here.