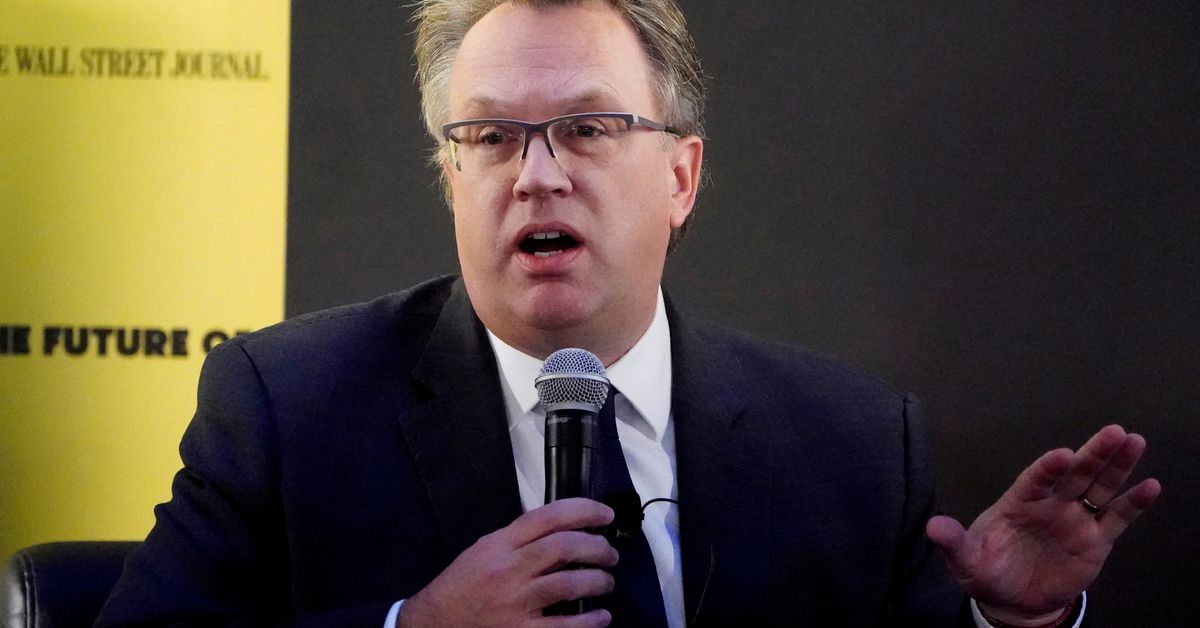 PRINCETON, N.J., April 2 (Reuters) – The Federal Reserve needs to move monetary policy towards a more neutral stance, but the pace at which it tightens credit will depend on how the economy reacts, New York Fed President John Williams said Saturday.

Williams, in response to questions at a symposium about whether the Fed needed to hasten its return to a neutral policy rate that neither encourages or discourages spending, noted that in 2019 with rates set near the neutral level “the economic expansion started to slow,” and the Fed resorted to rate cuts.

“We need to get closer to neutral but we need to watch the whole way,” Williams said. “There is no question that is the direction we are moving. Exactly how quickly we do that depends on the circumstances.”

Williams’ remarks suggest a more cautious approach to coming rate increases than has been pushed by colleagues who feel the Fed should race towards a more neutral stance by using larger than usual half-point rate hikes at upcoming meetings.

The median policymaker estimate of the neutral rate is 2.4%, a level that traders currently feel the central bank will hit by the end of this year. Such a pace would require half point increases at 2 of the Fed’s remaining six meetings this year, with expectations of a first coming at the Fed’s May 3-4 session.

The Fed raised interest rates last month by a quarter of a percentage point, the beginning of what policymakers expect to be “ongoing increases” aimed to tame inflation currently running at triple the Fed’s 2% target.

At the last Fed meeting the median policymaker projected quarter-point increases only at each meeting, but several since then have said they were prepared to move more aggressively if needed.

The outcome depends on whether inflation eases, Williams said.

“We expect inflation to come down but if it does not….we will have to respond. My hope right now is that won’t happen,” Williams said.

The Fed will also be using a second tool to tighten credit when it starts to reduce the size of its nearly $9 trillion balance sheet. Williams said that could begin as soon as May.

In prepared remarks to a Princeton University symposium Williams said high inflation was currently the Fed’s “greatest challenge,” and is potentially being driven higher by the war in Ukraine, the ongoing pandemic, and continued labor and supply shortages in the United States.

“Uncertainty about the economic outlook remains extraordinarily high, and risks to the inflation outlook are particularly acute,” Williams said.

However, he said he expected the combination of rate increases and balance sheet reduction to help ease inflation to around 4% this year, and “close to our 2 percent longer-run goal in 2024” while keeping the economy on track.

“These actions should enable us to manage the proverbial soft landing in a way that maintains a sustained strong economy and labor market,” Williams said. “Both are well positioned to withstand tighter monetary policy.”