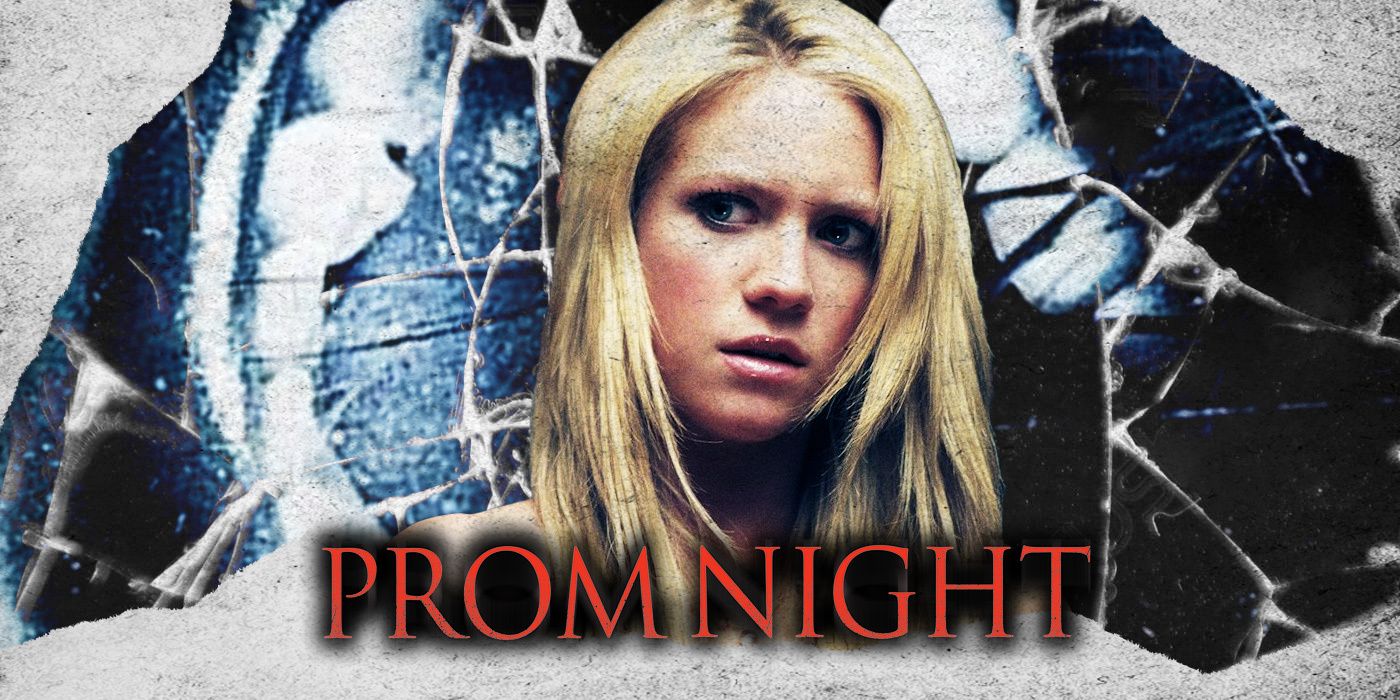 There will always be remakes and reimaginings of horror classics. Sometimes you wind up with gems like 2004’s Dawn of the Dead, 2013’s Evil Dead, and 2017’s It. But then you also get movies like 2008’s critically maligned Prom Night, a loose remake of Paul Lynch’s 1980 release starring Jamie Lee Curtis.

The 2008 version features Brittany Snow as Donna Keppel, a high school freshman being stalked by a former teacher who kills her entire family. Three years later, Donna lives with her aunt and uncle and is doing whatever she can to move forward, like celebrating her senior prom. However, on the day of the big event, her stalker escapes from prison and targets Donna and her friends on what should have been one of the best nights of their lives.

Prom Night was not especially well-received when it hit theaters in April 2008. The movie did manage to open at #1 with about $20 million at the domestic box office, but the critical response was rough, to say the least. Prom Night currently has a dismal 7% on Rotten Tomatoes.

While on Collider Ladies Night celebrating the release of her stellar new horror movie, X, Brittany Snow took a moment to revisit Prom Night’s reception. What’s the key to forging forward when you’re trying to build a feature film career and your latest release doesn’t pan out as hoped? Here’s what Snow said:

“I’m really glad that I was at an age where there were so many other things that I was worried about as opposed to what critics thought of me. I was 21 and I really didn’t care about what the critics said. Now, in hindsight, in my 30s, I care a lot more I think. But I knew that it did really well at the box office, I knew that it was the number one movie for many, many weeks and I knew going into doing Prom Night that it wasn’t going to be Schindler’s List. I think there’s a way of making an experience feel like it was more about the experience than the result. And I did feel like that with Prom Night. I made one of my best girl friends in that movie who was in my wedding. A lot of good came from that and so I guess it was a lesson in not caring about the results of something.”

RELATED: Brittany Snow Explains the Mechanics of Pulling off THAT Scene in ‘X’

Looking for more from Snow? Be sure to check out the uncut version of our Collider Ladies Night interview in podcast form below to hear all about how 2012’s Pitch Perfect made her fall in love with acting again, getting an A+ scene partner in Scott Mescudi while making X, and loads more!

‘The Thing About Pam’: Judy Greer on the Key to Delivering Reaction Shot Gold Listening to Pam’s Episode 4 Lies

Perri Nemiroff has been part of the Collider team since 2012. She co-hosts Collider FYC, The Witching Hour and hosts the interview series, Collider Ladies Night. Perri’s a proud graduate of Columbia University’s Film MFA program and member of the Broadcast Film Critics Association. Perri splits her time between Los Angeles and New York, but devotes every waking hour to her cat, Deputy Dewey.