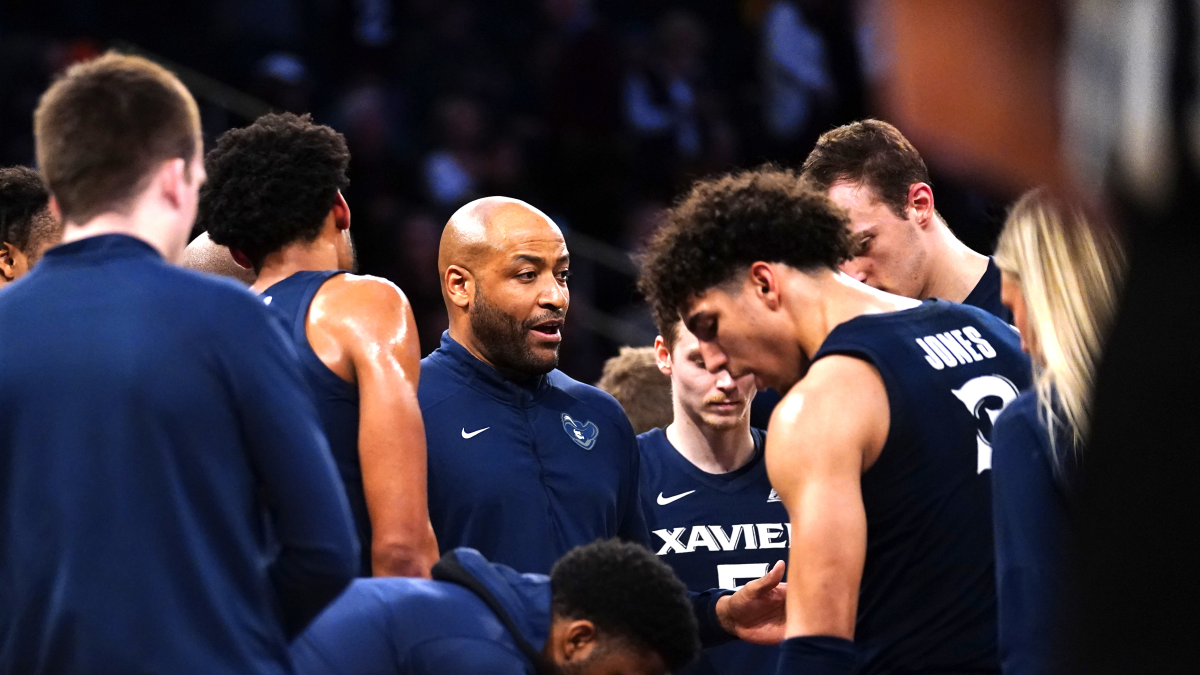 In a game that featured 17 lead changes, Xavier interim basketball coach Jonas Hayes couldn’t describe his emotions after the No. 2 Musketeers secured a 73–72 down-to-the-wire victory in the National Invitational Tournament final.

“I’m at a lost of words,” Hayes told ESPN’s sideline reporter Myron Medcalf at the end of the game. “I can’t say enough of about our guys. That’s what Xavier basketball is all about.”

Following the brief exchange, Hayes was greeted bye his twin brother, Jarvis, and his mother as the two congratulated Hayes after winning the title game over No. 1 Texas A&M. Hayes took over as interim coach after the program curiously parted ways with coach Travis Steele during the tournament.

The Musketeers led by as many as eight points within the first three minutes of the second half before both teams knocked down timely buckets in a back-and-forth affair that came down to the final possession. After Texas A&M’s Quenton Jackson knocked down a pair of free throws to give the Aggies a 72–71 lead with 27 seconds remaining, the Musketeers responded with the play of the game.

After a timeout out, Xavier guard Colby Jones made an inbound pass to Jack Nunge, who converted on a game-wining bank shot to give the Musketeers a one-point lead with seconds to play.

In what could have been the last NIT game at Madison Square Garden for the foreseeable future, the championship game ended in dramatic fashion.

Jones led the Musketeers in scoring with 21 points, four rebounds and three assists, followed by Dwon Odom with 18 and Nunge with 15 points.

Quenton Jackson led the Aggies in scoring with 23 points and six rebounds.