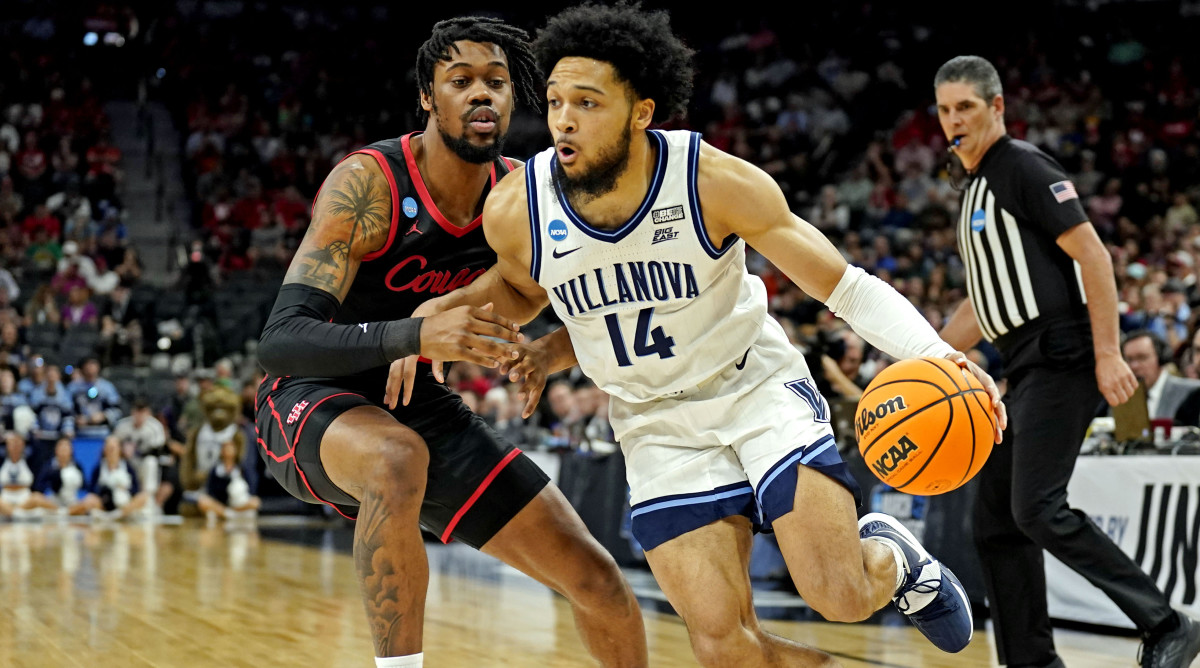 What could prove to be their downfall?

The Final Four is just two days away! With four of the sport’s biggest brands convening in New Orleans and story lines galore around these outstanding matchups, it’s hard to wait until Saturday evening. Here are four big questions heading into those two games that will determine who advances to the national championship game.

Which Villanova guard steps up?

With Justin Moore sidelined after tearing his achilles in the Wildcats’ Elite Eight win over Houston, Villanova needs someone to fill the void offensively. It makes sense for veteran wing Caleb Daniels to step into a starting role, and he’s certainly the most explosive offensive option Jay Wright has to fill the SG position. But someone else is going to have to make threes to help space the court. If Villanova plays bigger, that falls on Brandon Slater, a 32% shooter from deep most known for his defense. Otherwise, the likes of Bryan Antoine and Chris Arcidiacono need to be an offensive threat when on the floor.

In both meetings between Duke and North Carolina this season, the Tar Heels’ biggest issue has been Bacot foul trouble. In the first meeting, UNC matched Bacot up with Paolo Banchero, and the Carolina center picked up a pair of early fouls that allowed Duke to balloon its lead to 20 early. And in UNC’s shocking win at Cameron Indoor Stadium, Duke’s only sustained push in the game came with Bacot sidelined late in the first half. The Tar Heels need Bacot to match up on the interior with Mark Williams and help them control the glass.

How will Duke handle the moment?

Duke vs. North Carolina in the Final Four and in Coach K’s last year makes this game one of the most talked-about showdowns in college basketball history. And while the pressure isn’t as one-sided as it was in Mike Krzyzewski’s final home game, there’s no question that there’s more outside pressure and attention on the Blue Devils than on anyone else. Duke looked shell shocked when UNC threw the first punch at Cameron Indoor. How will they respond to the pressure and adversity with the brightest lights on them?

Who plays the point for Kansas?

Remy Martin’s emergence in March has been huge in getting the Jayhawks to New Orleans. But will Bill Self trust the more dynamic Martin or the steadier Dajuan Harris in crunch time? Harris can be an offensive liability, and in the tournament teams have sagged far off him, daring the crafty guard to shoot it from deep. But Martin has had his ups and downs this season for the Jayhawks and at times has struggled with his decision-making. Against a defense as stingy as Villanova’s, can Kansas afford to put the ball in Harris’s hands?

• Before Duke and North Carolina clash in the Final Four, Pat Forde looks back at each’s best wins in the rivalry … and the most infamous games.

• Every team in the men’s Final Four has at least one “super senior” who took advantage of a bonus year of eligibility. Kevin Sweeney on how they’ve been shaping the Big Dance.

On this day in 1985, No. 8 Villanova played a near-perfect game to take down an almighty Georgetown team, becoming the highest-ever seed to win a title and handing a bittersweet ending to Patrick Ewing’s four-year collegiate career to boot. In 2004, SI’s Tim Layden looked back on that miracle Wildcats team and the life-altering experiences for the players and coaches. “Nineteen years, yet this game hasn’t loosened its grip,” Layden wrote. “Lives turned on the outcome, and lives are affected still: touched, guided, haunted.” This weekend, Villanova will make its seventh Final Four appearance, this time as a No. 2 seed, but with No. 8 North Carolina looking to join the Wildcats in the history books.