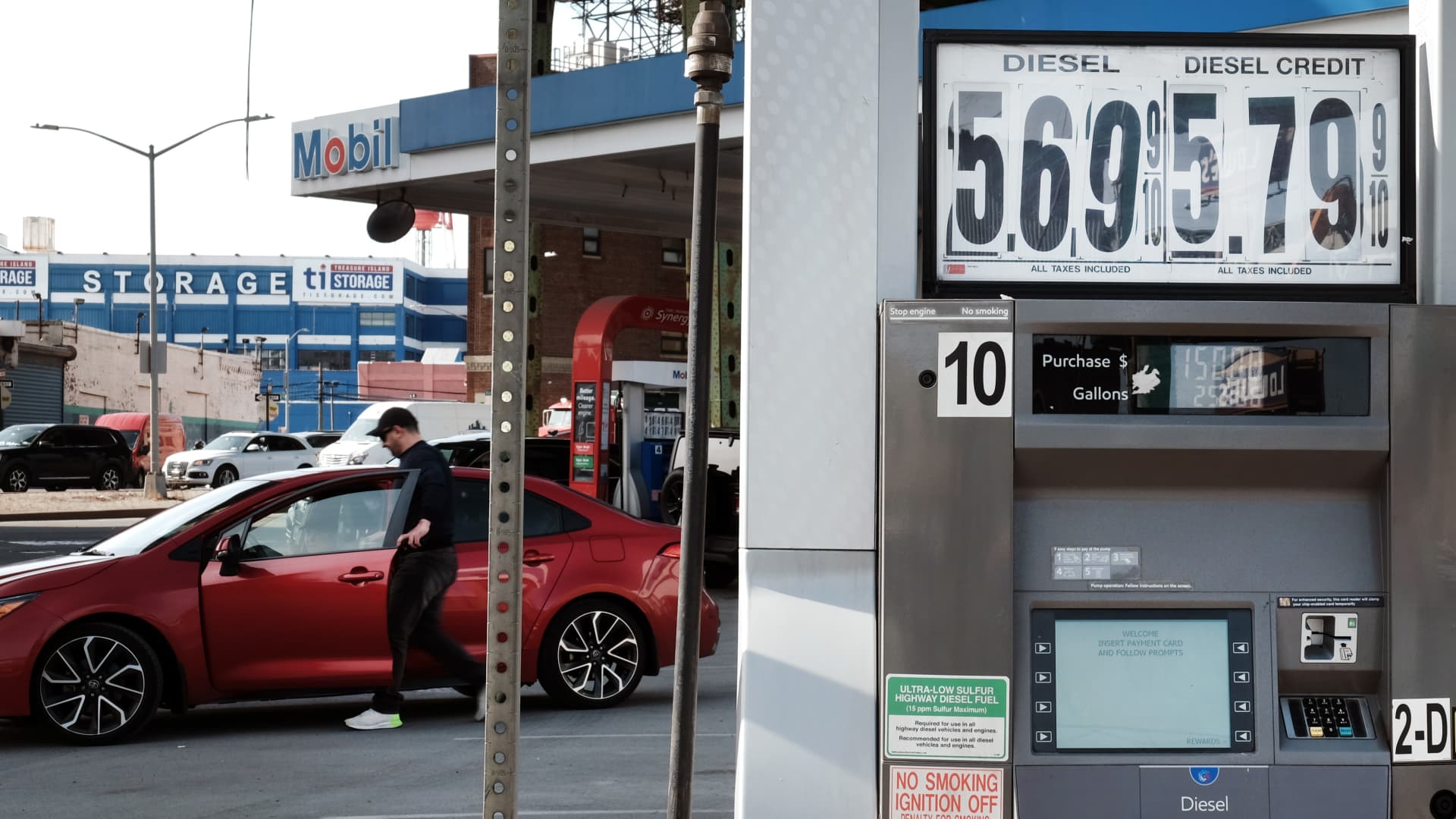 Filling up at the pump comes with a hefty dose of sticker shock.

Russia’s invasion of Ukraine and global supply concerns have sent gas prices to record highs — hitting $6 in some parts of the country.

To combat the spike in energy costs, the White House said it will release 1 million barrels of oil per day from the nation’s strategic reserves “to serve as bridge until the end of the year when domestic production ramps up.”

We could see the national average price of gasoline fall back under $4 a gallon in the few weeks ahead.

head of petroleum analysis at GasBuddy

The increased supply should help push prices down since more than 50% of the cost of gasoline is based on the price of oil, according to the U.S. Energy Information Administration.

Expect prices at the pump to fall “maybe a penny every day or two,” said Patrick De Haan, head of petroleum analysis at GasBuddy.

How to save on gas right away

Now, nearly 9 in 10 car owners are concerned about being able to afford filling up, according to a separate report by AutoInsurance.com.

To shield yourself from unpredictable prices at the pump, consumer savings expert Andrea Woroch has these tips: