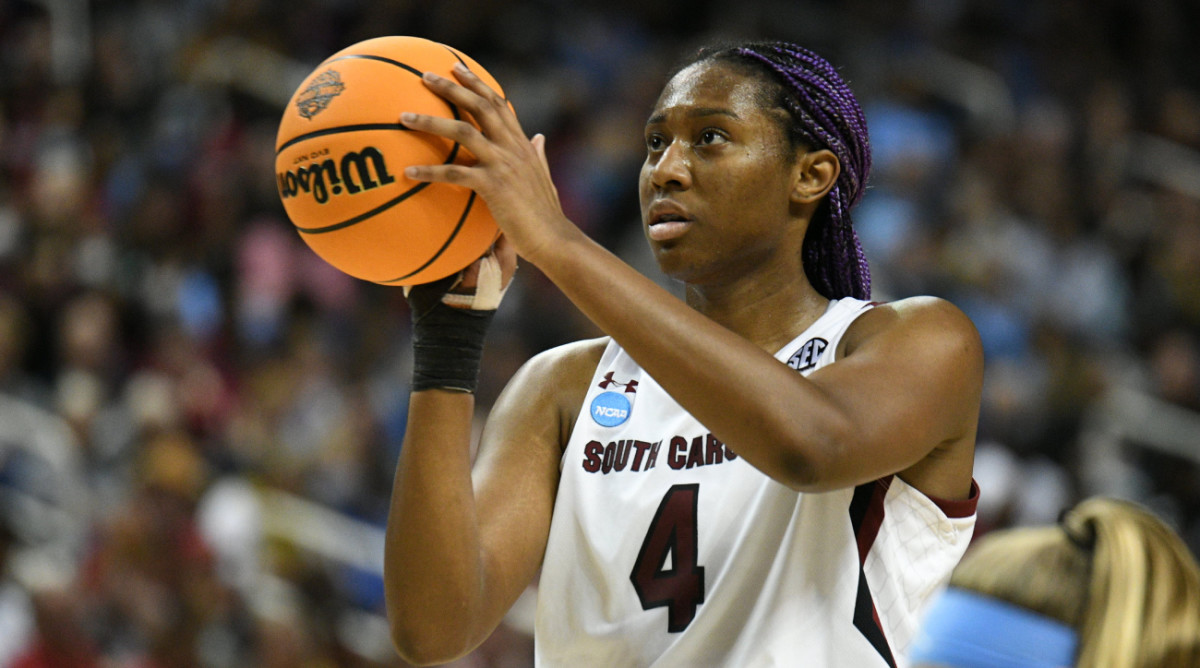 South Carolina star Aliyah Boston and LSU women’s basketball coach Kim Mulkey are adding more hardware to their collections as the two were named the 2022 Associated Press women’s Player of the Year and Coach of the Year respectively.

Boston, who was named the Naismith Player of the Year and Naismith Defensive Player of the Year on Wednesday, became the second player from the Gamecocks program to receive the AP award, joining former South Carolina star and 2020 WNBA MVP A’ja Wilson.

The forward was also named the recipient of the Women’s Basketball Coaches Association 2022 Wade Trophy (the best upperclass women’s basketball player in the country) on Thursday. She broke the SEC record for most consecutive double doubles with 27 in a row this season.

Mulkey, the longtime coach at Baylor, completed her first season at LSU, rebuilding the Tigers’ program and leading it to 26 wins in the 2021 to ’22 season. Thursday marked the third time Mulkey has won the award, joining UConn’s Geno Auriemma and former Notre Dame coach Muffet McGraw as the only other coaches to receive the award on at least three different occasions.

At one point, the Tigers rose to No. 6 in the AP poll and made an appearance in the second round of the NCAA tournament before losing to Ohio State. Mulkey leading the Tigers to 25-or-more wins was the first time the program eclipsed that feat since the 2007 to ’08 season.

As for Boston, the junior forward will look to lift the No. 1 Gamecocks (33–2) to a victory against No. 1 Louisville on Friday in the Final Four to move one step closer to earning the program’s second national title.