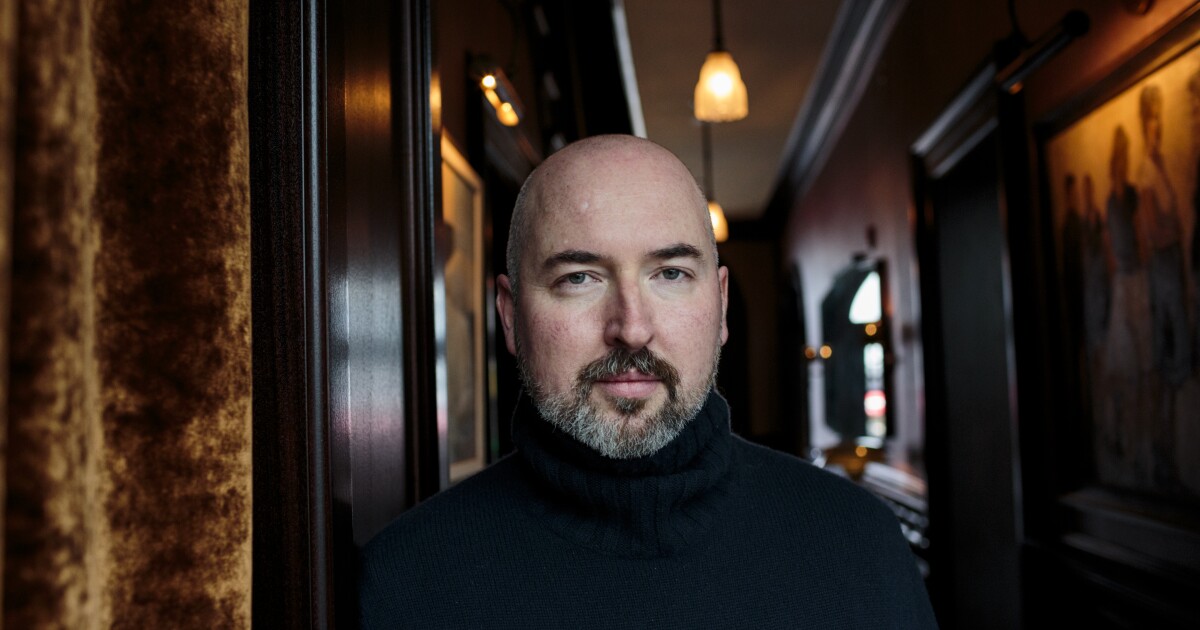 If you buy books linked on our site, The Times may earn a commission from Bookshop.org, whose fees support independent bookstores.

The story goes that in the sixth century a young boy called Kentigern saw some other little rascals pelting robins with stones. One bird fell to the ground, and after the scamps scattered, Kentigern stroked its feathers and prayed. Moments later, the robin flew off, revived. This maybe-miracle is one of four that hagiographers attribute to Kentigern, who became known as St. Mungo, the patron saint of Glasgow and namesake of Douglas Stuart’s bear hug of a new novel, “Young Mungo,” which follows great cruelty with great tenderness.

Like Kentigern, people in the follow-up to Stuart’s Booker Prize-winning debut, “Shuggie Bain,” are rarely known by their given names. Fifteen-year-old Mungo’s older brother Hamish, a teenage Proddy Bill the Butcher, demands to be called Ha-Ha, though he evokes dread rather than laughs. Their mammy Maureen is Mo-Maw, a distinctly unmotherish moniker for a parent who sloshes down lagers and undoes her top two buttons before her shift as a late-night snack cart attendant. Mo-Maw infrequents Alcoholics Anonymous meetings with the likes of Every-Other-Wednesday, Mount Ellen-Ellen and Cranhill-Cathy. St. Christopher, “a man with a single suit and a bag full of drink,” and self-tattooed, ropy Gallowgate are the Rosencrantz and Guildenstern who cart Mungo off on a menacing fishing holiday in the novel’s first chapter.

Names are useful masks in the East End of Thatcherized early 1990s Glasgow, where stolen car radios clutter up coffee tables, out-of-work shipbuilders whale on their wives and terrified 11-year-old Catholic and Protestant boys clutch lead pipes while they do their bit for the sectarian divide. (When Mungo asks why they fight the Catholics, Ha-Ha replies, “It’s about honour, mibbe? Territory? Reputation? … Honestly, ah don’t really know. But it’s f— good fun.”) This working-class lot can’t separate pride from envy; they sniff at the West End, “with its gothic spires and ancient university and outdoor cafés with vegetarian menus.” (Mungo is a Scot who has never seen a castle.) You can’t ever be yourself in a place you can’t escape — too risky — so everyone becomes someone else.

“Young Mungo” has the same yeasty whiff of the autobiographical as the gorgeous “Shuggie Bain,” and the two share more than a little in common: booze-guzzling mums, hidden gay love, a thick coating of post-industrial grime. (If you adored “Shuggie Bain,” in all its lively misery and lush detail, “Young Mungo” will please you on every page. If you didn’t, what’s wrong with you?)

This sophomore effort flashes back and forth between the springtime unfurling of Mungo and James’ love (forged in the dovecote where James raises pigeons) and the goose-pimpling fishing expedition a few months later. St. Christopher and Gallowgate tell Mungo they’ve hauled him out of the city to “make him a man,” a mission they share with every other adult in his life. Figuring out how he came to be in the clutches of these strangers makes up the balance of this tear-cranking story.

From the beginning, Mungo’s mother has checked out for a pawn shop owner called Jocky; while Jodie keeps the cupboards from going bare, she’s also caught up in a lopsided affair of her own. Which leaves Mungo, a remarkably pretty child, alone to chew the furniture (literally, he leaves teeth marks on windowsills and remote controls).

He meets James in the grass between tenements, “a purgatory only forty feet wide.” At first they talk pigeons; then they sink into a lovely shared loneliness, inching their way toward intimacy as they binge on treats from the “Aladdin’s cave of sugar” James’ father leaves behind when he goes to work on an oil rig for weeks at a time. In this novel, neglect comes in a thousand different shades.

It’s a classic Dickensian arc: The unwanted young lad, hoping for better things, is caught up in broader violent schemes and made to choose between the life he wants for himself and the one set out before him. (I started to keep an eye out for the Artful Dodger.) But novelists have been flaccidly imitating the 19th century realists for so long that it’s a shock when one carries it out this successfully. Stuart oozes story. Mungo is alive. There is feeling under every word.

To be clear, under no circumstances should you believe that this novel is anything less than bleak. It’s a bloody business being a Glaswegian boy, and “Young Mungo” reads like an emergency room physician’s list of cases: bashed noses, shattered teeth and mangled limbs. Group dynamics revolve around escalating barbarity; it’s a sport and bond. When one boy in Ha-Ha’s crew climbs a ladder to break into a builder’s yard, “the other young men took turns at kicking the bottom of it. It must have been a great entertainment, for they were whooping and betting money on him cracking his skull.”

Embedded in these brutal games is the childish logic — perfectly rational in their circumstances — that savagery is a prerequisite for love. Mungo and James wallop each other as they become friends, but when they end up sharing a bed they take “great pains to not touch.” They don’t know how to embrace without the pretext of cruelty. “Violence always preceded affection; Mungo didn’t know any other way.” When they eventually kiss, James offers, “We could pretend it was a headbutt if you like.”

Touch is Stuart’s keenest sense. His Scotland is a place of scratchy wool sweaters, Dr. Scholl’s clogs across the back and pinkie fingers that transmit electricity. Mungo’s body is an ongoing experiment — exposed to every element, stroked by some, “split” by others. This David Copperfield can’t study his way out of the slums. Stuart turns the Victorian novel’s idea of adulthood as redemption into a farce — a body can’t outgrow its own formation.

This novel cuts you and then bandages you back up. A few pages later — another slash. Yet Stuart doesn’t delight in misery the way writers such as Hanya Yanagihara seem to. Misery is just a necessary ingredient in his novels of sentimental education, the hit of salt that makes the sugar sing.

And oh, let’s not neglect the wide-armed pleasure of “Young Mungo”! One remarkable scene clocks Mungo and James bicycling out of their neighborhood for the first time, heading eastward no matter where it takes them. They land in a sea of grass bigger than any they’ve ever seen; they kiss and caress over the green and under the blue. It’s a rare sunny day and the wide-open sky turns them giddy and brave. It feels like my own memory. It feels like that’s all it might be for Mungo one day too.