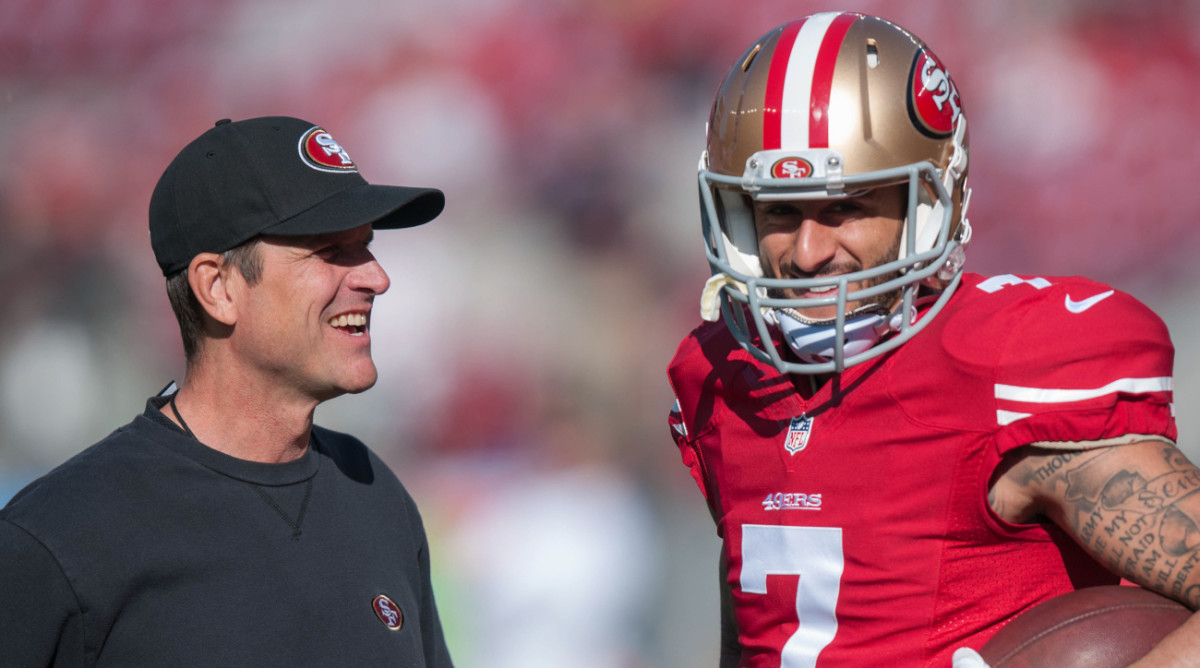 Kaepernick was named an honorary captain for Michigan’s spring game during the visit. The game will be held on Saturday.

Michigan Football posted the announcement on Wednesday with the caption “Football Family.” They also gifted Kaepernick with his own Michigan jersey.

Kaepernick attended Nevada, and played for the school for four years until he was drafted in 2011. Although the quarterback did not sport the maize and blue in college, he did play under Harbaugh with the 49ers from 2011-14.

Kaepernick hasn’t played in an NFL game since the 2016 season, but he has practiced with several current NFL players this offseason. There has been speculation about different teams interested in signing the 34-year-old quarterback before the 2022 season begins.