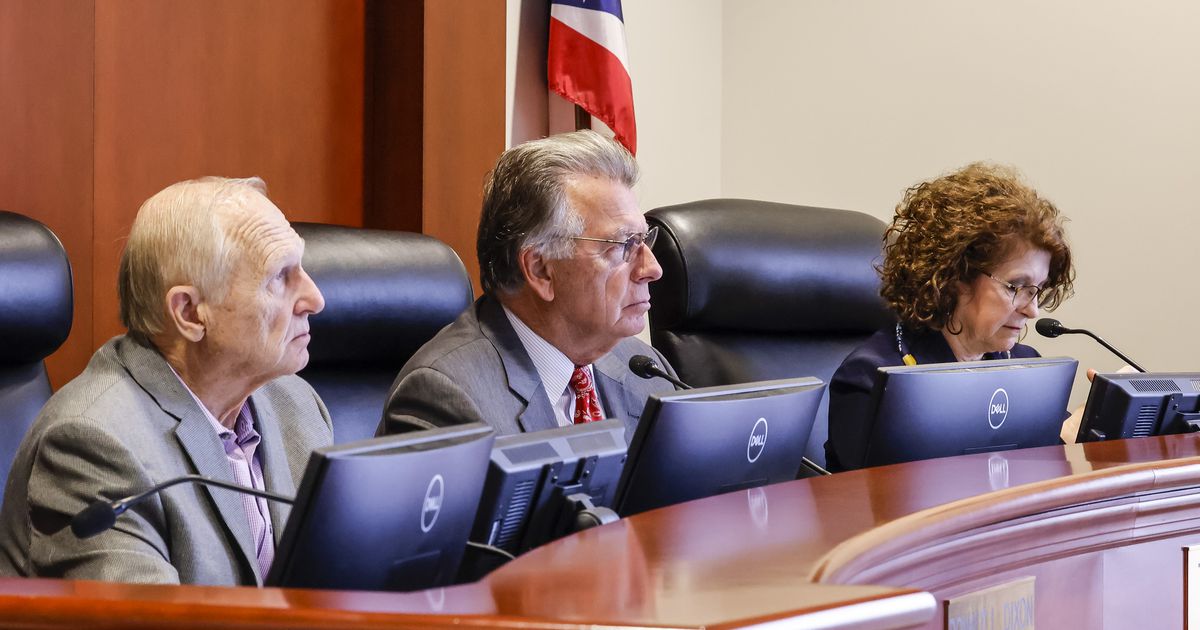 After the federal windfall was announced Commissioner Cindy Carpenter began canvassing the county, listening to the wants and needs of communities and groups. She has released her plan for ARPA and other funding sources totaling $98 million, including almost $20 million from the general fund and some other COVID-19 resources the county received.

She allocated $7.85 million in total from all COVID-19 funding sources and the general fund for public-health related endeavors, including nearly $3 million for a new morgue.

All three commissioners have picked their favorites, but the other two have not released those preferences. Carpenter wants to conduct a public work session to discuss the plans and award the cash. She said they have “stalled out” on several projects like blocked railroad crossings and it’s time to act on ARPA.

“We just need to kick the ball forward on some of this stuff and close the loop, we just need to do it,” Carpenter said. “I asked the prosecutor to help me initiate the conversations on the ARPA projects, because the first conversation has not even occurred.”

Commissioner Don Dixon said they heard a lot of really great “concepts” but no concrete details.

“I want to know what we’re funding, I want to know who, what, when, where,” Dixon said. “Look, I’ve been around here long enough, you don’t leave anything to chance. They come in and they have a good plan in their head, they think they know how they’re going to do it, but it never works out that way. And once you fund them what are you going to do.”

He said the county is ultimately responsible for any projects they fund and will be held accountable by the federal government.

Commissioner T.C. Rogers told the Journal-News he is frustrated and wants to get the process started.

“I plan to bring up at meetings next month possible funding of certain proposals submitted, we’ll discuss it up there, whether we do it, how much, or not,” Rogers said. “But we’re not going to do all of it plus another $20 million. We got $74 million from the federal government out of the blue, now it’s $100 million?”

Out of the general fund Carpenter earmarked $17 million — $24 million was requested — for economic development investment for most of Middletown’s Ohio 4 redevelopment project, another project on that corridor in Fairfield; Miami University’s innovation and workforce development center and a Hamilton storm water improvement.

She said they can afford to share their general fund wealth.

“When you look at all the projects from a countywide perspective you can say some of them are critical, there’s some that are obviously critical,” Carpenter said. “But on the other hand they don’t meet the requirements of the ARPA money, they aren’t a result of the pandemic, they were problems before the pandemic and largely economic development projects.”

The presenters for these projects all gave their justifications why ARPA can be used to fund them.

The most expensive endeavor is a $24 million request from Butler Tech to create a workforce pipeline to advanced aviation and manufacturing jobs.

The plan generally calls for a new facility at Middletown’s airport to teach innovations in the aviation industry and a location in Hamilton for advanced manufacturing career training, like 3-D printing and robotics.

Carpenter would allocate $10 million each for the two projects. Rogers previously said he liked the idea.

“It seems like the protocol for this is to almost partner with existing companies or firms that have a need, then you make the curriculum to fit that and the training,” Rogers said. “Then they have a job when they get out I think that’s important. If we can train them here, get them a job here, there’s a good chance they will stay here, that has always appealed to me.”

Dixon has also said the projects geared toward educational opportunities have merit, but he wants to see Miami and Butler Tech collaborate. He said these ideas highlight the need for more detail.

“When you’re talking about $35 million, that’s a hunk of money,” Dixon said, adding especially when you are building buildings you need to know the plan for long term sustainability.

Another area Dixon said they all apparently agree on — and one that was specifically allowed when the federal rules were first released — was providing broadband county wide. Carpenter allocated $10 million for that endeavor.

“The pandemic will have an indelible effect of how schools, businesses and societies use the internet,” Carpenter wrote in her presentation. “It is imperative that we take this once in a lifetime opportunity to extend our broadband network and ensure that no one is left behind.”

The commissioners heard a $3.9 million proposal from the Butler Rural Electric Cooperative (BREC) and Cincinnati Bell to bring high-speed broadband to about 2,700 Butler County rural locations.

Dixon said people keep asking why they haven’t yet doled out the cash yet, this is another example why.

He said County Administrator Judi Boyko is working on a request for proposals (RFP) for a potential broadband project now, which would be required.

“But that takes time, everybody says why don’t you spend it? Spend it, spend it, spend it, give it to us,” Dixon said. “There’s a reason they made it 2026 (for the funds) to be committed. How do you spend $75 million in two years and really justify it, and account for it and put it to a good use, and know it went to a good use, that’s no easy job.”

The deadline to spend the money used to be 2024 and Boyko said the government “has broadened some of the categories of uses.” She echoed Dixon’s thoughts on next steps.

“I’ve suggested it’s probably wise to revisit their preferred and priority projects in a public format to be able to receive any new information, any modifications to the original proposal and to further ensure the project still complies with the U.S. Treasury’s final rules,” Boyko said.