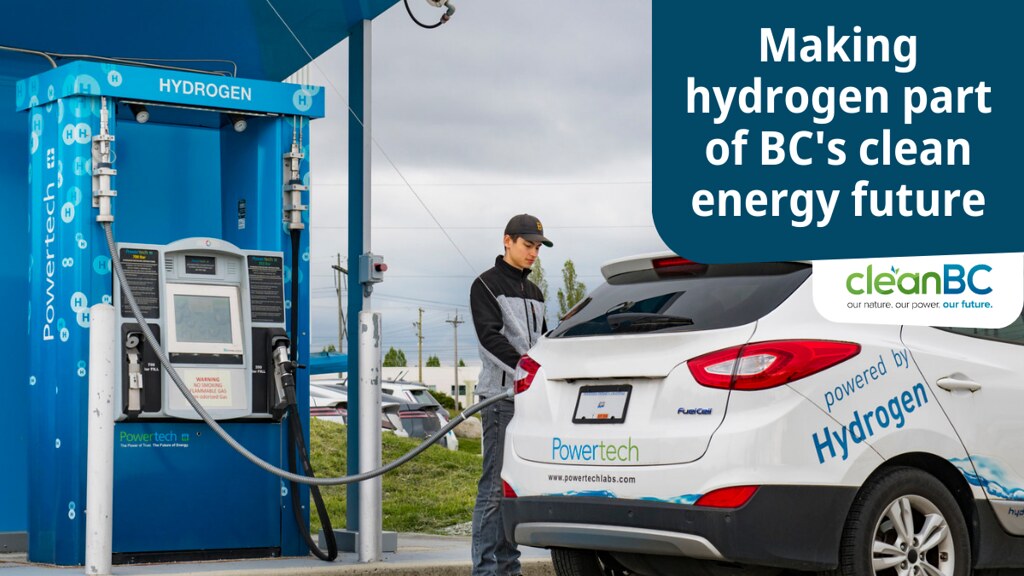 The Province is establishing an office to rapidly expand hydrogen deployment and to streamline projects from proposal to construction.

The BC Hydrogen Office will work with federal and local governments to help attract investments and simplify the multi-jurisdictional review and permitting processes.

This investment is a key pillar of the StrongerBC Economic Plan, which will help B.C. compete and thrive in an ever-changing global economy.

“Our government recognizes the importance hydrogen projects will have for our climate and British Columbia’s economy,” said Premier John Horgan. “That’s why we are taking steps to streamline the process to get these projects up and running as quickly as possible.”

There are already 40 hydrogen projects proposed or under construction in B.C. with more on the way. These projects represent $4.8 billion in proposed investment in the province. Many are small or medium-sized projects to provide local hydrogen supply or solutions, but some are major investments, including some of the largest proposed green hydrogen-production projects in the world.

“With our clean electricity, abundant natural resources and innovative companies, B.C. is a world leader in the growing hydrogen economy,” said Bruce Ralston, Minister of Energy, Mines and Low Carbon Innovation. “We’re already seeing innovative B.C. companies engaged in businesses that show how hydrogen is helping us meet our CleanBC goals and that create new, high-paying clean-tech jobs throughout the province.”

Like all major energy projects, hydrogen projects are complex and require engagement and co-ordination across multiple levels of government, agencies, regulators, First Nations and stakeholders. Hydrogen projects also do not fit into existing federal or provincial regulatory frameworks. Developing a domestic market and retail delivery infrastructure will encourage hydrogen deployment in B.C.

A 2019 provincial hydrogen study showed that by 2050, B.C. could expect hydrogen to provide a positive, $2.5-billion impact to the province’s annual gross domestic product, including economic activity from the domestic use and export of hydrogen and 3,750 new jobs in the province. Given B.C.’s proximity to export markets, it could capture a significant portion of the global hydrogen market, estimated to be worth more than $305 billion by 2050.

“Our ambition is to build the province we want for our future generations and create a low-carbon economy that works for everyone,” said Ravi Kahlon, Minister of Jobs, Economic Recovery and Innovation. “The actions we are taking to welcome new investments in hydrogen technologies speak directly to our commitment to establish B.C. as a world leader in environmental and social responsibility.”

In 2021, British Columbia became the first province in Canada to release a comprehensive hydrogen strategy. Part of CleanBC, the B.C. Hydrogen Strategy includes 63 actions for government, industry and innovators to take over the short term (2020-25), medium term (2025-30) and long term (2030 and beyond). The strategy’s immediate priorities include scaling up production of renewable hydrogen, establishing regional hydrogen hubs and deploying medium and heavy-duty fuel-cell vehicles.

“Using hydrogen as a fuel produces no carbon emissions and is therefore one of the key tools for decarbonizing sectors of the economy,” said George Heyman, Minister of Environment. “Hydrogen, as part of our CleanBC plan, is especially helpful where direct electrification is more difficult, such as in heavy-duty transportation or industrial heating.”

The StrongerBC Economic Plan moves British Columbia forward by tackling the challenges of today while growing an economy that works for everyone. This long-term plan builds on B.C.’s strong economic recovery and works to address two long-standing challenges – inequality and climate change – by closing the skills gap, building resilient communities and helping businesses and people transition to clean-energy solutions. The plan sets two main goals of inclusive growth and clean growth, and puts forward six missions to keep B.C. on track.