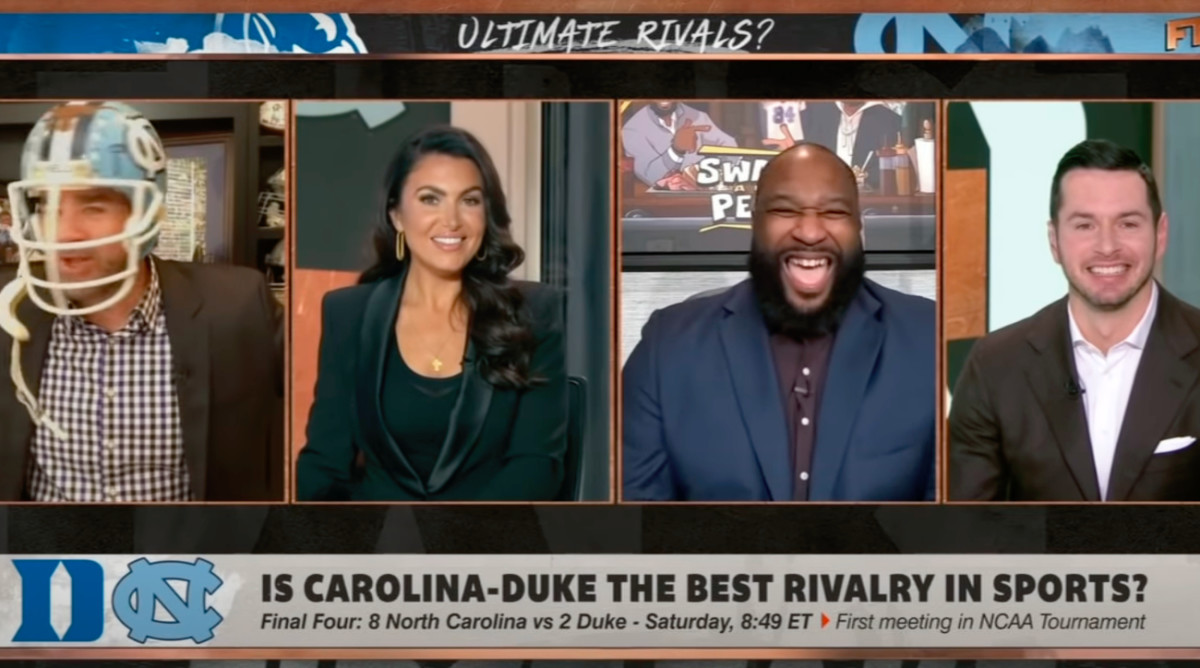 What could be the final game of Mike Krzyzewski’s legendary career as Duke basketball coach has turned into one of the biggest college hoops events possible. The No. 2 seed Blue Devils will take on arch rival UNC, a No. 8 seed that has been riding high since its upset of Duke in the regular season finale at Cameron Indoor Stadium.

If there’s any former Blue Devil that knows how to stir the pot when it comes to the rivalry, it is probably JJ Redick. He is now an analyst at ESPN after a lengthy NBA career, and while he saw a major uptick in popularity as a pro, he is one of the most hated Duke players of all time, and he played the heel on First Take this week, opposite North Carolina football great Jeff Saturday.

“I’ve always felt that Carolina fans hate Duke fans way more than Duke fans hate Carolina fans,” Redick said with a smirk on the show. “And the reason is that people that go to Carolina—and there’s a lot of people in North Carolina that are UNC fans that didn’t go to Carolina—but people in North Carolina and UNC fans all over the country, they have an inferiority complex. They have an inferiority complex, and that’s just part of the rivalry.”

That obviously set off a wave of headlines, and drew plenty of angst from Tar Heels across the internet, especially those who saw the statement without watching the clip. Among them: Fox Sports’ Tate Frazier, UNC grad and co-host of the Titus & Tate college basketball podcast.

After Frazier pointed out UNC’s record stacked up against Duke’s, Redick chimed in on Twitter to say he and Saturday were just “giving each other s—,” and that the statement was a joke.

“It was during a segment where Jeff Saturday was literally wearing his Carolina football helmet. All in good fun,” Redick added. “Saturday will be a great game. Carolina is really f—ing good.”

After Duke and UNC won their respective Elite Eight matchups, Redick wasn’t shy about how things would go in the days leading up to the game.

The man keeps his promises.