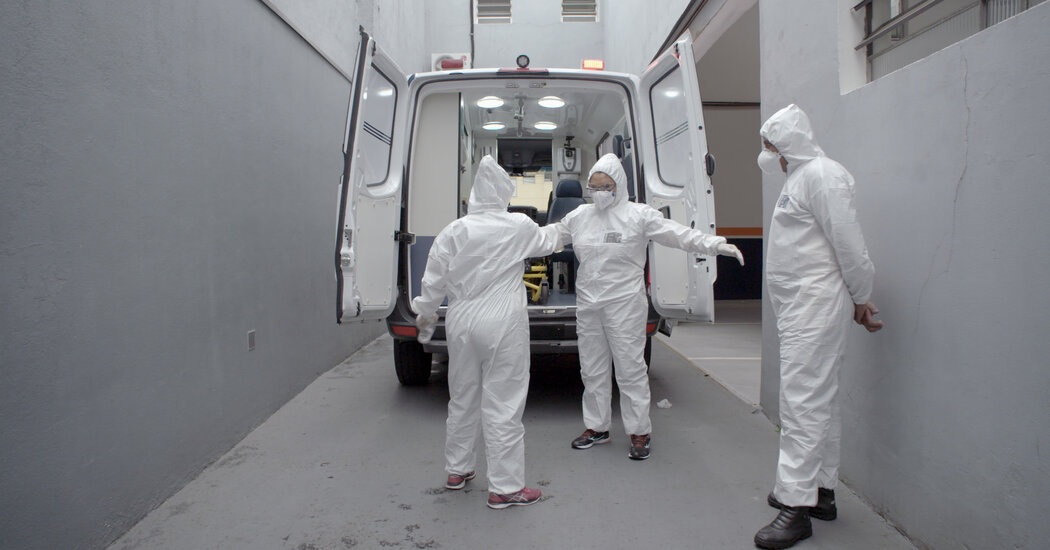 A decade after receiving an Oscar nomination for his documentary “How to Survive a Plague,” about the work of the AIDS Coalition to Unleash Power in the 1980s and ’90s that led to the development of antiviral treatments for AIDS, the director David France returns with what we might — depressingly — call a sequel: “How to Survive a Pandemic,” about the global effort to develop and disseminate vaccines for the coronavirus.

Unlike the retrospective perspective of the 2012 film, “How to Survive a Pandemic” unfolds in medias res — which, given the immensity of the still-ongoing crisis, is both the film’s strength and weakness. In its first half, filmed in 2020, France follows the science journalist Jon Cohen as he interviews policymakers and researchers racing to create and approve Covid-19 vaccines.

Cohen tells his interviewees that he’s assembling a “time capsule” of the moment. This opportunity inspires striking candor in some: Peter Marks, one of the Food and Drug Administration’s highest-ranking regulators, admits to the pressures he was facing under a Trump administration that was eager for a well-timed win.

The second chapter, which traces the distribution of the vaccines worldwide, has less investigative heft. Its events are too recent and unresolved to acquire the hindsight of a time capsule, and its images of hospitals and cremation grounds too familiar to inspire anything other than jadedness.

Here, the film ventures beyond the United States — to South Africa, India and Switzerland — to cover the failure of the United Nations’ vaccine initiative and the unwillingness of manufacturers to release patents. The message — that science cannot succeed without a politics of solidarity — is important, but the film ends on a note of uncertainty that feels defeatist rather than urgent.

How to Survive a Pandemic
Not rated. Running time: 1 hour 46 minutes. Watch on HBO platforms.