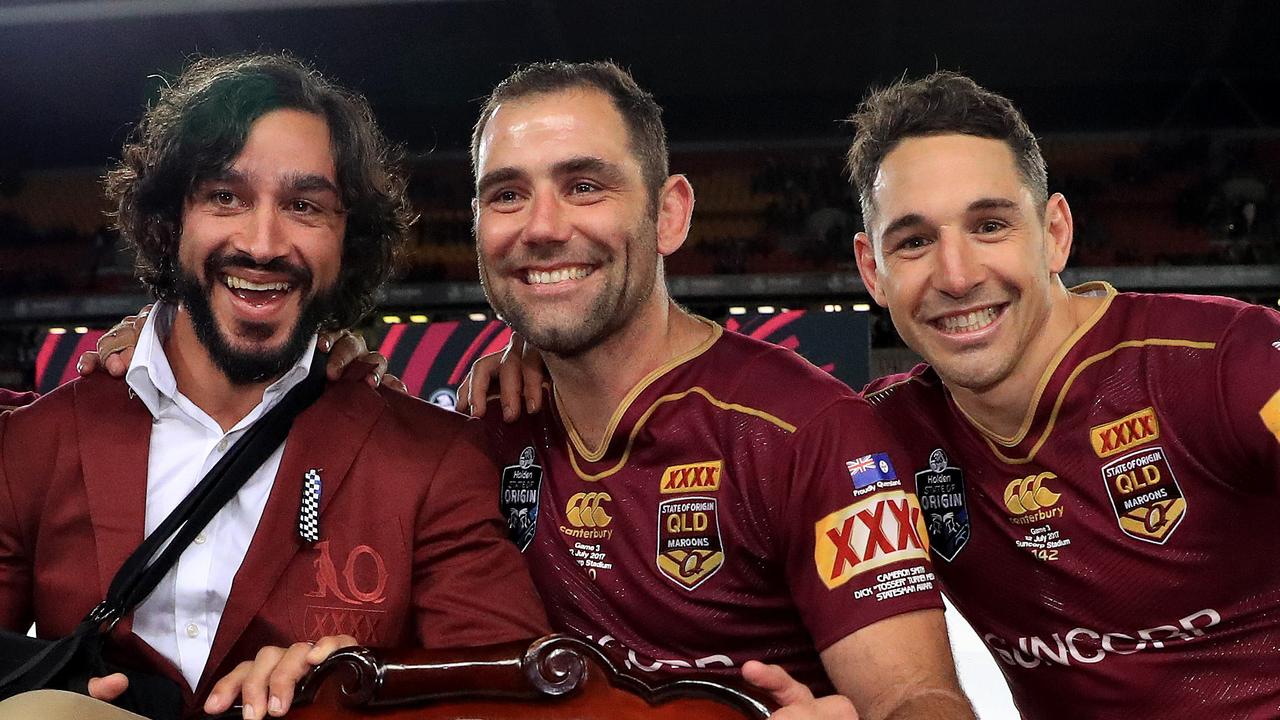 Queensland legends Cameron Smith and Johnathan Thurston have officially joined the Maroons’ coaching staff for the 2022 State of Origin series.

Queensland legends Cameron Smith and Johnathan Thurston have officially joined the Maroons’ coaching staff for the 2022 State of Origin series.

Smith and Thurston will join Josh Hannay — who was announced last October — as assistant coaches to Billy Slater.

Thurston has been a part of the Maroons set-up ever since his retirement from representative footy in 2017, while Smith joins the staff for the first time.

Stream every game of every round of the 2022 NRL Telstra Premiership Season Live & Ad-Break Free In Play on Kayo. New to Kayo? Try 14-Days Free Now >

“If you look at what he brought as a player and a leader, I think that’s also what he can bring as a member of the coaching staff,” Slater said of Smith via a Queensland Rugby League statement.

“Some people have this aura about them, and Cameron Smith is one of those people.

“He didn’t have to say a lot as captain of the Queensland State of Origin team, you felt it more than anything … you felt his presence.”

“I think he can have that sort of impact as a coach also.

“Obviously, his skills and vision of the game, understanding the balance of when to pull the trigger and when to play the percentage play, that was where he excelled in the big games.

“His last moment in Origin was kicking that pressure goal. I just think he’s a valuable asset, not just with the coaching staff, but the players in particular.”

Smith and Thurston have played a combined 79 games for the Maroons. Former Storm champion Smith is the most capped Origin player in history with 42 appearances, while Thurston is an Origin record-holder with 220 points from 99 goals, five tries and two field goals.

A “chuffed” Smith is hoping to make even just a “small difference” to the squad.

“It’s a jersey and a team that I’m extremely proud of and passionate about,” he said.

“But I’m also passionate about Queensland people and our state and making sure that they feel success, and that they can be proud of their football side when we represent them.

“If I can help in some way and give the current players the opportunity to be at their best on game night, and to help or assist Billy to be the best coach he can be, then that’s my role.

“It’s not about anything else, other than trying to help people be better through my knowledge, through my experiences, and if I can make a small difference, I’ll be happy.”

Thurston is humbled to be a part of the coaching staff and lauded Slater’s attention to detail as a coach.

“It was very humbling when Bill asked me to stay on board,” Thurston said.

“He was in camp a couple of times when I was doing some video sessions with the team and he was saying he was quite impressed with what I had to say.

“He’s given me some roles he wants me to concentrate on for this year’s series. Bill’s attention to detail is second to none, and that’s been the way he has played the game and that’s the way he’ll coach the side.

“It’s very humbling to be a part of the coaching staff but I’m also there to do a job and that is to make sure the team performs at the highest level.”

Originally published as ‘Some people have this aura about them’: Smith, Thurston confirmed as Slater’s Qld assistants