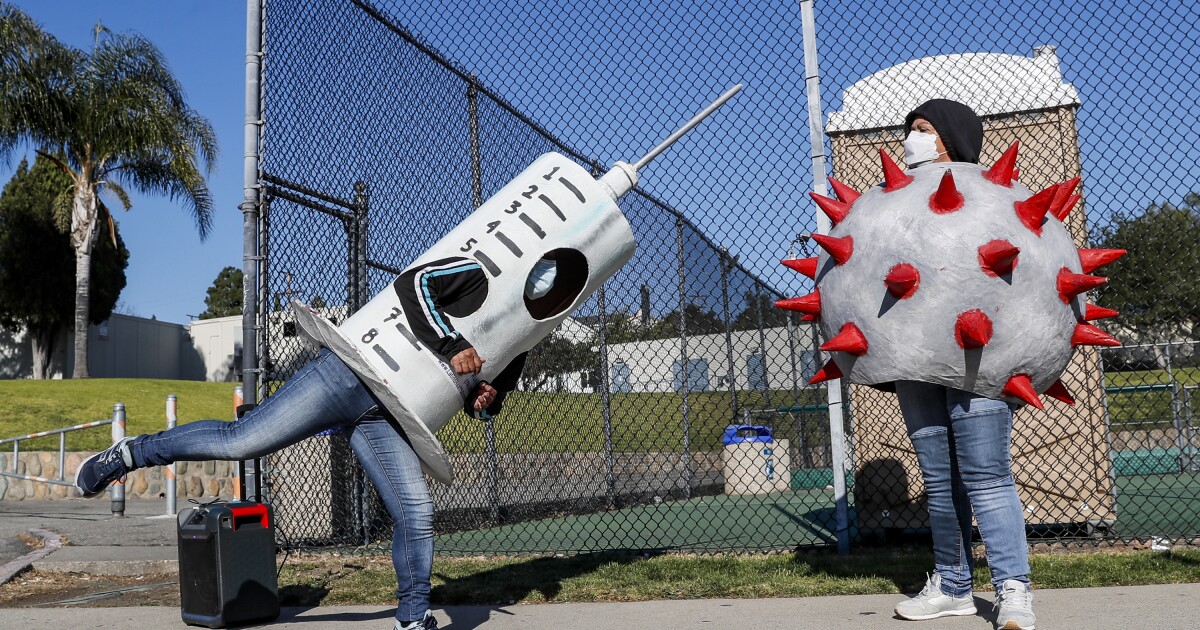 The additional booster doses — which amount to a fourth shot for those who originally got the Pfizer-BioNTech or Moderna vaccines, or a third jab for recipients of the Johnson & Johnson vaccine — are available to those who are at least four months removed from their initial booster.

A number of sites countywide will open initially to accommodate those seeking a second booster, and other locations may soon be available as well.

L.A. County is moving aggressively to offer the additional shots, which the U.S. Food and Drug Administration only officially authorized Tuesday for those age 50 and older. The timeline in other counties was not immediately clear.

Here’s what we know:

Where can I get a second booster?

More information on these and other vaccination sites is available at VaccinateLACounty.com.

Are there other options?

Officials said the additional boosters might soon be available from other providers, such as pharmacies and doctor’s offices, but those interested should check ahead.

Kaiser Permanente said Tuesday afternoon it was waiting for additional clinical guidance from the CDC, and will need to adjust its computer systems, before it can begin offering the second booster shot.

“As we have throughout the pandemic, when the Centers for Disease Control issues clinical guidance, Kaiser Permanente will administer second booster doses according to that guidance, and as soon as our systems and processes can be updated to safely administer these doses to the correct populations,” Kaiser said in a statement.

“It is important to note that the FDA also reiterated that data show an initial booster dose is critical in helping to protect all adults from the potentially severe outcomes of COVID-19,” that statement continued. “Those who have not received their initial booster dose are strongly encouraged to do so.”

Why is this happening now?

“Current evidence suggests some waning of protection over time against serious outcomes from COVID-19 in older and immunocompromised individuals,” said Dr. Peter Marks, director of the FDA’s Center for Biologics Evaluation and Research, in a statement. “Based on an analysis of emerging data, a second booster dose of either the Pfizer-BioNTech or Moderna COVID-19 vaccine could help increase protection levels for these higher-risk individuals.”

What are experts saying about when to get jabbed?

Dr. Peter Chin-Hong, a UC San Francisco infectious diseases expert, said in an interview that if he were advising his relatives, he might want those age 65 and older — and especially those 75 and older — to get the second booster shot.

Such a fourth dose might be helpful for people who are traveling to, say, a wedding or another country, and want to take additional steps to avoid getting infected.

Added Dr. Robert Kim-Farley, a UCLA epidemiologist and infectious disease expert: “We do note waning immunity following the third dose. And in some studies, a fourth dose has been able to bring the antibody level back up to what it was shortly after the third dose. That would imply additional protection,” Kim-Farley said in an interview.

Dr. Robert Wachter, chair of UC San Francisco’s Department of Medicine, said in a tweet Tuesday that he recommends getting the booster for those who are older or those at higher risk. It’s more of a toss-up for those at lower risk, but Wachter added that he thought the second booster would still be beneficial for them.