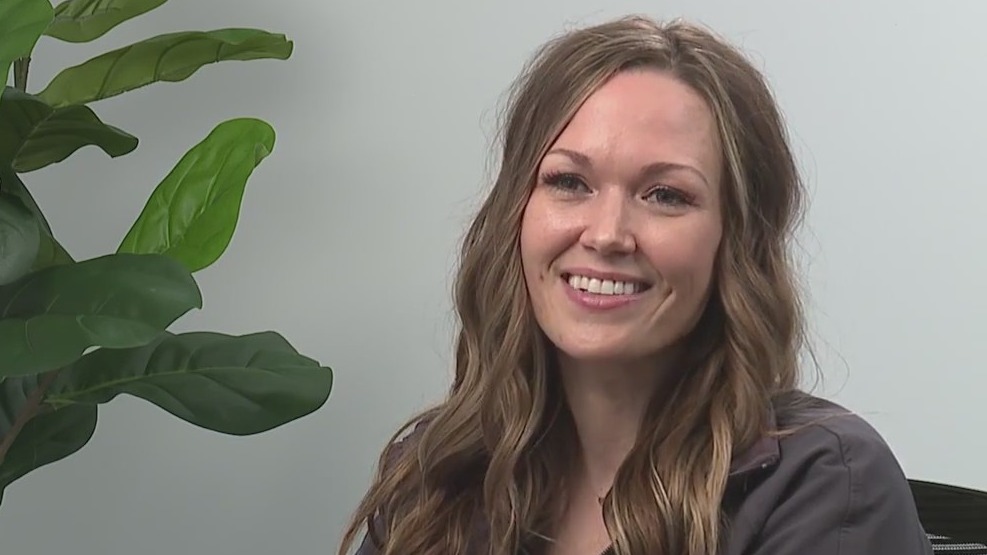 GREENSBORO, N.C. (WGHP) — Being a parent is not easy. I can only imagine what it was like to be Amanda Lefever’s parents.

She was in her second year of a full-ride leadership scholarship at Weber State University in Ogden, Utah, when she decided she wanted to become a business owner.

“And so I dropped out and walked away from my scholarship, and my parents were freaking out,” Lefever said. “They were very upset with that decision.”

Upset maybe, but perhaps not surprised.

While she was growing up in Roy, Utah, a city of about 40,000 about halfway between Ogden and Salt Lake City, Lefever’s dad worked three jobs to make ends meet. Her parents started and “exited” (as Amanda describes it) multiple businesses.

Her dad still owns and operates an auto care business, Paskett Auto Care, that’s been open in Roy for more than 20 years.

The entrepreneurship of her parents had an influence.

“When my friends were going out on weekends, I spent my days changing oil at my dad’s shop and babysitting kids in the evening for $.50 per kid, per hour,” she said. “A big night for me was a whopping $7.50 (5 hours wrangling 3 kids!)”

Fast-forward to her decision to drop out of college. She started working in residential and commercial construction at nearby Hill Air Force Base.

“I knew how to paint and hold the paint sprayer and all those things,” she said.

Soon, she was doing construction work at Creech Air Force Base outside Las Vegas. During this time, she attended a contractor certification class in Houston. A classmate happened to be Travis Lefever who had grown up in Wilkesboro, North Carolina.

Their work in industrial construction would lead to Amanda and Travis getting married, starting a family (They have three children!) and forming their current company, Mission Mobile Medical, in Greensboro in January of 2020.

“Travis was in specialty vehicles (for a short while) and then we had the construction background. And he had seen there was a market and nobody was really pursuing it,” she said.

It turned out to be a huge success. Lefever, who’s just 35 years old, says in a little more than two years it’s become the fastest-growing specialty vehicle company in the United States. It plans to turn out 100 vehicles in 2022.

The pandemic boosted the demand for mobile medical and dental clinics. So did the current trend in healthcare to take medical services out to where people live.

Each unit comes with a 10-year warranty. And the company offers service after the sale.

You can find Mission Mobile Medical units across the United States, from South Dakota to Arizona to Louisiana to Florida and yes, North Carolina. In fact, the company’s very first vehicle went to Med North, a non-profit in Wilmington.

Mission Mobile is also a Winnebago Dealer and certified converter for Winnebago. So it can and does sell brand new units to clients if they want them. But this is only about 5% of its business.

Mission Mobile Medical plans to double in size during the next two years, move into a bigger place, employ as many as 100 (it currently employs about 50) and pump more than $25 million into the local economy.

But this doesn’t mean Lefever’s lost that entrepreneurial spirit.

You can listen to 20 episodes of her “Raise Up” podcast in which she interviews CEOs and HR experts on the most effective ways to get a raise or promotion.

“I just see it (the podcast) as a way of serving people who are not sure of how they can advance or what they need to do in order to move up,” she said.

It’s a theme that carries over into the company’s mission.

“This team (at Mission Mobile Medical) is helping non-profits and people all over the country and in Canada reach some of our most vulnerable people who frankly some have forgotten,” she said. “And so it’s very powerful to look at what our clients are doing and how they’re serving and feel like we’ve played just a very small role in that.”

Oh, and as far as her getting that higher education: since she’s been in North Carolina, Lefever’s gone back to school and gotten bachelor’s and master’s degrees in business administration.

So maybe her parents aren’t quite as freaked out as they were. I’ve gotta think they’re very proud.