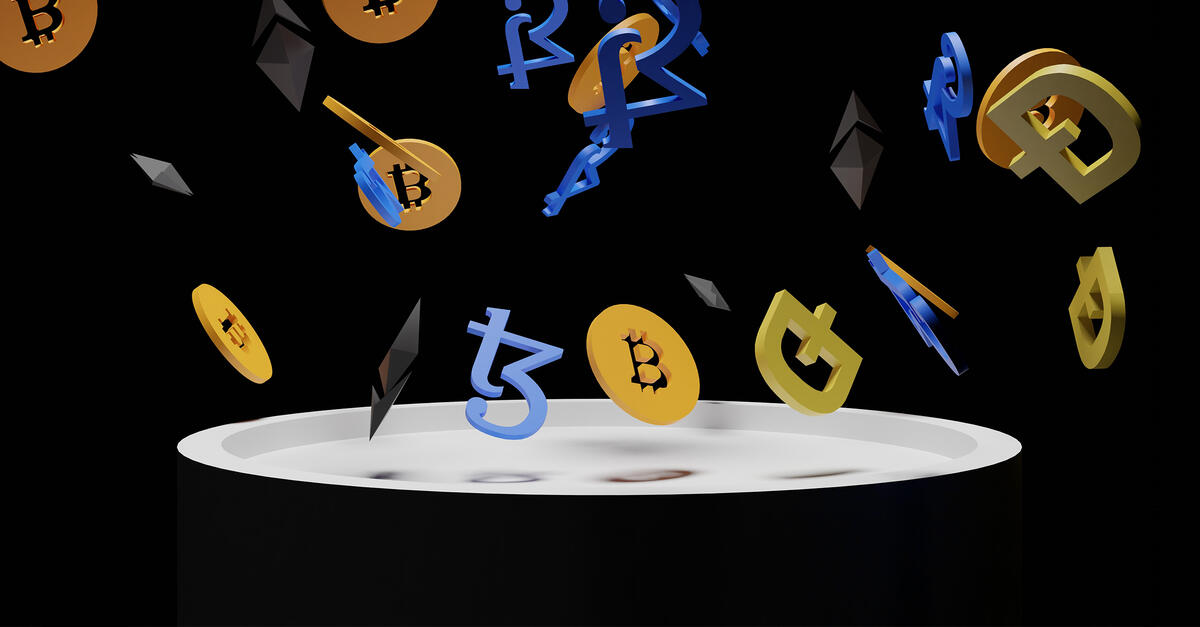 In the decade-plus since bitcoin was created, cryptocurrencies have become subject to wild fluctuations. Regulators are trying to figure out the best way to monitor and classify them, with plenty of disagreement and fine points to consider.

Some say that regulation is needed to protect investors; others worry that it will stifle competition and innovation.

Gary Gensler, chair of the Securities and Exchange Commission (SEC), has said that current financial regulations are solid and applicable enough to handle cryptocurrencies — even though, as critics point out, some of those rules were established in the 1930s.

Meanwhile, Hester Peirce, a commissioner on the Securities and Exchange Commission, has said that regulation should be modified as needed to account for the unique ways in which crypto operates. Peirce was among several speakers examining the status of regulation in cryptocurrency at the recent MIT Fintech Conference.

“What I would like us to do as regulators is to try to take a step back from thinking about how particular rules might apply and think more broadly of what objectives we’re trying to achieve,” she said. “And then see how can we work with aspects of the technology that make our job as regulators easier, and also allow exemptions from rules that don’t make a lot of sense in this space.”

The Biden administration weighed in on crypto regulation on March 9, signing an executive order that will develop a solid plan to regulate cryptocurrencies and develop a digital currency.

Here are talking points raised by the panel, which took place two weeks prior to the White House announcement:

Determine how to classify cryptocurrency

It’s been more than a decade since bitcoin was created, yet regulators are still wading through thorny, important questions.

One of the biggest challenges is resolving the question of whether crypto is an asset or a security.

When people use cryptocurrency to raise money to build a company, for example, “We think it looks like a security, and we say, ‘well, we have the authority over that,’” Peirce said. But that opens the door to more questions, she said, “because we have all kinds of rules around how securities can be bought and sold and who’s allowed to do what with them.”

“I think we have a lot of work to do,” Peirce said, especially as it relates to stablecoins, a digital currency usually pegged to a government currency. Banking regulators have started to suggest maybe they have authority over stablecoins, a $183 billion burgeoning market by one estimate.

But Peirce said there are implications if stablecoins end up labeled as securities. “The two worlds don’t merge very well, the securities world and this world of people trying to build out networks,” she said, referring to the decentralized, blockchain-based system of payments that underlies bitcoin and other cryptocurrencies. “How are we going to allow those networks to build and grow and decentralize and allow people to participate in them?”

Should cryptocurrencies have to abide by the same regulations as securities, or should new, bespoke rules be devised? Gensler has been quoted as saying the Howey Test from the 1940s still applies, but others aren’t convinced.

Many of the regulations that entrepreneurs have to comply with were penned nearly a century ago, said Stephanie Desanges, a senior manager in PayPal’s global business and market development for blockchain, crypto, and digital currencies.

Market integrity, consumer protection, and financial stability “are still very important goals,” but the methods to achieve them “are quite different now in 2022 compared to what we had in the 1930s,” she said. “I think we’re really looking for a willingness to reimagine and reconsider what might be possible given the technology that we have now.”

Peirce agreed, saying that there hasn’t been much willingness to envision how technology can be used in new ways to achieve investor protection and stability.

“My global, overarching concern about where regulation is, is that it seems to be standing in the way of progress instead of facilitating progress and experimentation,” she said.

Angela Dalton, CEO and founder of Signum Growth Capital, a broker dealer that provides mergers and acquisition advisory services for blockchain companies, said that it’s important to keep competition in mind when designing regulation so that new entrants can easily enter the fold.

“My fear is that we end up accidentally harming competition through regulation,” she said, noting an increased presence of well-funded lobbying groups in Washington.

Established players might “invest in moving things in a direction that harms competition and keeps new, exciting projects from coming up that might compete with them and help eat their lunch,” she said. “I want to make sure that we’re not entrenching incumbents, because I think that’s something that happened in the past with the financial system.”

Cryptocurrency is an industry that is predicated on having no borders and “goes where it wants to go,” said Sandra Ro, CEO of the Global Blockchain Business Council. As such, the regulatory environment is a patchwork of rules, “and that is definitely problematic.”

Regulations for cryptocurrencies vary substantially around the world, and having global coordination among regulators would help, said Ro, who is currently collaborating with regulators in Nigeria, Kenya, and South Korea.

“We need more of it, and it’s not just a U.S.-Europe conversation,” she said. “It needs to have everyone involved.”

Use technology to streamline regulation

Entrepreneurs often use cryptocurrency to raise money when starting a company, but it isn’t easy in the U.S. where “there are a lot of different pieces of the crypto regulatory puzzle right now,” Peirce said.

The SEC has authority over anything related to securities, whereas the Commodity Futures Trading Commission manages regulation of the crypto market, and there is a detrimental effect to this confusion.

“I think the average person, especially the average cryptographer technologist, does not really know the way the rules and regulations work in the U.S,” Dalton said. “A lot of people are deciding to leave the U.S. because they don’t really know how to merge onto the highway of regulation.”

Some industry experts hope that technology can help sort out this confusion.

Neha Narula, director of the Digital Currency Initiative at the MIT Media Lab, said that she’s been working with John Clippinger, a research scientist at MIT Media Lab, on new artificial intelligence applications to automate the measurement of decentralized autonomous organizations, or DAOs. (A DAO is comprised of a group of individuals who have entered into a contract together with a common objective in mind, usually to raise funds for a specific purpose.)

Narula said that the goal of the project is to understand “just how decentralized a project might be to lift the burden off of the technologists of figuring out all this regulation” and to help relieve the regulatory “murkiness” between actually launching an entity and its full decentralization.

“We need to do some assessments or maybe quantitative metrics to be able to take that burden off the projects and just be able to evaluate neatly where this project is in decentralization so that we know under what regulatory authorities it should operate,” she said.

Meanwhile, Ro said that empowering regulators with technology can help them regulate more effectively once it’s been established what the rules are.

“I actually see a world where a lot of the rules, once clarified, will be automated, and the regulators will still be there to oversee and enforce when things go wrong,” Ro said.

What’s next for cryptocurrencies?

Things are moving fast this year. Even before the March 9 announcement, the federal government has been studying the creation of a U.S. digital currency that would be backed by the Federal Reserve. Federal regulators are also trying to figure out how to police DAOs and treat stablecoins.

Peirce cautioned that regulation should be designed in a way that works for everyone, not just a few organizations, “which has been the case sometimes in financial regulation.”

“What I’m hoping for is a framework that does build in basic protections but at the same time allows people a lot of latitude to build things and experiment and try new things,” Peirce said.

Read next — Bitcoin: Who owns it, who mines it, who’s breaking the law