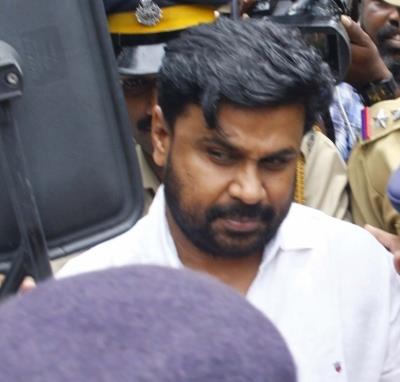 Kochi, March 28 (IANS) Actor Dileep appeared before the police probe team on Monday for questioning in the conspiracy case following a disclosure by his former friend and director Balachandrakumar that he had conspired to do away with the police officials probing the 2017 actress abduction case.

Last week, the actor was served a notice by the probe team to appear before it at the Aluva Police club.

The questioning would be centred around the possible evidence that the probe team is reported to have gathered from his and his close aides’ mobile phones that were surrendered for scientific examination on the court’s orders.

Earlier, the High Court had refused to suspend the further probe and later also nixed a stay sought by the actor into the probe.

Dileep suffered a rude jolt late last year when Balachandrakumar claimed that the actor had conspired to eliminate police officials who had investigated the 2017 actress abduction case in which he is the main accused and presently out on bail.

The actor’s counsel, however, have been arguing that the fresh disclosure were cooked up by the prosecution to book the actor and to fabricate evidence against him after the probe agency failed to find any concrete evidence against Dileep in the abduction case.

A frontline south Indian heroine had complained of being abducted and sexually assaulted by a gang of goons in 2017. Certain scenes were filmed to blackmail her. After main accused Sunil was arrested and questioned, Dileep was accused of being the main conspirator in the case and arrested.

According to the prosecution, Dileep, who is presently out on bail after spending two months in jail, had also seen the visuals of the attack on the actress.

Meanwhile, the probe team work is going on in full gear as the High Court has given a deadline to finish the probe latest by April 15th.


Legal Disclaimer: MENAFN provides the information “as is” without warranty of any kind. We do not accept any responsibility or liability for the accuracy, content, images, videos, licenses, completeness, legality, or reliability of the information contained in this article. If you have any complaints or copyright issues related to this article, kindly contact the provider above.