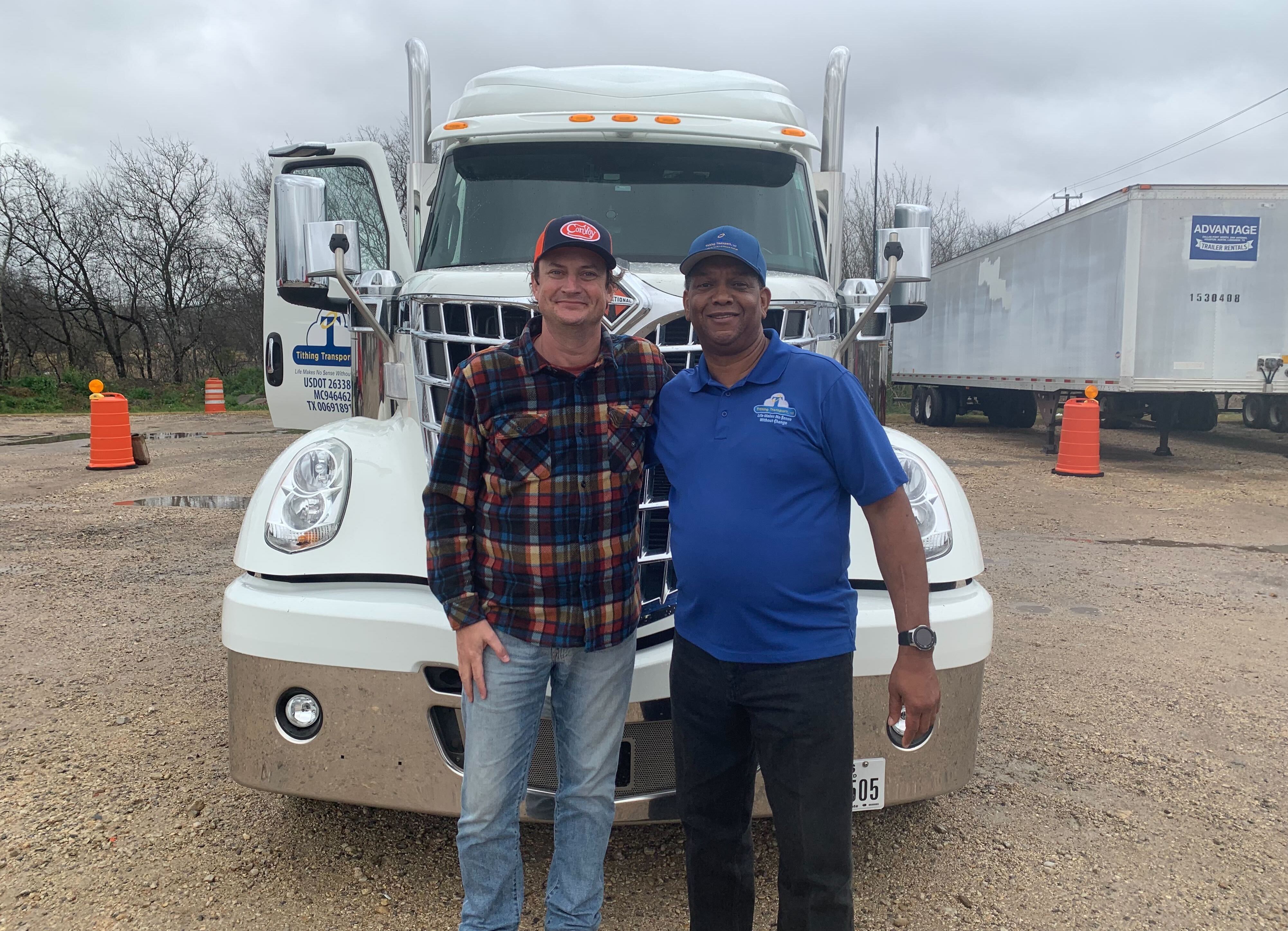 Grant Goodale left Seattle to find out just how rough a road it is these days for American truck drivers. Along the way, the co-founder of freight technology startup Convoy learned more about how his company’s software products might make for a smoother ride.

Goodale flew from Seattle to San Antonio, Texas, last week and rode shotgun with three different truckers on an 1,100-mile trip up to Louisville, Ky., where he spoke at the Mid-America Trucking Show.

He didn’t have to leave the Northwest if he wanted to wear a flannel and trucker cap to fit in. But it was good to get away from Convoy’s headquarters again, especially to check in with the company’s users after two years of the COVID-19 pandemic to see how their experiences have changed since 2020.

“There’s an old saying from the military — the map is not the terrain,” Goodale said. “You can look at data that tells you how people use your app. You can figure out ways to get user feedback in your app, but there’s no substitute for actually getting out there and observing it being used in the wild, so to speak.”

Goodale started his trip outside San Antonio with Thomas Singletary, owner/operator of Tithing Transport LLC. The two rode to Dallas where Goodale hooked up with Jacinda Duran, who goes by @jacindaladytruckn on social media. Duran got Goodale to Jackson, Tenn., where he met up with Mike and Dawn Owens for the last leg from Nashville to Louisville.

“I managed to run into pretty much every challenge truckers face along the way, but all the drivers that I rode with handled it with ease,” Goodale said. “It certainly gave me a lot of stories to share back to Convoy and help people understand what it is truckers do everyday.”

From a tornado scare near Dallas to high fuel prices, overcrowded parking lots and long weights to grab freight, Goodale got an eye and earful on his trip.

Founded in 2015, Convoy aims to increase earnings for truck drivers while simultaneously reducing cost for shippers by removing inefficiencies in the existing supply chain. Truck drivers download Convoy’s free app to find work without going through brokers who typically use emails and phone calls.

The company is one of the highest-valued privately held startups in the Seattle region. It raised $400 million at a $2.7 billion valuation in November 2019 and employs more than 1,000 people at offices in Seattle and Atlanta.

Among the challenges facing truckers, the spike in fuel costs in the wake of the Russian invasion of Ukraine was 100% top of mind.

“I think the common thread through all of my trips with these carriers was that the sudden rise in fuel prices is not matched with a similar scale rise in freight rates,” Goodale said. “And so they’re not earning as much as fuel is costing. That’s squeezing these small carriers.”

In a job where they’re being paid by the mile rather than the hour, it’s more important than ever to ensure that truckers have as many loaded miles as possible.

“That’s one of the ways Convoy’s trying to help solve this problem for our carriers is by getting them more work per week, and fewer deadhead miles so they’re not eating the cost of the fuel between between jobs,” Goodale said.

All of the truckers obviously want to earn more with less hassle. Goodale got to witness how Duran sat in a line of trucks for more than an hour at a facility where she was scheduled to pick up a loaded trailer — she didn’t even need access to a loading dock, just a 5-minute hitch and leave.

Elsewhere, Goodale saw how big a hassle it is to find parking, whether it’s at a truck stop or on crowded freeway on-ramps.

“One of the things that this trip sort of brought into focus for me is the degree of waiting and wasted time that all of these carriers have to deal with on a daily basis,” Goodale said.

Without tipping his hand to Convoy’s future product road map, Goodale said there are several things that he saw that he thinks the company can actually help with materially, and along the way he was sharing trucker feedback with Convoy’s design and user experience team.

He did say pain points such as how truckers use the app’s auction mechanism and how they think about bidding on freight could be a focus in making the product better.

At the end of the road, Goodale said he wasn’t ready to leave his Seattle software engineer lifestyle to become a long-haul trucker. But he was refreshed by the passion of the truckers he rode with and the freedom that the job gives them.

“I don’t care what software you build, it will be used in ways you don’t expect,” Goodale said. “You have to build that muscle of working with the users directly, observing how they use it, seeing the environment they’re using it in, and really bringing that information back and leveraging it to produce better products.”