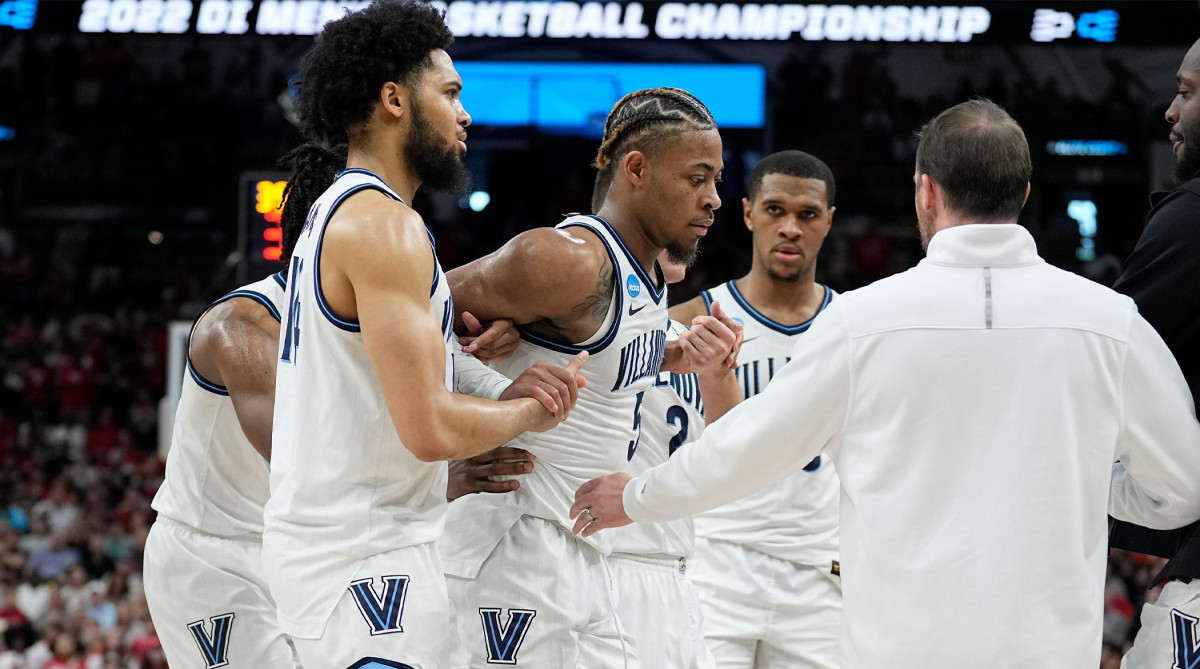 Villanova is headed to its third Final Four since 2016, but the program could be making the trip to New Orleans without one of its star players.

Junior guard Justin Moore suffered a potentially serious lower leg injury in the closing moments of Saturday’s 50–44 win over Houston in the Elite Eight. Moments after the final whistle, a visibly distraught Moore was consoled by teammates as the celebration commenced.

Moore did not participate in the rest of the postgame ceremony and was spotted heading into the locker room with crutches after hugging coach Jay Wright, according to USA Today’s Dan Wolken.

Moore exited the contest with less than 40 seconds remaining after slipping and falling while extending his right leg on an attempted drive to the basket. The play resulted in a turnover as Houston forced a jump ball possession with Villanova leading 48–44.

On a night where both teams struggled mightily from the floor, Moore contributed eight points on 2-for-10 shooting from the field, along with two rebounds, one steal and a block.

Given the lack of depth in the Wildcats’s backcourt behind Moore and two-time Big East Player of the Year Collin Gillespie, Wright’s squad could be in for an uphill battle in the Final Four if Moore’s injury proves to be as debilitating as it appeared.