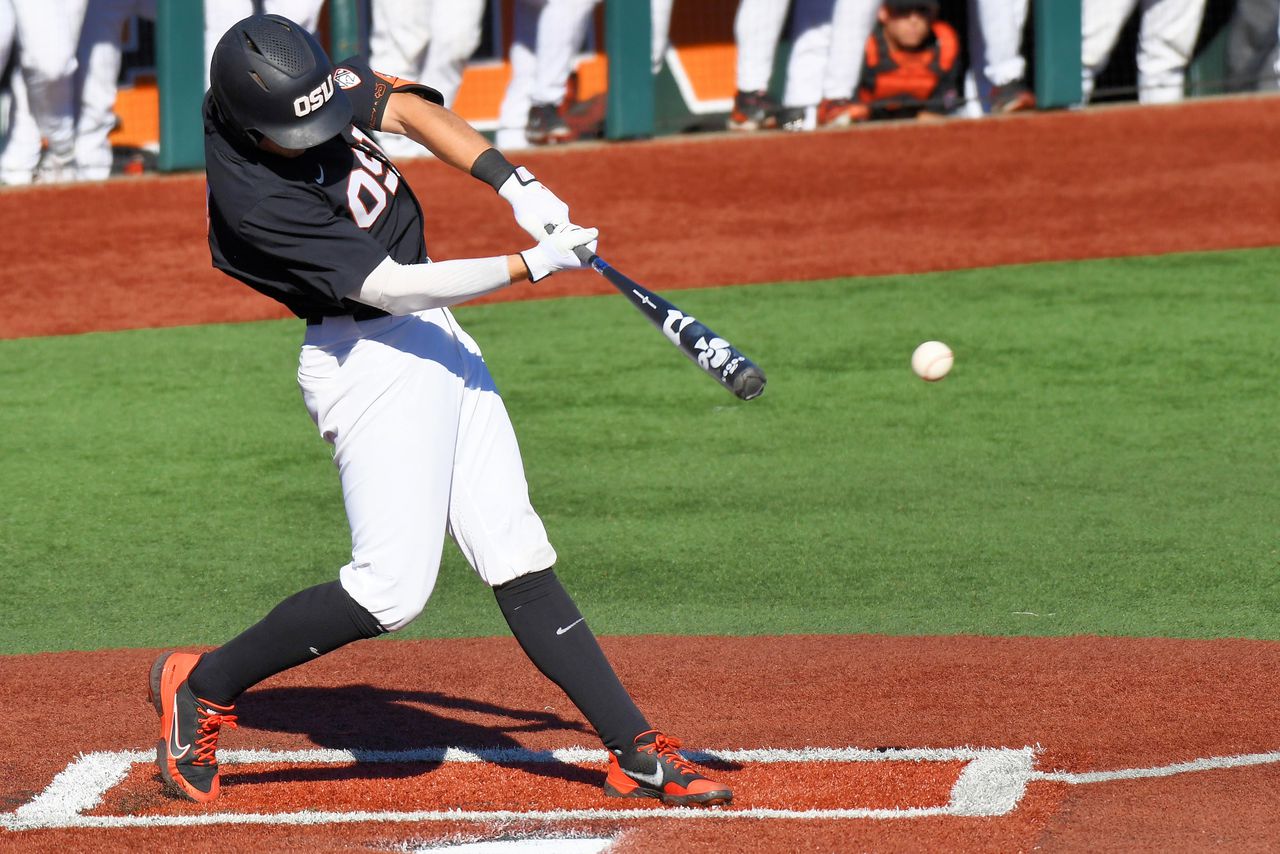 The sixth-ranked Beavers won the opener, 10-4, as ace Cooper Hjerpe improved to 6-0 and the lineup continued to own opposing pitching. It was the Beavers’ 12 win in the last 13 games of the series.

Here are details about today’s game:

How to watch live stream online: You can watch the game live for FREE with fuboTV (free trial). You can also get this game on Sling (promotional offers) if you are out of fuboTV trials, or simply prefer their platform and their pricing plans. If you already have a cable subscription, you can visit the OSU baseball schedule page and click the “watch” link, or watch on Pac-12 Live with your cable provider login. You can also listen live online by accessing the live broadcast tab on the baseball schedule page or via via the Varsity Network application on smartphones and tablets.

This and that: The Beavers improved to 6-0 in Friday games this season. They’ve outscored Friday opponents 81-10. … Nine OSU players recorded a hit in the opener and five had multi-hit games. One of them, outfielder Justin Boyd, went 2 for 4 with two runs scored to record his 10th multi-hit game of the season. He also stole his 13th base of the season — and sixth in the last four games — in the fifth inning. With two more two stolen bases, Boyd would reach 15 and become the first OSU player with 15 or more in a season since Nick Madrigal had 15 in 2018. … Jacob Melton went 2 for 5 with a homer, double and two RBIs in the opener. He leads the Pac-12 in home runs (nine) and RBIs (37) and ranks fourth in batting average (.412). … Boyd ranks fifth in the conference in batting average (.406). … Jacob Kmatz, today’s starter, has earned wins in four of his five appearances this season. In his last start, a win over Arizona State last Saturday, the freshman right-hander allowed two hits and two runs, while striking out five, over 5 2/3 innings. … Travis Bazzana went 2 for 5 with two runs scored Friday, extending his hitting streak to eight games. The freshman second baseman is batting .385 (15 for 39) with three doubles, two home runs and 15 RBIs during the streak. … OSU is 10-1 on the road this season.

— Joe Freeman | jfreeman@oregonian.com | 503-294-5183 | @BlazerFreeman | Subscribe to The Oregonian/OregonLive newsletters and podcasts for the latest news and top stories.