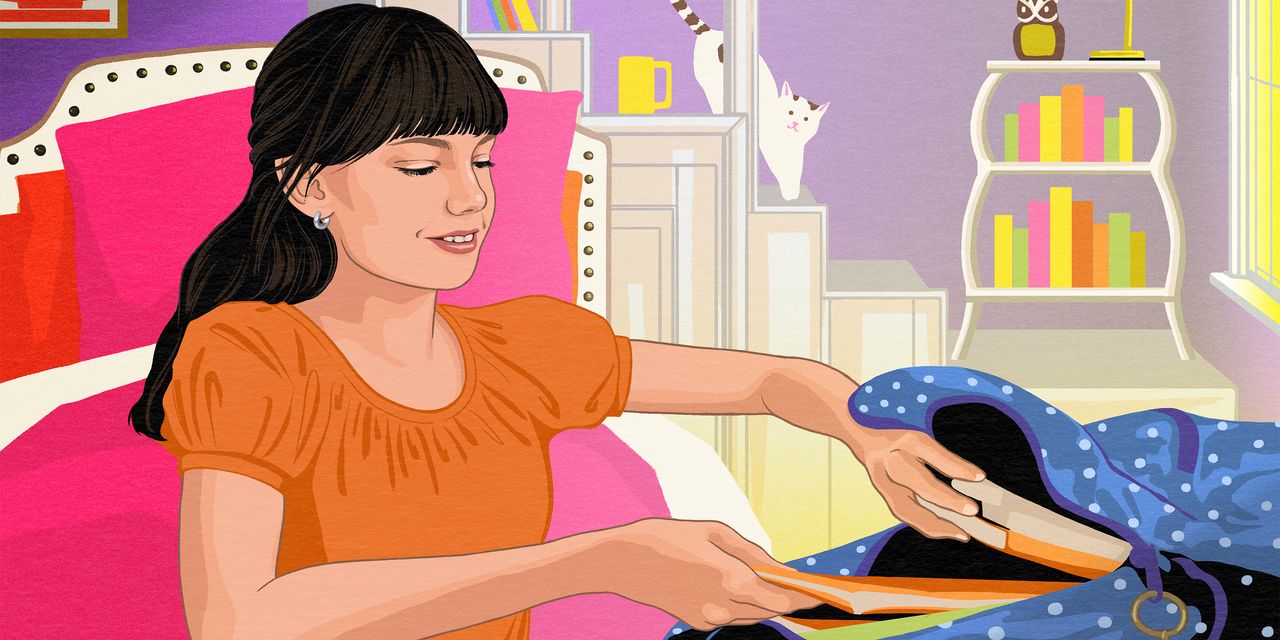 The Covid-19 pandemic accelerated a decades-long trend of adolescents getting less sleep. A study of undergraduates at the University of Colorado, Boulder, found that when stay-at-home orders went into effect in March 2020, students’ sleep initially increased by an average of 30 minutes a night. But as the year went on, a combination of anxiety, heavy technology use and spending a lot of time in their bedrooms led to less sleep for many teens. A survey conducted by the nonprofit Challenge Success found that in the fall of 2020, the average 12th-grader was sleeping only 6.4 hours per night.

Teen sleep is now a scarce resource. A study of middle and high schoolers in the 1990s found their average sleep time was 7.53 hours, which is less than optimal but near adequate levels. By 2006, that number had dwindled by half an hour. An analysis of 270,000 middle and high schoolers found that between 1996 and 2012 there was a significant rise in the percentage of teens who slept less than seven hours per night, with the greatest drop-off in sleep time occurring among 15-year-olds. By age 15, most kids go to bed later than their parents and share a pillow with their phones. Many parents of teenagers have no idea what time their child goes to bed or how much they actually sleep.

“If teens could set their own ideal sleep schedules, most would sleep around nine hours, beginning at roughly 10 or 11 p.m.”

Part of the reason for this night owl tendency is a natural delay in the body’s sleep clock. During adolescence, our circadian rhythms—governed by a collection of neurons in the brain called the suprachiasmatic nuclei (SCN), or the “master clock”—undergo a timing shift. Teens are biologically programmed to go to bed later and wake up later than younger children and adults. If teens could set their own ideal sleep schedules, most would sleep around nine hours, beginning at roughly 10 or 11 p.m.

For most people this preference for later sleep begins around age 12, and reaches its peak at age 19.5 for girls and 21 for boys. In our 20s, we tip back toward a morning preference again. This is a phenomenon that has been observed across cultures and even across species. Mammals including rhesus monkeys, marmosets and mice experience a delay in their internal clock around the time of puberty.

The sleep phase delay naturally shifts teenagers’ sleep somewhat later. But technology, social media and academic overload exacerbate the change, pushing sleep times to an unnatural and often unhealthy point. Modern life takes advantage of and accentuates the sleep phase delay and keeps teenagers awake way beyond a natural bedtime. Too-early high school start times then truncate teen sleep in the morning, so that sleep is squeezed at both ends. The result is that today’s teens are the most sleep-deprived population in human history. It’s not a coincidence that they are also experiencing a rise in mental health issues.

Light and darkness are among the most powerful forces controlling sleep and can be used to help teens stay in sync. Our eyes and brains evolved to respond to sunlight as an indicator that it’s daytime and we should be alert, while darkness allows for the release of melatonin and other drowsiness chemicals. But now indoor lighting, computer screens and phones can send the same signals.

What should parents and schools do to help teenagers get enough sleep? Join the conversation below.

To make matters worse, research has pointed to adolescents being more sensitive to evening light and therefore prone to an accentuated delay in falling asleep. Young adolescents aged 11 to 14 have been shown to be incredibly sensitive to even low levels of evening light, making their circadian rhythms particularly easy to trick with bright electronic screens. To a large degree, this explains why teen sleep has declined alarmingly in recent years, as we have ever more sources of light from our homes and devices.

The cells in our eyes that set the circadian rhythms respond best to the sun, so morning sunlight is particularly effective, starting a timer in the brain that sets the stage for the sleep that will come 15 or so hours later. A good rule of thumb for teens is to go outside for breakfast and walk to school if possible; on weekends, they should go for a walk or run when they first wake up. After morning has passed, the circadian rhythms have moved on and light will no longer advance the clock.

Getting enough sunlight is more challenging on short days in the wintertime when teens wake up in darkness, especially if school starts too early. When kids go straight from home into a building with no sunlight, their internal clocks remain out of sync. Schools can help by moving start times to 8:30 a.m. or later, making sure classrooms have as much sunlight as possible and changing schedules to allow students to have first period outside, in physical education or otherwise.

Teens should eat outside and have class discussions or writing exercises outside whenever possible, especially in the first half of the day. This will help them be alert in class and also fall asleep easier at night. With a full night, all the dynamic work of sleep is complete and young people start the day with a full tank, ready to learn, take on challenges, and see the world through capable and positive eyes.

—Ms. Turgeon and Ms. Wright are psychotherapists and sleep specialists. This essay is adapted from their new book, “Generation Sleepless: Why Tweens and Teens Aren’t Sleeping Enough and How We Can Help Them,” which will be published on March 29 by TarcherPerigee.